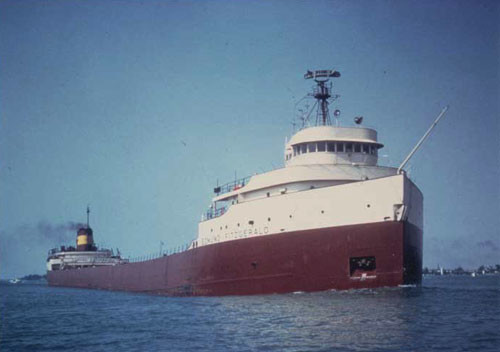 We Are Holding Our Own

“We Are Holding Our Own” tells the story of the Edmund Fitzgerald, the ore carrier that sunk in Lake Superior in 1975. Named for the last five words heard from the ship minutes before its disappearance, the documentary features exclusive audio recordings of ship-to-shore radio transmissions, expeditions to the site of the wreck, and the last interview ever given by the captain of the last ship in contact with the Fitzgerald. This documentary was produced by Mike Simonson.