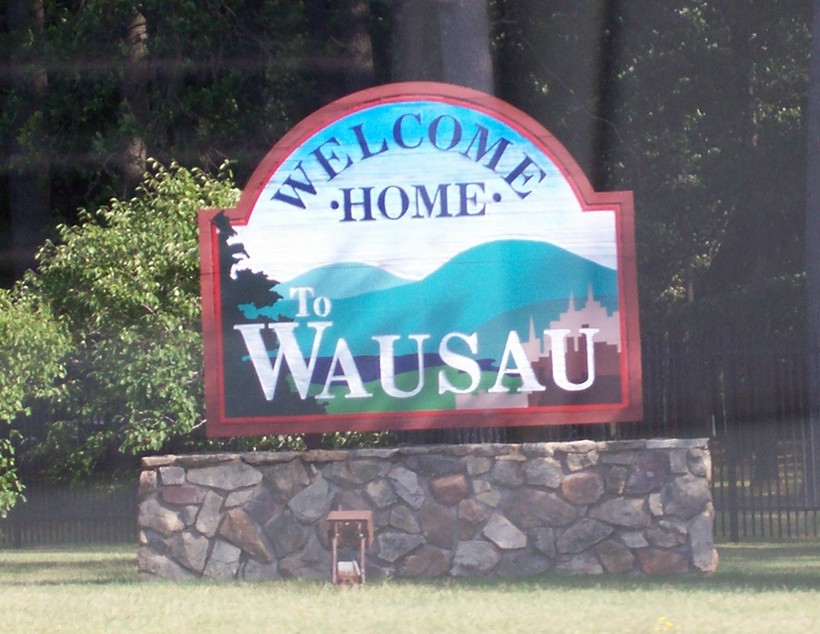 The first of about two dozen Afghan refugee families have started to arrive in the Wausau area. Church groups and other community members are showing up to welcome their new neighbors and assist them in navigating the resettlement process.

Gwen Paul is the executive director of New Beginnings for Refugees, a volunteer-run nonprofit helping to lead these efforts. She said the evacuees have been waiting to get settled.

"Many of our new neighbors have spent several months now in any one of the forts around the U.S., you know, just in a holding pattern, wondering what's coming next," Paul said on Wisconsin Public Radio's "The Morning Show". "It's just incredible, everything that they've gone through, and we're just so happy to be able to be involved and welcoming them here in Wausau.”

New Beginnings was founded last year by pastor Rebecca Voss and members of her congregation at Wausau's First United Methodist Church, or FUMC. In an effort to make Central Wisconsin a more welcoming place for refugees, the group collaborated with the Ethiopian Community Development Council to open a refugee resettlement agency in Wausau.

Paul said they have welcomed 28 Afghan refugees so far, but they expect that number to grow to more than 100 and are looking to Stevens Point as a supplemental resettlement location.

But fleeing one's country to settle in a foreign land is far from easy.

"It's like they've been through a fire. So, they're coming with nothing. Their assets were all locked in their country. They are completely starting over," said Paul.

Local volunteers have been a key part of ensuring the transition is as smooth as possible. Co-sponsorship teams commit to supporting a family through the initial weeks and months after their arrival. They furnish apartments, stock pantries, provide transportation to appointments and assist with setting up utilities, internet or school enrollment.

Katherine Wright is a member of Wausau’s First Presbyterian Church. Along with members from her own church and FUMC, Wright is assisting a family of eight who arrived last month. She said the first few weeks have been filled with logistics.

"Where do you go in Wausau to apply for fuel assistance? How do you get to the food pantries? What is the bus system like here? There have been a lot of steep learning curves," said Wright in an interview.

Since arriving in the United States, refugees have engaged in mandated cultural orientation courses, which will continue in the months ahead.

"We're talking about taxes and finances and, you know, safety procedures in the U.S. and how our educational system works. It's endless," said Paul.

And she said the learning curve isn't just for the newcomers. One of their first "a-ha" moments as volunteers was when they took families grocery shopping for the first time.

"They're wanting to buy 10 pounds of Roma tomatoes, and, you know, 20 cucumbers. And we had stocked their shelves with canned food and mac and cheese," said Paul.

She added that the experience forced some volunteers to reflect on their own eating habits.

In addition to greeting families at the airport, sponsorship teams prepare a culturally appropriate meal for their first night.

"We cooked (the family) Kabuli, an Afghan dish that has rice and chicken and carrots and raisins. And they were happy to eat it even though it was 11:15 p.m. in the evening when they finally sat down to the table," said Lin Strong, another member of Wright's sponsorship team.

In the past, Strong was a coordinator for foreign exchange students. One of her own exchange daughters was from Afghanistan and the two are still close, so when Voss called on members of her FUMC congregation to support Afghan refugees this summer, Strong volunteered to lead the efforts.

She started collecting clothing over the summer for refugees in Fort McCoy and is now working with Wright and others to help Matiullah Matie and his family build a new life in Wausau. She said she's been overwhelmed by the community’s generosity.

"What I'm finding out is that the desire to give in the community is strong," Strong said in an interview, adding that donations have continued to pour in for the newly arrived families.

"Just this morning, somebody asked, 'Could they use a printer?' I opened my door yesterday and there was a box of children's toys sitting on my doorstep. People seem to be really welcoming them and glad to help them here," said Strong.

But even with a willing community, there are many challenges to overcome — language barriers, housing shortages and lack of transportation all make successful resettlement difficult. One of the biggest barriers can often be opposition fueled by xenophobia.

"We also recognize that we can't change everyone's minds. So, you know, some of that negativity, you just have to let roll off. We can only do so much," said Paul. "If they are lucky enough to be able to meet some of our new neighbors. It's in those exchanges that you might have your mind changed," said Paul.

When Marathon County Board voted down the resolution to be a "Community for All," Mayor Katie Rosenberg and the City Council adopted the phrase for the city of Wausau.

Advocates say the city learned a lot from resettling Hmong refugees over the past several decades. While Wausau now has one of the highest concentrations of Hmong people in the nation, their resettlement and integration process was not exactly smooth. Advocates are working to ensure newly arrived Afghan refugees have a better experience.

"We're just a lot more prepared. We did not have a national refugee resettlement agency here in Wausau at the time. And that makes a huge difference," said Wright.

In part, this has been a shift in how the city thinks about refugee resettlement.

"We're looking at this as an ongoing process by which we’ll bring in 75 to 100 people every year. So it'll be a chance for the community to grow and expand, without flooding," said Wright.

Ethiopian Community Development Council and New Beginnings are working closely with the city's chamber of commerce to help newcomers integrate into society.

"We've had dozens and dozens of employers reach out to us and say, you know, please add us to your list. We want to be available as an employer for these new neighbors. So, you know, that speaks a lot to the benefit that they can bring," said Paul.

"The sky's the limit as to how this could play out," said Paul.

If you are interested in donating or volunteering to support refugees in Central Wisconsin, visit  www.newbeginningswi.org/ways-to-help