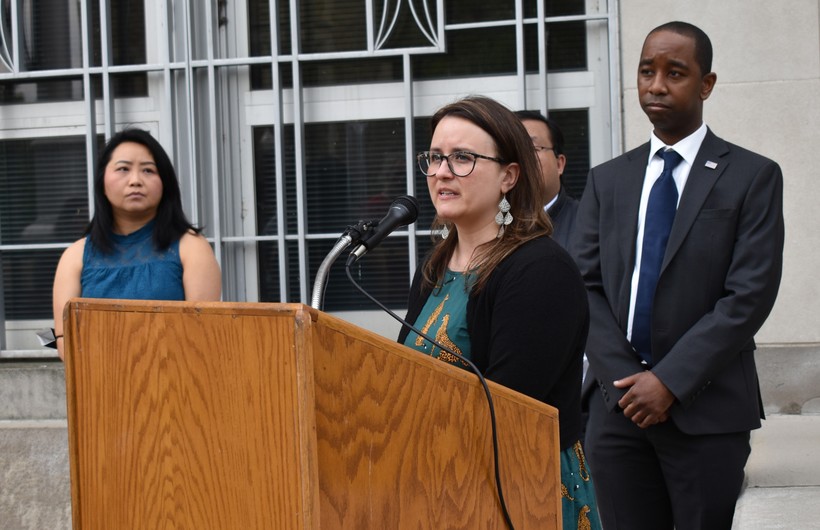 Wausau Mayor Katie Rosenberg speaks at a press conference announcing the declaration of Wausau as a "Community for All," Tuesday, May 18, 2021. Rob Mentzer/WPR

After County Votes Down Diversity Resolution, Wausau Mayor Declares City 'Community For All'

Just days after a resolution embracing diversity was voted down at the Marathon County Board, the mayor of the county's largest city on Tuesday declared Wausau a "Community for All."

The declaration in a press conference outside Wausau's City Hall follows a monthslong effort by County Board members to pass a similar resolution. Last week that effort failed in a vote at the board’s Executive Committee. Wausau's proclamation also comes on the same day the New York Times reported on the county's effort, including quoting racist statements made by a Marathon County Board member.

That story, and the national spotlight it put on Wausau and Marathon County, was the reason for the declaration, said Wausau Mayor Katie Rosenberg.

"It was devastating to read that about my community," Rosenberg said. "I felt it was necessary for us to make a strong, unified statement that we are a community for all, despite what we read in those comments in that article."

Members of the County Board's Diversity Commission first introduced a resolution declaring the community "No Place for Hate" in the wake of the social justice movement started by the murder of George Floyd in 2020 and in response to a national rise in hate crimes targeting Asian Americans. Advocates repeatedly revised the language and content of the resolution, settling on the name "Community for All" and pushing for passage this year.

That effort faced a backlash from community members and elected leaders. The chair of the local Republican Party spoke against it at a town hall meeting, calling it "critical race theory in its infancy."

Perhaps the most inflammatory comments came from longtime Marathon County Board member Arnold Schlei of Easton, who was quoted by the New York Times saying, "You can't come around and tell people that work their tails off from daylight to dark and tell them that they got white privilege and they're racist and they've got to treat the Hmongs and the coloreds and the gays better because they're racist. People are sick of it."

Those comments in particular were widely shared on social media, with many commenters holding them up as an example of the broader community's racism. The resolution itself did not address white privilege or accuse any community member of racism. 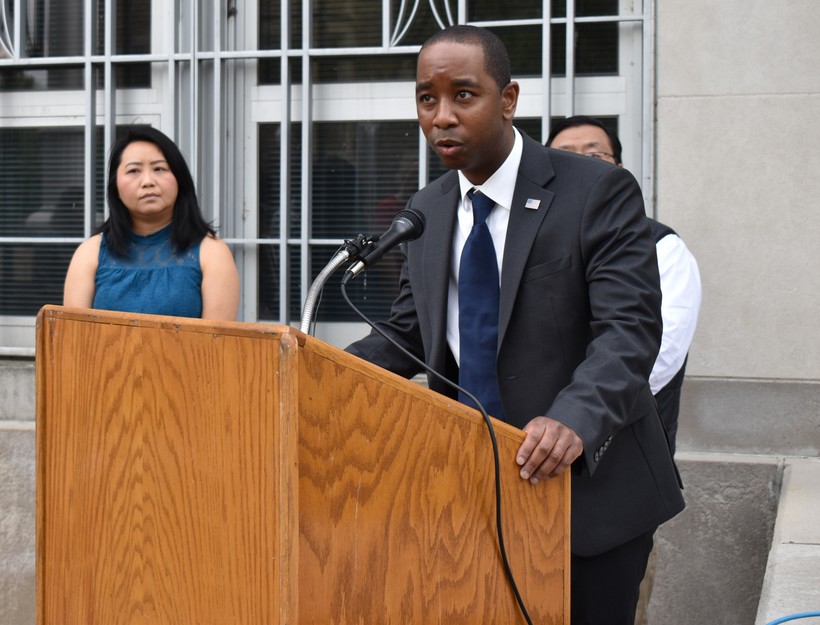 At Tuesday's press conference, Marathon County Board member William Harris, who is the first Black person to hold elected office in the county, urged the community to move beyond division and to redouble efforts to embrace the central Wisconsin community's diversity.

"Words do matter," said Ka Lo, who is Hmong and serves on the County Board and the Wausau School Board. "We do care about this community. ... There are great people here."

Harris and Yee Leng Xiong, a County Board member and the executive director of the Hmong American Center, said they will continue to work to build support for the resolution and its message.

Late in the press conference, Felysity Niles, who is Hmong, asked the leaders what their message would be to young people of color who live in the area "who, when they read that article this morning, their immediate reaction was ... 'I don’t know if I want to live here anymore.'"

Niles told WPR she was heartbroken by the conflict over a diversity resolution described in the story. But she said she felt a bit more optimistic after the press conference.