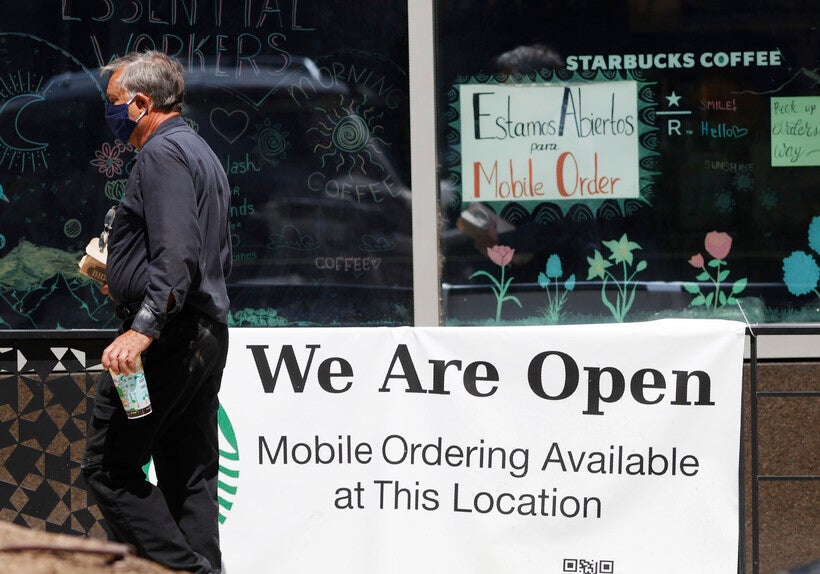 With Vaccinations Rising In Wisconsin, Are Small Businesses Preparing To Ramp Back Up?

As more Wisconsinites get vaccinated, some small businesses across the state are ramping up for an expected uptick in customers.

Omar Shaikh, partner at Carnevor steakhouse and 3rd Street Market Hall at the Avenue in Milwaukee, said he has already seen business increase since February.

"I'm seeing (customers) that I haven't seen in a year, and they're coming in and saying, 'Hey, it's so good to see you, Omar,'" Shaikh said. "A lot of them are post-65 years old and they just say, 'Hey, I just got my second shot, I'm coming in for dinner."

As of Wednesday, just over 19 percent of the Wisconsin's vaccine-eligible population had received their first dose, according to the state Department of Health Services. Nearly 11 percent had gotten both the first and second doses, meaning they are fully vaccinated.

"We're definitely busier than we were a month ago," Kiminski said.

But as many Wisconsinites slowly start returning to their pre-pandemic activities, like dining out at restaurants and going to sporting events, Wisconsin's small businesses are navigating new questions, like how much staffing and inventory they'll need to meet uncertain demand, and how their customers' preferences have changed over the last year.

Tessa Conroy, regional economist and small business expert at the University of Wisconsin-Madison, said that many people have gotten used to shopping online and getting their dinner delivered.

"Some of those habits might change and (that) has consequences for businesses that offer the types of goods and services where consumers have changed the way they buy things," Conroy said.

Kiminski said she's seen that over the last several months at her business, noting a shift in when customers are coming to her store.

"People just haven't been out early shopping in the morning," Kiminski said, adding that early to late afternoon is their busiest time now. "I don't know if people are shifting ... They're more shopping, like, on their lunch hour."

Shaikh said "all of the meetings that we've been having ... at Carnevor" are about figuring out how much food the restaurant should be buying and the right level of staffing as they see their business start to shift back.

"It comes down to, well ... we're closed Sunday and Mondays right, but we have to really start talking about ramping up and opening up six or seven days a week again like we did for pre-COVID levels (of business)," Shaikh said. "That means that we're going to have to hire more people now, because some people through the pandemic didn't want to come back and some people won't come back. And so it's like you're kind of starting all over again."

Tori Gerding, owner of Ancora Coffee in Madison, said local capacity restrictions and social distancing will continue to be a challenge for her cafes, even as more people in the state get vaccinated.

"There's so few restaurants out there that were actually built to be profitable when only full to 50 percent, so it's still going to be a fight for survival until a lot of the restrictions are raised," Gerding said.

The state has also already lost a large portion of its small businesses. As of late February 2021, the number of small businesses open in Wisconsin had dropped by almost one-third compared to January 2020, according data compiled by Harvard University's "Track the Recovery" website.

Some sectors have taken even harder hits, like leisure and hospitality which has more than 45 percent fewer open businesses than its pre-pandemic levels in Wisconsin.

Conroy said it's not clear how many of those businesses will come back, but she noted that applications for new businesses in Wisconsin are up — a good sign for the state's economy.

"It does seem to be the case that people are identifying opportunities, that there's a pool of entrepreneurs out there ready to ... go back out on the market with their goods and services, Conrory said. "So I also think that we might see some new businesses - that there is potential for a robust recovery."