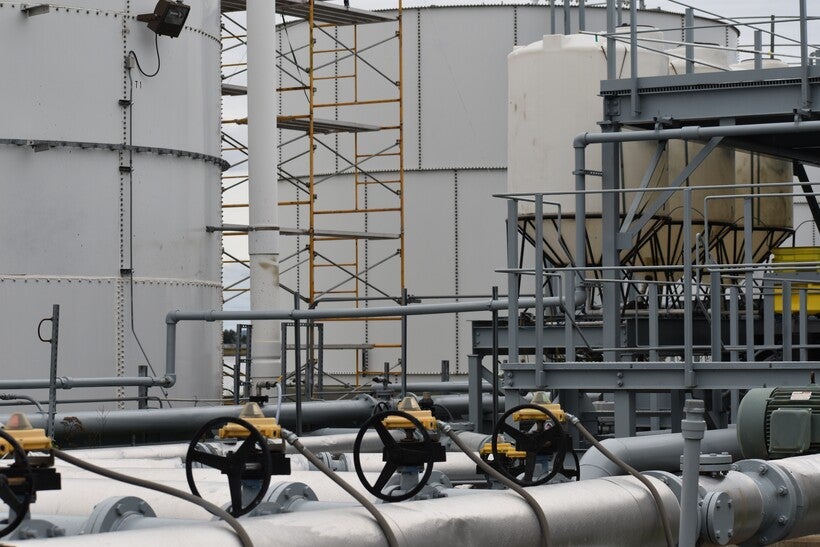 The University of Wisconsin-Superior is receiving $5 million in federal funding to support research on ballast water treatment at its testing facility in Superior. Danielle Kaeding/WPR

The University of Wisconsin-Superior is receiving $5 million in federal funding as part of a five-year plan to speed up ballast water research and testing of new technologies to prevent the spread of invasive species in the Great Lakes.

Federal and congressional officials made the announcement on Tuesday at the university's facility in Superior, which is the only land-based facility in the Great Lakes region that tests ballast water treatment systems.

The $5 million is part of an additional $20 million allocated by Congress to the Great Lakes Restoration Initiative last year, according to Doug Benevento, the U.S Environmental Protection Agency's associate deputy administrator. He said invasive species are one of the biggest threats facing the Great Lakes.

"GLRI has always had invasive species prevention and management as a priority," said Benevento. "(Congress) wanted even more progress made, especially in prevention of new introductions."

The funding is being awarded through the U.S. Maritime Administration to support a new five-year ballast water research and development plan for the Great Lakes that will be spearheaded by the university's Lake Superior Research Institute as part of the Great Waters Research Collaborative. The university is partnering with the EPA, Coast Guard and Maritime Administration on the plan. 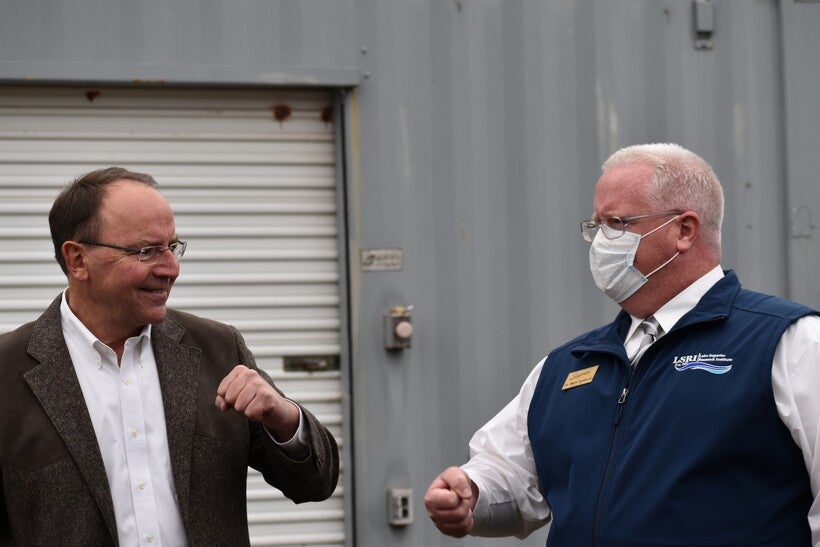 Scientists are seeking to address challenges and research gaps with development of new treatment technologies for vessels on the Great Lakes, according to Kelsey Prihoda, an LSRI assistant scientist and the collaborative's program manager.

Prihoda said the research will focus on unique characteristics of Great Lakes ships and water conditions that can pose a challenge for development of successful treatment systems.

"What we hope to do is to kind of look at the data, the unique aspects of the shipping community here, also the water quality, and be able to tailor a testing program for these technologies for the Great Lakes," said Prihoda.

Lake vessels or "lakers" can span 1,000 feet and carry up to 70,000 tons of cargo per ship. The vessels can discharge more than 16 million gallons of ballast water. Prihoda said only lake freighters built after 2009 are required to treat ballast water on the Great Lakes, adding those that include treatment systems are rare.

Researchers note it may be years before ballast water treatment systems are installed widely aboard ships. As part of the plan, Prihoda said they will also examine best practices that currently exist in addition to other strategies that might reduce the risk of spreading invasive species through ships' ballast water.

The funding announcement is a huge boost to ballast water control efforts on the Great Lakes, according to Jeff Stollenwerk, director of government and environmental affairs with the Duluth Seaway Port Authority.

"The vessels that we see most often on the lakes are highly customized vessels with very high-rate ballast pumps. They operate in very fresh water, cold and cold water, which all combined creates very unique and challenging conditions for ballast water treatment systems," said Stollenwerk.

Stollenwerk also chairs the advisory committee for the Great Waters Research Collaborative, which will address development of appropriate standards for controlling invasive species and verifying technologies to meet those standards.

The shipping industry welcomes further investment in ballast water research and testing, according to Jim Weakley, president of the Lake Carriers' Association that represents 46 U.S.-flagged vessels on the Great Lakes.

"We've always said we're willing to do anything we can to reduce that risk," said Weakley.

The U.S. and Canadian governments have required ocean-going ships to flush their ballast water from foreign ports and take in salt water as they traverse the ocean in a technique called "swish and spit" since 2006. The ballast water exchange of salt water is thought to kill any freshwater invaders before they reach the Great Lakes.

Weakley said that technique has helped slow the introduction of new species into the Great Lakes, but he highlighted that lake vessels operate within a completely different environment.

"We can't use saltwater as a catalyst, so that takes out some of the systems that work there," said Weakley.

Weakley added that any ballast water discharged after treatment would have to meet state and federal water quality standards. 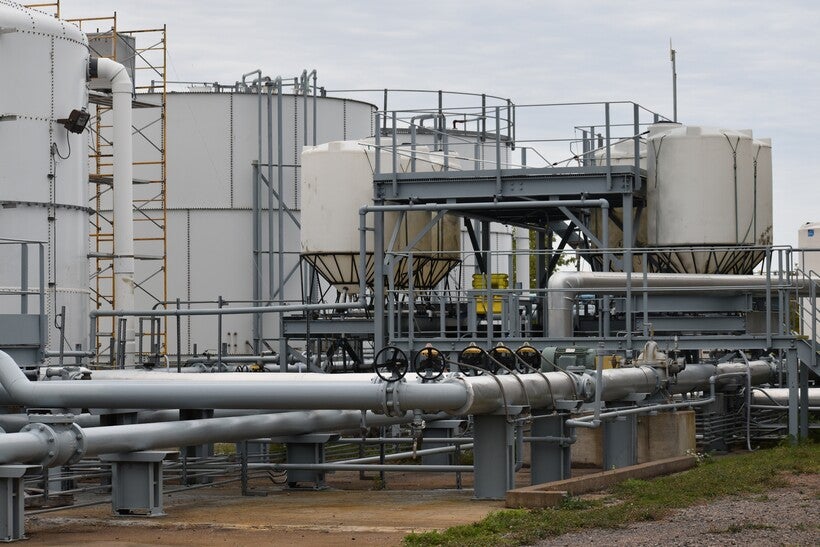 UW-Superior's facility at Montreal Pier in Superior is the only land-based testing facility for ballast treatment systems on the Great Lakes.  Danielle Kaeding/WPR

Prihoda said researchers will also seek to gain a better understanding of the environmental risk associated with ballast water discharge as part of the five-year effort. She noted it's unclear how many organisms must be released from ballast water to raise the risk of an invasion.

"As they gather more information, I think they'll help us as legislators to make sure that we have more information to be able to make informed decisions in terms of if there's future laws or regulations that should be put in place or if some should be changed or adapted," said Tiffany.

Canadian regulators are currently drafting ballast water regulations for lake vessels. The EPA is expected to develop new ballast water standards by the end of this year, and the U.S. Coast Guard will follow with implementing the rules.