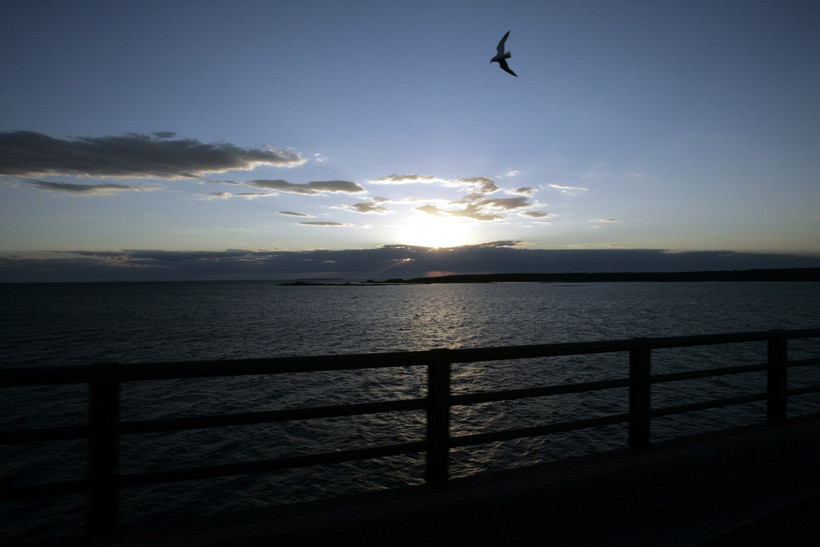 The United States and Canada say they’ve made great strides to restore and protect the Great Lakes over the last three years. Those steps, highlighted in a recent report, include completing work to clean up five contaminated hotspots, eliminating dozens of pollution threats and preventing the establishment of Asian carp. Yet, stakeholders agree more work needs to be done.

The two nations recently released a progress report as part of the Great Lakes Water Quality Agreement between the two countries. The binational pact, first signed in 1972 and renewed in 2012, provides a framework for management of the lakes.

The report issued every three years indicates that progress to restore the Great Lakes since 2016 remains "fair and unchanging," said David Burden, director of the Great Lakes Office of the International Joint Commission.

The commission assists the two countries in implementing the agreement.

"There’s lots of good initiatives underway," Burden said. "Progress is being made in some areas that is steps in the right direction, but clearly there is much more work that needs to be done."

Burden said there has been progress on a number of fronts, including the cleanup of "areas of concern" or AOC. The Great Lakes Water Quality Agreement designated 43 sites as AOC — or the most polluted part of the lakes. However, he said the lakes are encountering emerging issues related to climate change, plastics, and per- and poly-fluorinated compounds like PFAS.

"I think all of us are probably a little frustrated or a little disappointed that we can’t make better progress faster, but we have to temper that by the fact that we polluted these lakes for decades and decades," said Burden. "Progress is going to take time."

GLRI funding helped accelerate and build on restoration work that had been done at sites like the Lower Menominee River, said Kendra Axness, Lakewide Action Management Plans and AOC policy coordinator with the Wisconsin Department of Natural Resources.

"If you look back over time, the pace of work that’s happening now is much greater than it was pre-GLRI," said Axness.

Now, there are 36 remaining AOC designated across the Great Lakes. The two nations have also removed 33 so-called beneficial use impairments to the lakes, which include things like restrictions to fish consumption and loss of habitat.

The report also cites the two nations’ implementation of a phosphorus reduction strategy for Lake Erie. It also highlights expanded efforts to reduce the risk of Asian carp spreading into the Great Lakes through the Chicago Area Waterway System, which includes proposed new defense measures at the Brandon Road Lock and Dam in Joliet, Illinois. The recommended plan by the U.S. Army Corps of Engineers could cost up to $831 million to install.

"What we need now is a consistent and long term commitment from all of our decision-makers starting with the president on down, to commit to helping the region restore and protect the Great Lakes through continuing to fund the Great Lakes Restoration Initiative, for example, building the defensive measures at the Brandon Road Lock and Dam, and helping us improve our stormwater, our drinking water and wastewater infrastructure," said Chad Lord, policy director with the Healing Our Waters-Great Lakes Coalition.

"We need to take all of these steps in order to protect this source of drinking water for 30 million people," Lord added.

Some of the current priorities for the two nations include implementing a Lake Superior Lakewide Action Management Plan, developing strategies to further reduce chemicals of concern in the lakes and identify areas where climate change should be considered in addressing issues in the Great Lakes Basin.

"They’re big systems. There’s lots of multi-faceted, complex, large-scale issues facing the lakes," said the DNR’s Axness. "We feel like we’re doing a lot of good things to help move the dial in the right direction for the lakes."

She said that includes work that’s been done to secure GLRI funding to restore coastal wetlands in Wisconsin, as well as efforts by the agency to improve fisheries management and sources of nonpoint pollution. DNR Secretary Preston Cole is expected to testify Tuesday before a U.S. House subcommittee on the need for continued funding through the Great Lakes Restoration Initiative.

The International Joint Commission is holding a series of meetings this summer to gather input from the public on the state of the Great Lakes. Burden said the commission will provide its own assessment of the progress on the lakes sometime this fall or winter.