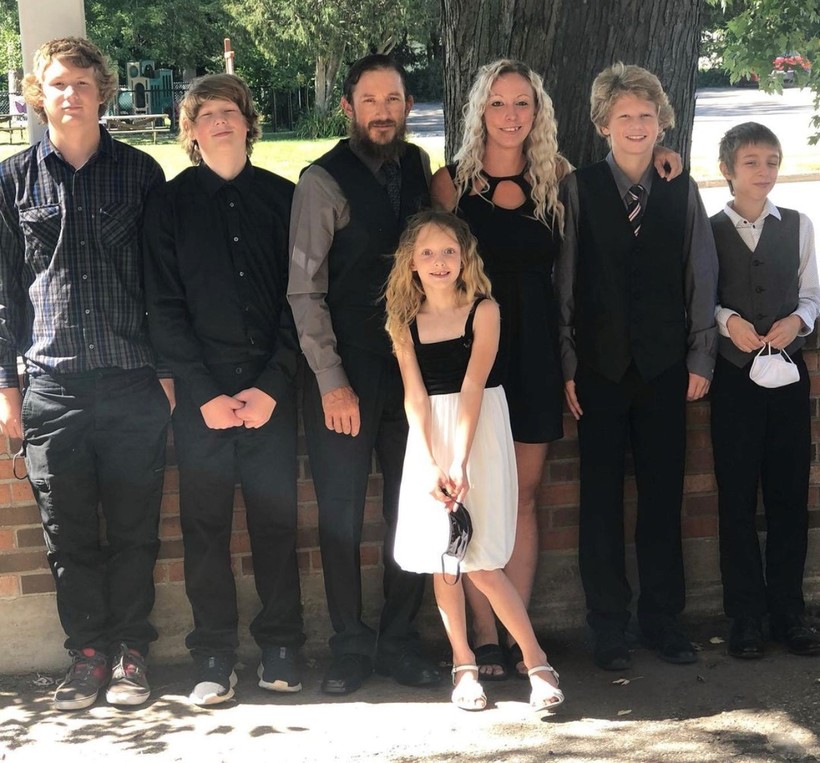 'They're Boiling Over': 9 Months Of COVID-19 Push Wisconsin Families To A Breaking Point

It's been an unexpectedly expensive year for Kendra Forseth and her family.

Her children, who are in the Tomorrow River School District, are in a hybrid-learning model, meaning they attend school virtually three days a week. With her two children and her boyfriend's three all trying to log on from home, she had to upgrade the family internet, which has increased their monthly bill.

Then, there's the water. Nelsonville, where the family lives, has had water quality issues and with the children not doing much drinking at school, she has had to buy additional cases of bottled water to keep them all hydrated.

"Something that's a basic essential, I'm having to spend $50 a week on water because they're home," she said. "That's another financial burden."

At the same time, her boyfriend, who works in construction, has had to cut back on his hours a few times over the past nine months to take care of the children. This was especially true when schools first shuttered in March, which has meant having to stretch their finances even more.

Forseth, a health care worker for people with special needs, works the night shift, which gets her home a little before the children get set up with their virtual classrooms.

"It's being a teacher to five different grade levels in one household, on top of working all night," she said. "And I'm looking at other families that aren't as blessed as me — at least I'm still working."

Some of Wisconsin's schools have kept their classrooms closed since March, shifting all learning online. Others, like Tomorrow River, have opted for a mix of the two. Still, others have returned all their students to classrooms full-time although that hasn't gone without hiccups as many have had to temporarily close classrooms, schools or the entire district after potential COVID-19 exposure kept teachers and students home.

The uncertainty of learning in a pandemic has laid bare all the ways schools were acting as a safety net for Wisconsin families even before COVID-19 and how hard it is to continue meeting those needs as families' resources are stretched even thinner by the disease and its economic impacts.

In the Hurley School District on the northern edge of the state, administrator Kevin Genisot has prioritized in-person learning, reasoning that it's the most comprehensive way the district can meet its students' needs. Iron County has one of the state's highest rates of unemployment and around half of Hurley's students qualify for free and reduced price lunches. Genisot said he worries that if they switched to virtual learning, students would have a harder time accessing food, and families would have to call on grandparents or other COVID-vulnerable family members to pick up the child care slack.

"I think the bigger picture we missed as a society is, why is it that we're so concerned, if kids aren't in school, that they're not getting the food they need, or child abuse skyrockets?" Genisot said. "The schools are expected to do more and more and more of the parenting role, with less resources — how is that achievable?"

In the small district, Genisot serves not only as the administrator, but also as the homelessness services coordinator, a federally-mandated position for all school districts that helps connect resources to families with unstable housing or other issues that make their children especially vulnerable to falling behind in school. He said he's been fielding a lot of calls from frustrated families.

"People's stress levels, they're boiling over. Their pot cannot take anymore," he said. "People lash out at a safety net where they know they're just going to have to listen, and that's what I do a lot of, is listen and offer guidance and support."

Genisot noted that tourism, which makes up a sizable portion of the local economy, has been on the wane this year, both because of COVID-19 and because the snow that usually draws people up north this time of year has been slower in coming. That, in turn, has put more financial pressure on his district's families.

When COVID-19 hit Wisconsin communities and communities around the country, food banks saw an explosion in demand even as their usual supply chains were disrupted. Families whose income came from service industry jobs, some of whom were barely making ends meet already, were hit hard by layoffs.

At the same time, the switch to virtual learning saw internet access become even more critical as tens of thousands of Wisconsin students didn't have reliable internet access at home. Even those that did, like Forseth's family, found it wasn't always up to the demands of multiple class meetings at the same time.

Meanwhile, schools transitioned their free and reduced price lunch programs to drive-up and drop-off options, but couldn't reach every child as consistently as when they were all coming into school buildings on a regular basis.

In the Neenah school district, social worker Jennifer Keberlein said the number of families signing up for help from the annual holiday giving program doubled since last year. Keberlein said families who were already in need before the pandemic are, in many cases, struggling even more now. And families who had never come to her attention before now need her help.

"We had so many needs as it was, especially our mental health needs — that has been growing consistently, throughout the years," said Keberlein. "Now you add the pandemic on top of that, and it has intensified an already challenging situation."

Some of the solutions schools had to turn to during closure last spring couldn't reach everyone. She noted that drive-up food distribution was hard to access for families without reliable transportation. Families who lost their housing and needed to get into local shelters needed a negative COVID-19 test and couldn't always get to a testing facility.

"If you didn't have transportation, to access that two towns over would be challenging," she said. "And then you have to wait for results, and in the meantime, they didn't have a place to go."

These concerns have, in turn, made it even harder for children to keep learning. Keberlein said that while her district is maintaining academic rigor, and striving to keep students up to speed, they're also focusing on skills like resilience, and trying to get kids to meet the most important learning benchmarks.

Forseth said her oldest, a 17-year-old junior, has been struggling more in school than usual, as he's had to learn virtually three days a week. She has been working with school counselors to try to get him extra help and to go in-person an extra day.

"They said there are so many kids right now who aren't where they should be academically, that they get where I'm coming from as a stressed-out parent," she said.

Still, she's worried about struggling students, including hers, dropping out, especially as they see their families struggling and want to get jobs of their own.

"It's just easier for them to go work a job than it is to sit and try to figure out classes," she said.