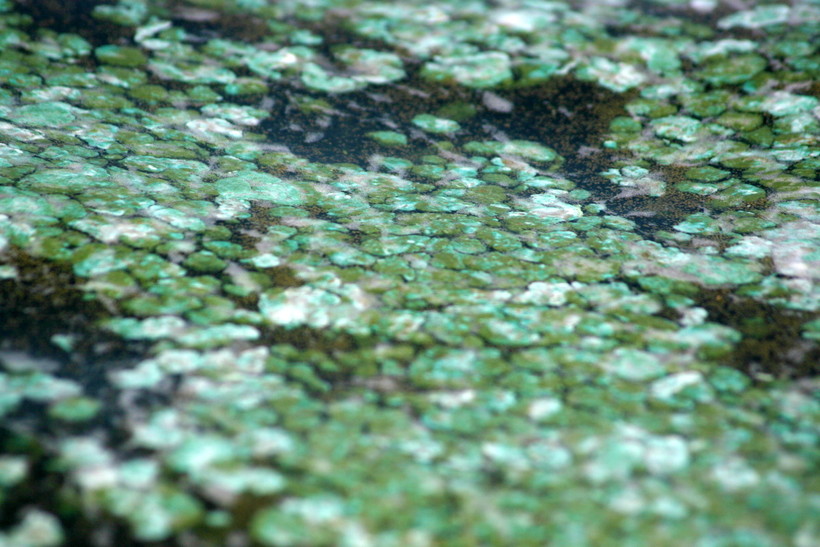 Gov. Scott Walker's commitment to controlling phosphorus in lakes and rivers is being tested in a permit dispute involving some major waterways.

Lake Dubay, located along the Wisconsin River south of Wausau had just a hint of blue-green algae, a growth that is often fueled by phosphorus, earlier this summer. Elsewhere along the Wisconsin River, algae blooms can create what the Department of Natural Resources calls a "pea soup scum" for larger water bodies like the Petenwell and Castle Rock flowages.

The DNR's Dan Helsel says it's a good idea to keep people and wildlife out of that "soup."

"Once those algae get to a certain density they can actually release toxins and be hazardous to human health," he says. "It also degrades fisheries because of low-dissolved oxygen in some other reservoirs."

The DNR and other agencies are currently doing a large study of water quality in the Wisconsin River basin. Assessment and potential actions are still a few years away. But DNR Board Member William Bruins, who's a past president of the Wisconsin Farm Bureau, is already trying to shield farmers from having to do too much to reduce phosphorus-containing fertilizer from running off their fields.

"One of the challenges that we have with phosphorus is if you guys want dinner tonight, we'd better be able to continue to use phosphorous to grow our crops," says Bruins.

Bruins argues there's already a lot of phosphorus in some of the waters. The DNR says it's possible some of the phosphorus in sediment may be removed by dredging, or that it may be possible to cap the contamination with non-toxic aluminum sulfate, or alum.

Helsel says his department doesn't expect farmers to get to zero phosphorus in runoff. "We're hoping that the farmers can work with us to reduce that to the point where it's applied at crop need, and we don't have excess coming off of those fields."

Farms are not the only source of phosphorus in Wisconsin surface waters. Representatives of the Domtar Mill at Nekoosa say it produces more than 100,000 tons of paper and pulp at the plant each year, but the mill also sends wastewater containing phosphorus into the Wisconsin River.

In January, citizen groups challenged a re-issued state wastewater permit for Domtar, and one for another company, Foremost Farms. The DNR says the new Domtar permit is tougher on phosphorus. But Matt Krueger of the River Alliance of Wisconsin says if the DNR would crack down even more, it would trigger state financial help for upstream farmers to install controls on the pollutant.

"The facilities can gain the same ... phosphorus savings by spending less money to get into compliance with these rules," says Krueger. "That money would go to farms and would be put into conservation practices that would hold soil in place."

Recently, a Dane County judge rejected DNR attempts to dismiss the case. Domtar says the citizens groups were challenging a non-final decision by the state and could have asked for a contested case hearing. The company also suggested the permit could be revised when the DNR finishes its study on phosphorus in the Wisconsin River basin.

But Matt Krueger says businesses that count on a cleaner river shouldn't have to wait. "It's not a tree-hugging environmentalist issue. There are a lot of business people in this state that rely on their waterfront business.

Krueger says the phosphorus fight in central Wisconsin is being watched by many other communities that are struggling with blue-green algae in their waterways. Domtar declined our request for comment on the case in Nekoosa.