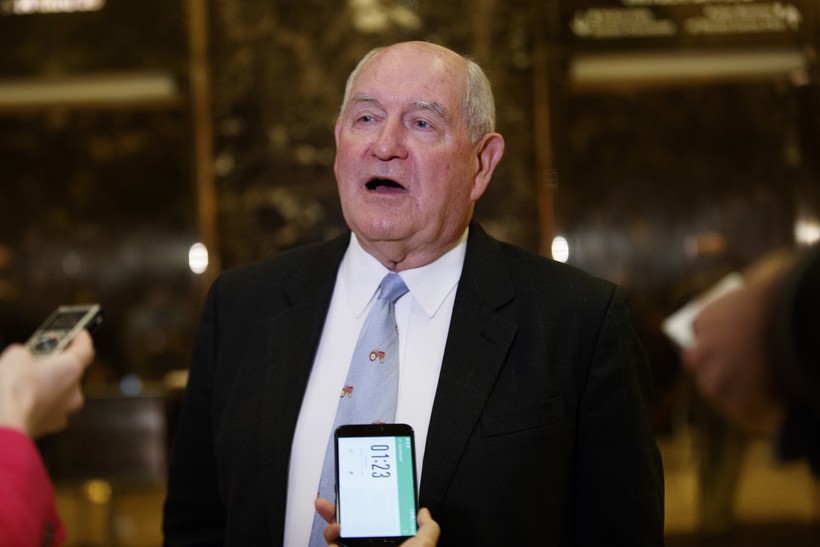 The Trump administration wants sizable reductions in the Supplemental Nutrition Assistance Program, or SNAP. It includes what used to be called food stamps. Early signs are that Congress may go along with some of the trimming.

Perdue told reporters that people using SNAP should not depend on it for the long term.

"Everybody can get down on their luck. We understand that. We understand compassion is needed. But that should not be a lifestyle of dependency on the government for food, " he said.

Perdue said the Trump administration wants to help people get a job. Sherrie Tussler, of Milwaukee's Hunger Task Force, said she agrees there's dignity in work, but that for now, SNAP is needed.

"People should have living wages and not have to rely on SNAP. It's just that we're not living in that economy right now. And, I'm hoping that one day again soon, people across the United States will be," Tussler said.

The Hunger Task Force promotes SNAP and assists people in signing up for it. Tussler later welcomed Perdue to the organization's farm in Franklin that supplies food for pantries and other meal sites.

Perdue then traveled to Janesville to meet with House Speaker Paul Ryan and speak at Blain Supply. In response to a media question, Perdue pushed back against claims that farm-related water pollution is getting worse.

The National Oceanic and Atmospheric Administration announced this week that the so-called "dead zone" in the Gulf of Mexico is the largest ever measured. Scientists say a key reason for the lack of oxygen in the Gulf is farm fertilizer runoff.

In parts of Wisconsin, critics are blaming the spreading of dairy cow manure for drinking and surface water pollution. But Perdue insists that's not the whole story.

"If you look at the trends, they're very encouraging," Perdue said. "Our runoff protection is much better than it was even four years ago with the 2014 farm bill. Farmers are using more precision agriculture, less inputs and more directed there. We're doing more testing."

Perdue also said a recent decision to have two branches of the U.S. Department of Agriculture work more closely will help conservation efforts. But more debate over the water pollution issue is expected ahead of next year's farm bill.

Perdue had events scheduled for Friday morning in Wausau and Elk Mound.