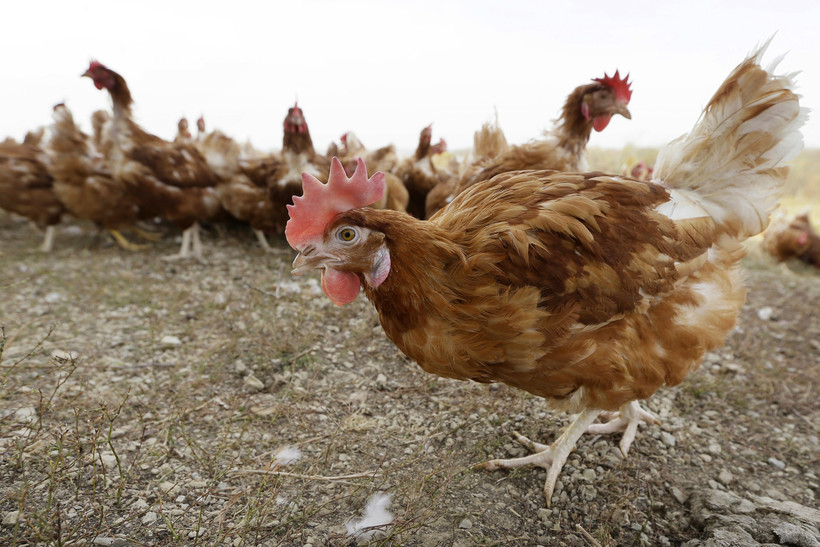 In this Oct. 21, 2015, file photo, cage-free chickens walk in a fenced pasture at an organic farm near Waukon, Iowa. The confirmation of bird flu at another Iowa egg-laying farm will force the killing of more than 5 million chickens, officials said Friday, March 18, 2022. Spread of the disease is largely blamed on the droppings or nasal discharge of infected wild birds, such as ducks and geese, which can contaminate dust and soil. Charlie Neibergall/AP Photo

Farm with 46K birds depopulated in Barron County, fourth case in Wisconsin in the past month
By Hope Kirwan
Share:

A second commercial poultry farm in Wisconsin has reported an outbreak of highly pathogenic avian influenza, or bird flu.

The state Department of Agriculture, Trade and Consumer Protection reported Saturday that the disease was confirmed in a commercial poultry flock in Barron County. DATCP’s webpage tracking bird flu cases shows the 4​6,507-bird flock was depopulated as of Monday.

DATCP officials first confirmed the highly pathogenic avian influenza in a Jefferson County egg-laying facility in mid-March. The flock of more than 2.7 million birds was depopulated by the end of last month. It’s the first time the state has seen the disease since an outbreak that affected nine commercial flocks in 2015.

DATCP has also reported two outbreaks of the disease in non-commercial poultry operations this year, first in a backyard flock of 22 birds in Rock County on April 1 and a 204-bird operation in Racine County on Thursday.

Wisconsin State Veterinarian Dr. Darlene Konkle said last week officials believe the first two cases in the state this year were a result of contact with wild birds. The state Department of Natural Resources has found the strain of bird flu in samples collected from wild birds in Dane, Columbia, Grant, Milwaukee and Polk counties.

Officials are cautioning poultry owners to use strong biosecurity measures and move birds indoors if possible. DATCP issued an order last week that immediately suspended all poultry shows and exhibits through May 31.

Zoos and animal sanctuaries near Milwaukee, Racine and Madison have temporarily closed their aviaries or are taking measures to limit exposure to wild birds.