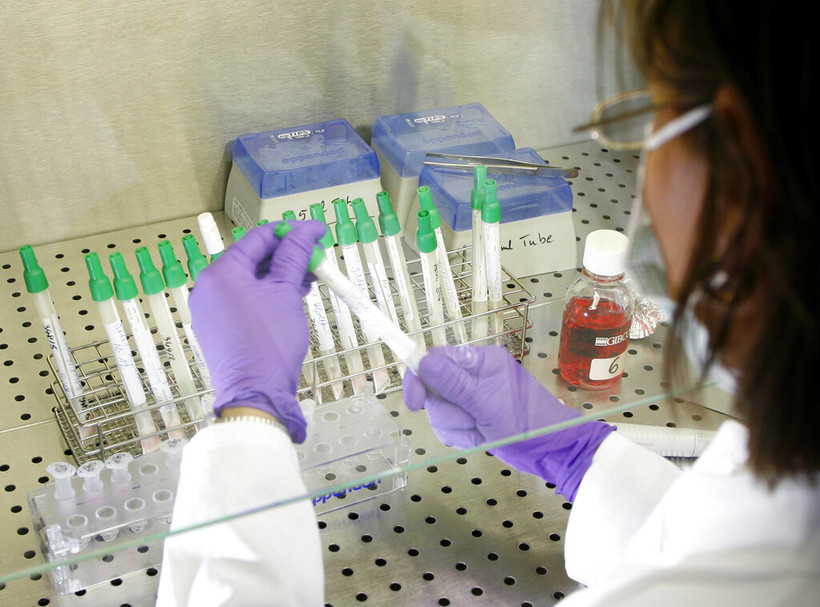 A lab assistant in a laboratory of the Bavarian health office for animals prepares samples to be checked for the H5N1 virus, which causes the bird flu, on Monday, Nov. 21, 2005 in Oberschleissheim near Munich, Germany. Uwe Lein/AP Photo

Bird flu detected on Wisconsin farm for first time since 2015

State officials say nearly 3M laying hens on a Jefferson County farm will be culled to prevent further spread of the virus
By Hope Kirwan and Andrea Anderson
Share:

For the first time since 2015, a case of the highly pathogenic avian influenza, or bird flu, has been confirmed in Wisconsin.

Officials with the Wisconsin Department of Agriculture, Trade and Consumer Protection announced the positive case Monday. They said it was found on a commercial egg-laying facility in Jefferson County.

Konkle said state and federal officials are working with the farm owner to cull the nearly 3 million laying hens at the facility. No poultry products will be moved from the facility and the birds will not be used for food.

Officials are also monitoring the farm owners' other nearby flocks, but Konkle said so far, there have been no indications of further virus spread.

"Our main objective is to prevent the spread of this virus either to other wild birds or to other domestic birds, either backyard flocks or other commercial flocks," she said. "So, that's why we need to act quickly."

Konkle said the source of the virus on the affected farm hasn't yet been identified. Several other states have already identified cases of avian influenza this spring, and it has been found in wild waterfowl.

The 2015 avian influenza outbreak in Wisconsin affected nine commercial flocks and one backyard flock in under one month, causing the death of more than 1.9 million birds in the state.

Konkle said officials don't know how the new strain of the virus compares to the one seen in 2015, but she said the death rate reported by the affected farm indicates it's similarly virulent.

"This particular virus, it hasn't been in the U.S. for a very long time. The first detections were in wild birds just near the holiday season," Konkle said. "As far as I'm aware, it does affect poultry species, which would include our common chickens and turkeys, but also other types of birds that people may raise such as peacocks, waterfowl that are raised as backyard birds."

Konkle said officials are working with the farm owner on a plan to dispose of the affected birds.

According to the Centers for Disease Control and Prevention, the highly contagious bird flu:

State officials monitor for human cases of the bird flu, according to the press release announcing the positive case, and they have plans in place to respond if a human case is found.