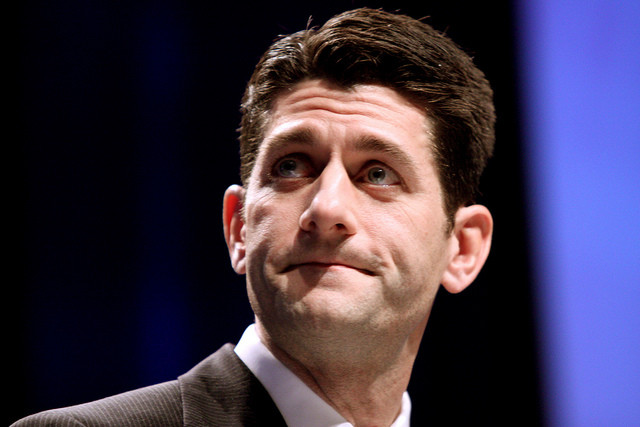 Rep. Paul Ryan also said Friday he would not hold a vote on paid family leave.

Newly elected House Speaker Paul Ryan told Wisconsin reporters Friday morning that there would be no deal on immigration legislation in this Congress.

According to some reports, Ryan made a pledge earlier this week to the House Freedom Caucus that he wouldn't hold a vote on an immigration bill as speaker. At the time, he was still seeking conservative endorsements for the speakership.

Speaking on a conference call on his first full day as speaker, Ryan said that it would be "ridiculous" to try to reach a deal on immigration, since the GOP "can't trust'' President Barack Obama.

"I don't think that's in the cards for this Congress, outside of things that we do agree on, like border and interior enforcement," he said.

The White House said it's disappointed in Ryan's stance on immigration, as did the leader of the Milwaukee-based nonprofit Voces de la Frontera.

"Paul Ryan has claimed to be a friend to immigrants and has claimed to work behind the scenes for immigration reform, but the truth is he works for himself and cannot be trusted," said Christine Neumann-Ortiz, the group's executive director.

Ryan also dismissed calls from Democrats for him to hold a vote on paid family leave during the Friday conference call.

In addition, the speaker stressed that despite his new leadership role, he's "still Paul Ryan."

"I'm going to be living in Janesville, being with constituents and family each week," he said. "I see the 1st District as my family. It is where the people I represent, my friends and my family live."

Ryan was officially sworn in as speaker on Thursday, replacing Rep. John Boehner and becoming the first-ever Wisconsinite to hold the position.