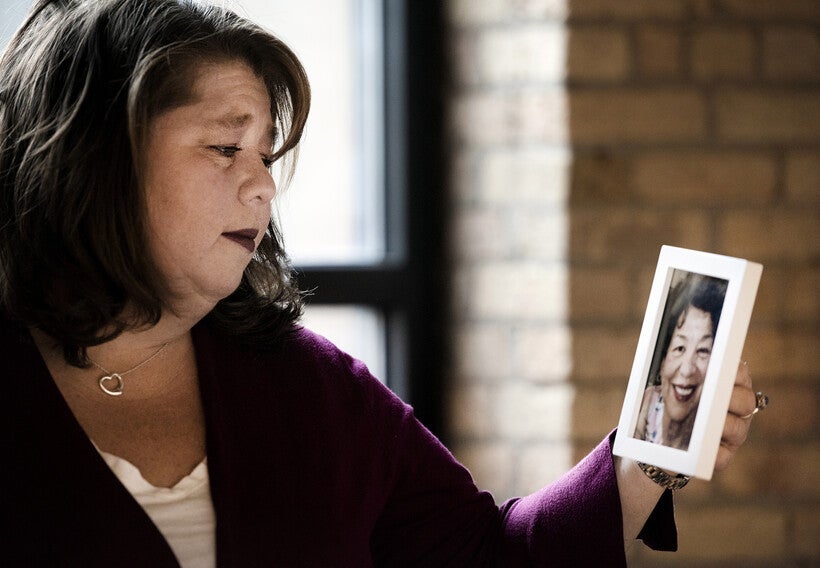 Kraemer 1 Of More Than 4K Wisconsinites Lost To COVID-19
By Bridgit Bowden
Share:

Rosemary Kraemer spent much of her life caring for other people.

She took care of her husband, Robert Henry Kraemer, who lived with Parkinson’s disease for 34 years before he died in 2001.

She took care of her family, including her eight great-grandchildren, who called her "GG," short for great-grandmother.

"My mom was a devoted family person, she loved us so much," said her daughter Vicki Nicolas-Ibarra. 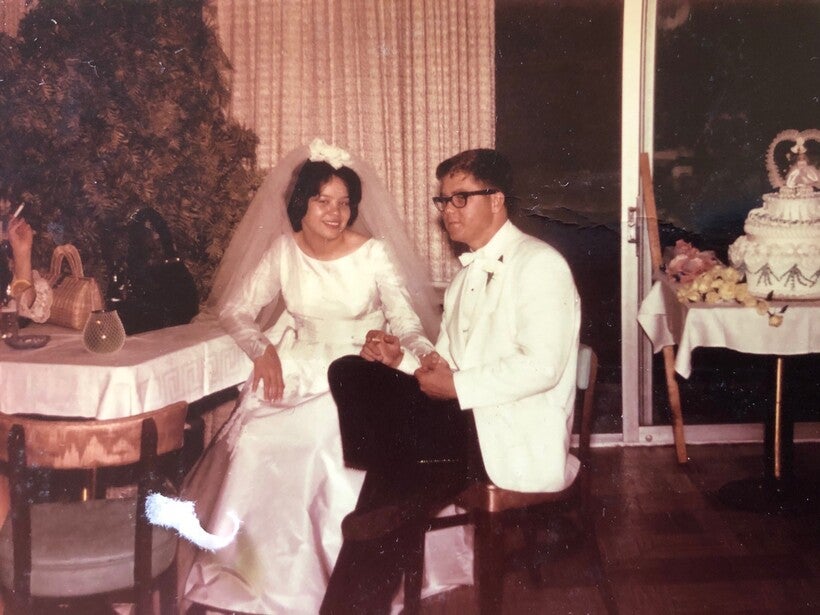 Rosemary Kraemer, left, and her husband Robert Henry Kraemer, right, on their wedding day in 1965. Photo Courtesy Of Vicki Nicolas-Ibarra

Helping others was a big part of who she was, and she did it until the coronavirus pandemic hit Wisconsin.

Rosemary died from complications of COVID-19 this fall. She was 74. She was born in Rhinelander on May 7, 1946. Her family later moved to Milwaukee, where she graduated from Washington High School in 1964. She married Robert Henry Kraemer in 1965, and they had three daughters.

"She loved children so much, and they were drawn to her," Nicolas-Ibarra said. "I can't tell you how many kids have called her grandma that aren't her own."

She also took care of people who had just given blood at Versiti Blood Center of Wisconsin, where she volunteered since 2010.

Eileen Figueroa, volunteer services coordinator at Versiti, said Rosemary logged more than 2,500 volunteer hours and donated 33 gallons of her own blood and platelets. Figueroa said Rosemary was a loving person who always put others first.

"She just always wanted to help people, that’s just who she was," Figueroa said.

In March, Nicolas-Ibarra left her home in Seattle to move in with Rosemary during the pandemic. They spent the summer together in Milwaukee, with Nicolas-Ibarra working from home.

But in mid-September, Nicolas-Ibarra got sick. It started with a runny nose, and then got worse. She got a test for COVID-19, and it came back positive. It was a shock, she said, given how much she and her mother were limiting their interactions with others. 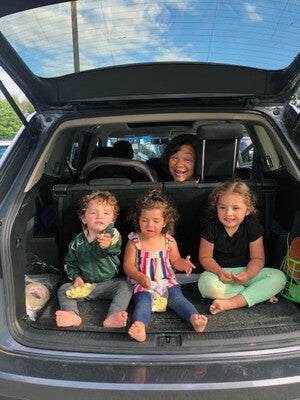 When Rosemary got tested, she was positive, too. It was scary, but she managed to find a silver lining.

"When my mom got the bad news about having COVID her first thought was, 'I can't wait to survive this so I can donate my plasma to help other people,'" Nicolas-Ibarra said.

Rosemary was given a pulse oximeter to monitor the oxygen in her blood from home. Eventually it dropped very low, and she needed to go to the hospital. Since Nicolas-Ibarra was still sick, another family member came to drive Rosemary there.

As Rosemary stood at the door of her home, she turned to tell her daughter that she wanted to hug her, but didn’t because of public health recommendations.

"My heart aches for her thinking about that," Nicolas-Ibarra said. "Why didn't I just hug her one last time?"

The weeks Rosemary spent in the hospital were full of ups and downs. One day she could barely breathe. The next she was alert and talking. Eventually, though, she got tired, and she knew she didn’t have much longer. She called all of her family members to say goodbye.

As Rosemary was taken off life support, the family asked hospital staff to play "Annie’s Song" by John Denver, one of her favorites.

"He sang about how beautiful the world is, and he told such beautiful stories in his songs," Nicolas-Ibarra said. "And so that brought us some comfort, because she just loved that."

"My mom and I talked so much about how unbelievable it was that people thought COVID was a hoax," she said. "I pray it doesn't happen to other people for them to understand that this is real."