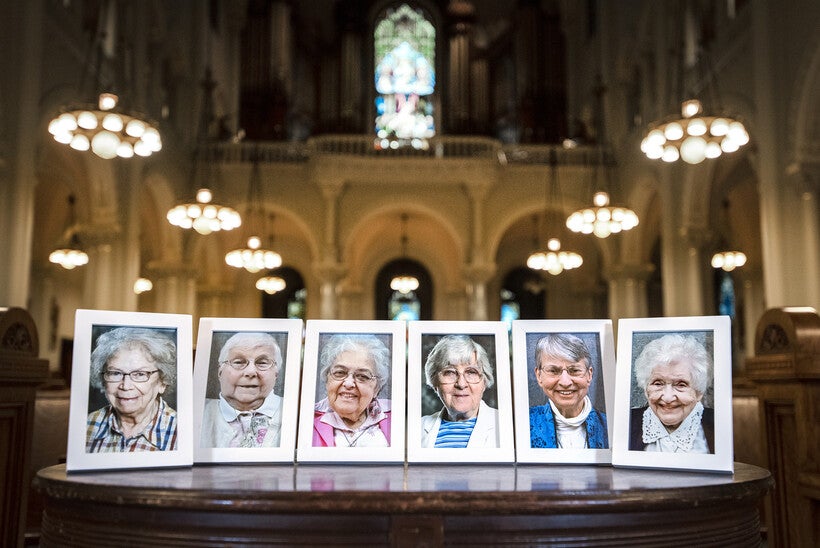 'Every Single One Of Them Changed Lives': 6 Nuns At Greenfield Convent Die Of COVID-19

At Our Lady of the Angels Convent, nuns gather to play cards, create art and pray the rosary.

The women who live here come from two communities: School Sisters of Notre Dame (SSND) and School Sisters of St. Francis (SSSF). The Greenfield home opens its doors to nuns who need specialized memory care — former educators and caretakers who have dementia or Alzheimer’s disease.

It’s also a place that was hit hard by COVID-19 in April — the early days of the coronavirus pandemic.

"I think there was a sense of shock. We hadn't had much COVID," said Sister Mary Diez, president of the School Sisters of St. Francis.

Close to 50 nuns live at the convent. After the first sister tested positive for COVID-19, the nuns feared more of their sisters would get the virus.

"We knew there probably wasn't going to be only one person contracting COVID at Our Lady of the Angels," said Sister Kathleen O’Brien, provincial coordinator with the School Sisters of St. Francis. "And that, I think, was the other scary part."

From April 6 to May 1, six nuns from the convent died from COVID-19 complications.

O'Brien said the women were older, which is common in the community. 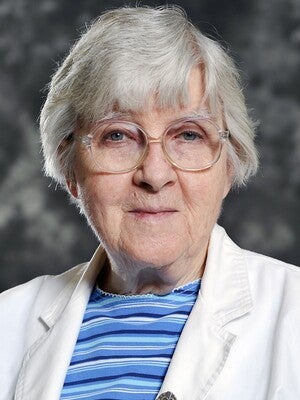 The first nun to pass at Our Lady of the Angels was Sister Mary Regine Collins.

The 95 year-old was an artist, known for her wooden sculptures in churches and convents across the country. Her art is on display at the Cathedral of Mary Our Queen in Baltimore, Maryland; Notre Dame of Elm Grove; and St. James Catholic Church in Franklin.

"There's something of her spirit in that work. It makes a person stop and look, not just pass it by," said Sister Sue Hetebrueg with the School Sisters of Notre Dame. "She believed that creativity is a religious act — that it's our human connection to God, who is the ultimate creative force in our world. It is God who gives us the gift of imagination and creativity and would love to have us use it."

Sister Regine's superiors saw her talent at an early age and sent her to get her Master of Fine Arts degree at Notre Dame University. She went on to teach art as a professor at Mount Mary College (now Mount Mary University) in Milwaukee. She moved into administrative work in education, which included helping to start Milwaukee Spectrum High School.

Sister Regine had a quiet sense of humor and was very humble. She also loved treating herself to peanut brittle and chocolates. 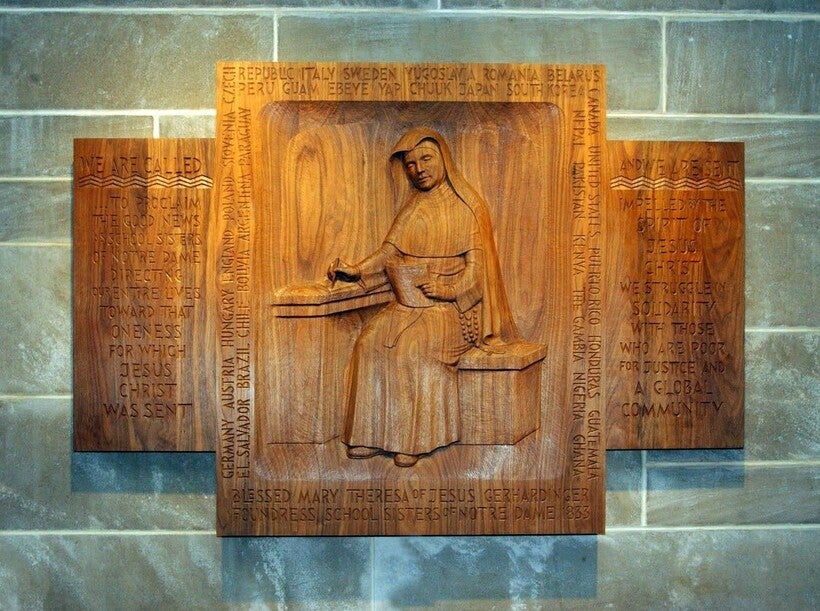 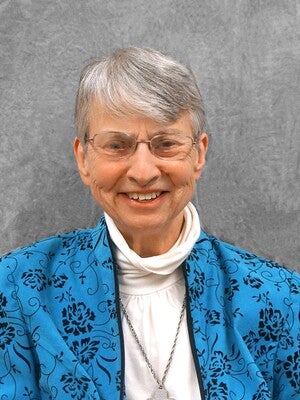 She grew up in West Allis surrounded by Croatian music played by her musical family. After taking her final vows at age 25, she played the organ and ran church choirs. She also taught in Wisconsin Catholic schools in Charlesburg and Chilton.

"She was a very good listener," Sister Kathleen said. "People loved her around because of her of kindness and the way she listened to them."

Not only was she caring and enjoyed her time for prayer, she also loved to skate.

"That was her personality, too. She kind of glided in her own kind of way," said Sister Kathleen. "She was very lovely; a person with a beautiful smile." 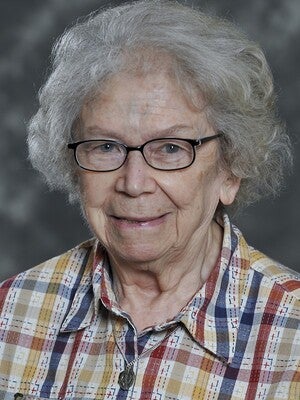 She dedicated her life to education. She started as an elementary school teacher in Madison and eventually became an associate professor of English at Mount Mary College. She was also an English as a Second Language volunteer.

While Sister Francele loved to play piano and do crafts, she was known as a talented writer. She even edited the School Sisters of St. Francis quarterly magazine.

"She said one time that people are like kites, they need to fly," Sister Sue said laughing. "That didn't mean in an airplane. It means to be free to do what God's called you to do."

"If she was listening to something on the radio or watching TV, she would immediately turn it off and say, 'Let's talk,'" Sister Sue said. "She really valued people. She had her own struggles, but she always seemed to embrace life. She said at the end of her life, 'I've had a very full life.'" 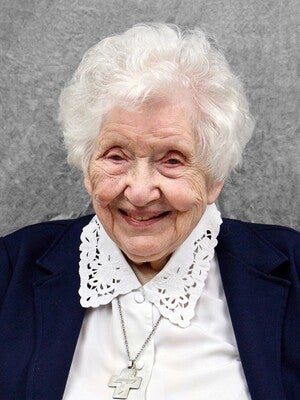 By mid-April, the fourth nun at Our Lady of the Angels Convent died of complications from COVID-19.

Sister Annelda Holtkamp was the oldest nun to pass at age 102. She grew up on a farm in Iowa and began working after finishing eighth grade. Once she took her vows at age 26, Sister Annelda spent most of her life caring for and cooking for her fellow sisters as a homemaker in convents across the Midwest, including in Kenosha, Chilton and Milwaukee.

In her obituary, she was remembered for her "faith, positive attitude, and good cheer."

"She did some social work, and she also went into care for the elderly," said Sister Mary. "She was very patient with the elderly that she worked with. And every picture I've seen of her, she has the most beautiful smile."

In addition to having an unforgettable laugh, Sister Annelda loved to play cards and do embroidery. Her needlework earned her two Calumet County fair ribbons while she was serving at St. Mary's Convent in Chilton. 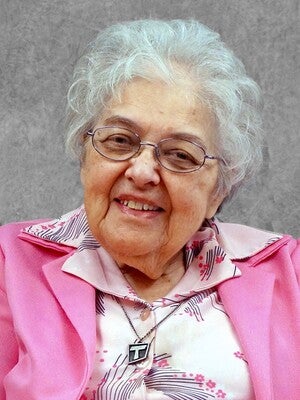 About a week later, Sister Bernadette Kelter passed at age 88.

She was born in Middleton and spent half of her vocation as a teacher and the other half as a home health care aide.

Sister Bernadette served as a teacher in the Midwest for about 30 years. She taught in Wisconsin elementary schools in Hartford, Menomonee Falls and Nenno.

She left the teaching world to care for her mother and ended up falling in love with that work.

"I admired that about her. Just changing your life as you get older," Sister Kathleen said.

While working as a home health care aide, Sister Bernadette visited people up to five times a day in all kinds of weather. She retired at age 76.

The day came when Sister Bernadette had to move to Our Lady of the Angels. While living there, she enjoyed games, puzzles, music and art. She also led her fellow sisters in the rosary every day. 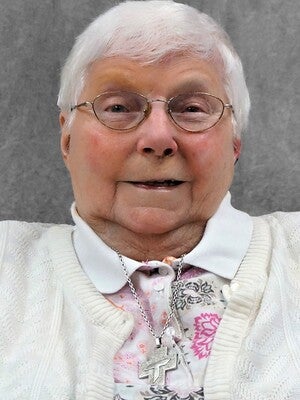 Then on May 1, a sixth nun died from COVID-19 complications at age 94.

Sister Josephine Seier cared for her fellow sisters as a homemaker in convents in Waupun and Milwaukee, cooking and cleaning for them.

Sister Mary and Sister Kathleen met her decades ago when they moved to Nebraska to teach in small town parishes. Sister Josie, as they call her, and the other nuns took them in like family as they entered these new communities.

"They treated us as almost their daughters," said Sister Kathleen. "We felt they were guides and spiritual professionals. They're just wonderful people."

"When I was around her there was fun going on," said Sister Mary. "Josie really lead a lot of fun activities. She loved to read historical fiction — woman after my own heart. I think she just had a passion for people and for making people happy."

Sister Josie eventually received a certificate in gerontology from the University of Nebraska, allowing her to better care for older adults in parish ministry.

Mourning During A Pandemic

Sister Kathleen said not being able to have proper funerals was difficult.

"When we get together for a funeral and we read all these wonderful things about the sister, you feel what a good life she has led," said Sister Mary. "We can rejoice in that for her, even though we're going to miss her. It's both a joy and a sadness together" 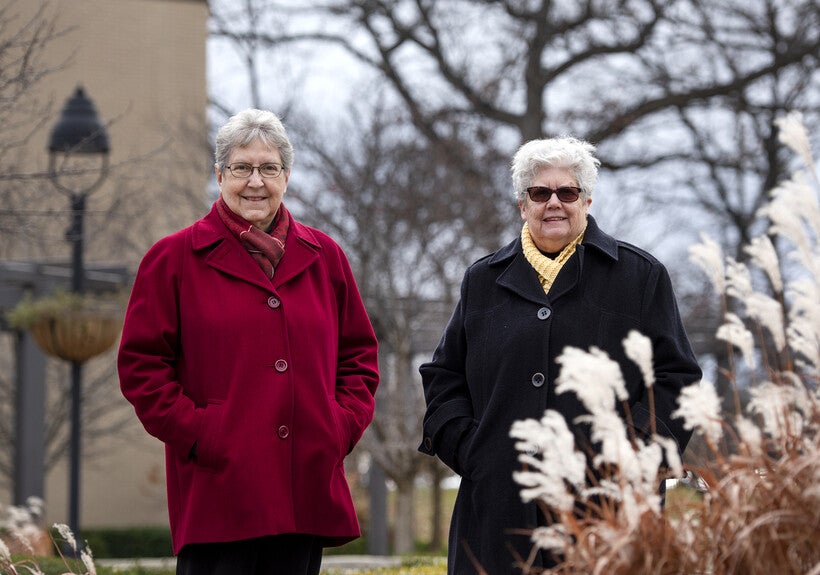 The staff at Our Lady of the Angels Convent aren’t fully over the pandemic sweeping through, either.

"It was just extremely difficult," said Sister Kathleen. "They love the sisters so much. To see people get sick and die so quickly, as happened to them. It was very fast. It wasn't drawn out like you hear in some particular cases."

And of course, the sisters are grieving, too. The nuns are a family. Sister Mary said the women who passed were like their grandmothers.

"The thing that's really often comforting ... is that they're longing to be with God in some ways," said Sister Mary. "When a sister dies and has lived a good life, we celebrate because we know we now have that saint in heaven looking after us." 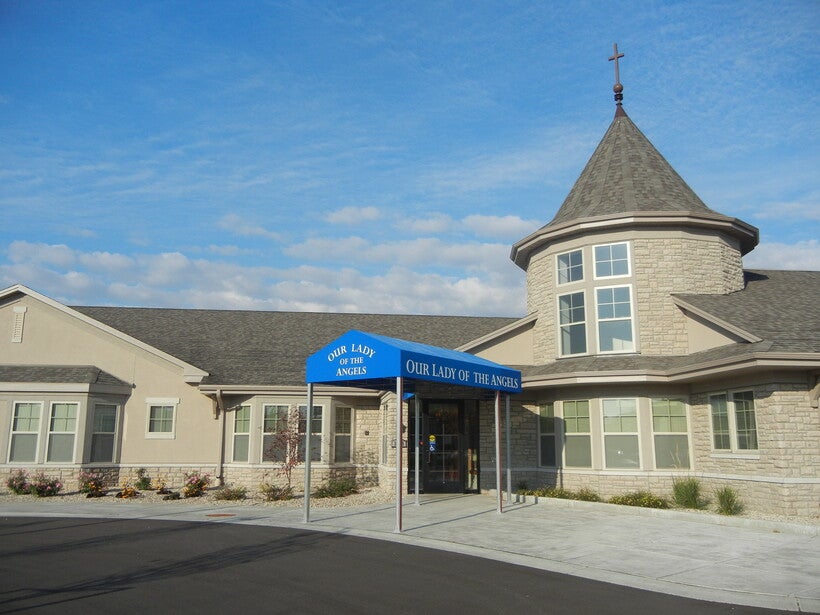 Our Lady of the Angels Convent in Greenfield, Wisc. Photo courtesy of School Sisters of St. Francis

"None of (the sisters) wrote a book or built a company or anything that a lot of people count as an important legacy," Sister Kathleen said. "But, you know, every single one of them changed lives."

"I think they were people who were not pushing their agenda or their ego as they lived out their life," added Sister Sue. "They were quietly and powerfully sharing the gifts that God gave them."

As tragic as the deaths were, Sister Sue said it has brought attention to their communities. 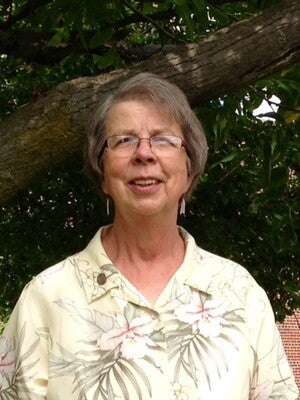 "We aren't so many anymore. A lot of people today don't know who sisters are," said Sister Sue. "I think that put a human face on us. We are ordinary people like everyone else in the world, and we have been called to this particular lifestyle."

"We really are kind of invisible unless you know us for having gone to Catholic school or been visited by a sister who's doing pastoral ministry or health care," said Sister Mary. "We're not going to toot our own horn particularly. (The sisters) are so ordinary in some ways, they're extraordinarily ordinary."

The surviving sisters are taking time to reflect on what this moment means.

"I think that we need to ask ourselves, 'What is this time for and what can we learn?'" said Sister Sue. "I think it's a time for us to be deepening relationships. We do pray for people all the time, especially those affected by the coronavirus. But if I were to say something to people, I would say just be aware of your relationships and try to deepen them as much as you can."

Sister Mary and Sister Kathleen wrote an article about COVID-19’s impact on women religious. In it, they wrote:

"Perhaps the experience of this pandemic will lead all of us to look again at how we deal with pain and loss. May it bring transformation, and a world where the needs of all are seen as the responsibility of all."

They say this sentiment extends to all communities.

"You can't go it alone," Sister Kathleen said. "This is something that we all have to face together and let's help each other. Let's not just say, 'Oh, that's your problem. We have nothing to do with it.'"

Sister Mary adds that could include checking in on people who are vulnerable or alone.

"Take the focus away from yourself and say, 'Where is the pain in the world tonight? Can I do something about that pain for others? Maybe not take it away, but help them refocus,'" she said.

More than 4,000 people in Wisconsin have died this year from COVID-19. But it’s more than just a grim statistic. That number includes a World War II veteran, a loving grandmother, nuns at a convent, a coach and avid Badgers fan, and a champion for veterans. This week, WPR News and "Wisconsin Life" are bringing you the stories of just a handful of those who have died.