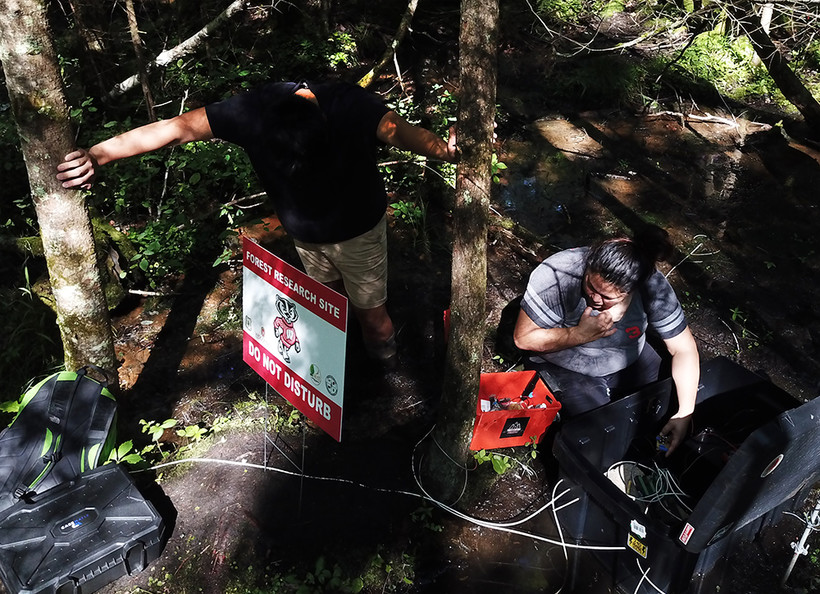 On tribal land in northern Wisconsin, black ash-dominant wetlands that are threatened by emerald ash borer, drought and urban sprawl have a fierce advocate.

Angela Waupochick belongs to the Menominee Indian Tribe and Stockbridge-Munsee Community Band of Mohican Indians, whose reservations near Keshena in northeastern Wisconsin are covered with forests full of red maple, birch and especially black ash species.

Waupochick is focused on protecting these forested wetlands, and she's hoping to do that by using technology to get a sense of which parts of the forests are in the greatest danger.

Ultimately, her goal is to establish plans to mitigate changes to hydrology, or the water systems, in these forests. She's hoping her strategies can help guide the tribes' management of these resources.

"Tribes and other agencies typically do not have programs specifically focused on wetland management," she said. "These are usually unmanaged areas. The tribes I work with do have mitigation strategies to address (emerald ash borers), but these strategies are just scratching the surface."

She said based on the data she's collecting, she'll likely be able to prioritize which areas of the forests should be managed with mitigation efforts and which areas will have to be left to face the impacts specifically of the emerald ash borer. 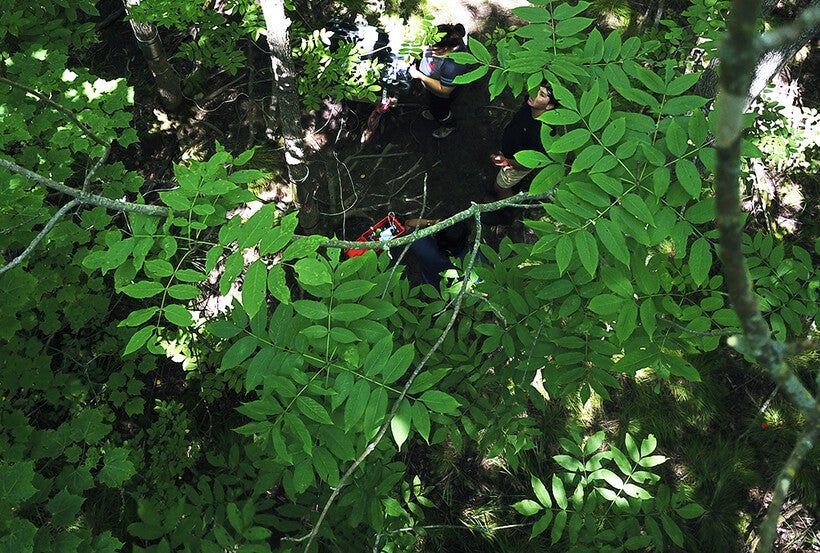 Ash tree leaves, like those pictured here, have compound leaves composed of five to 11 leaflets. Branches and buds of the trees are directly opposite of each other and not staggered. Photo courtesy of Angela Waupochick

The forested wetlands that Waupochick is studying are areas of the state where soils are saturated by stable water levels and species that prefer to grow in those conditions, such as black ash. Waupochick is interested in these types of wetlands because of how abundant they are on the land belonging to her nations.

Protecting them means protecting a resource important to the history, culture and economics of the tribal nations that use them.

Her research will focus on the hydrology of these wetlands because that determines what species will thrive. Black ash trees, she said, are the "workhorses" of these water systems.

"They are able to regulate the water more effectively than other wetland tree species," she said. "This drawdown of water they provide allows for other tree species and vegetation to be codominant in these systems."

With the emerald ash borer and other human-caused disruptions to these systems, Waupochick is worried about future impacts on the landscape.

Waupochick is using several different monitoring tools to get a sense of the health of the forests, one of which is sap flux density. That measures whole tree water use. With that data in hand, she can scale the measurements to determine water use within the forest ecosystem and ultimately identify areas that could see major changes in hydrology.

Waupochick's research is part of her graduate study at the University of Wisconsin-Madison, where she's working toward a doctorate in forest and wildlife ecology. Prior to that, she worked as a wetland specialist whose job was the manage the ecosystem.

In that line of work, she found herself frustrated by a lack of feedback from communities on her prepared management plans. She's hoping through her graduate career she can find strategies that will engage a wide audience interested in managing these resources.

Waupochick had prepared for months for her season of being out in the field in the late spring of 2020, with a team ready to help her set up equipment. But because of the COVID-19 pandemic, those plans fell through. She tapped resources a bit closer to home: her husband and son helped her successfully set up the equipment. Now, her son and other students at Menominee Indian High School are serving as project interns.

"They are gaining hands-on experience monitoring forest health issues in their own tribal forest," she said.

To test the success of the mitigation strategies, she'll use bioacoustics to learn what species are present. That's done by recording devices that are placed around the forest that pick up and identify what's in the soundscape.

"When these strategies are developed, bioacoustics data will inform us exactly what considerations and 'who' we are managing these areas for," she said.

Waupochick's dissertation advisor, Zuzana Burivalova, has used bioacoustic technology to study the health of rainforests in Gabon, Borneo and Papua New Guinea. Burivalova is an assistant professor of forest and wildlife ecology at UW-Madison.

Waupochick is hopeful that bioacoustics can be a tool leveraged by native communities to continue monitoring and detecting changes in forest health. 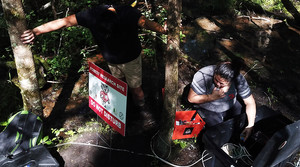 Forested wetlands are ecologically and culturally important but are not currently made a priority for management, worries our guest. We talk with a researcher working on both Menominee and Stockbridge-Munsee Tribal Lands about what how she's trying to mitigate future harm to the wetlands.