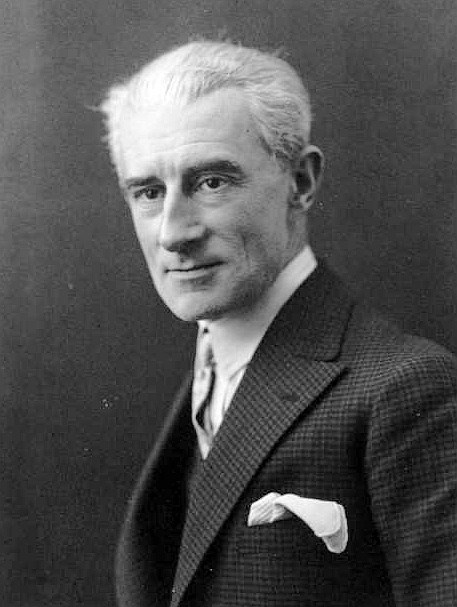 It was finally settled.  The famous French composer Maurice Ravel was coming to the United States.  He was shy and withdrawn but he was about to be embraced by a nation.

His most immediate concern was cigarettes. Ravel smoked almost constantly and he was hooked on French Caporals.  Bringing a three-month supply into the United States would cost a fortune in customs duties. An American cigarette-maker gallantly offered to manufacture his cigarettes from the same blend of tobacco used in the Caporals.  The next need was easier to arrange--Ravel's favorite French wines would accompany him in his travels.

Ravel had wanted his arrival kept quiet, but when he stepped onto the pier in New York in 1928 a crowd of newspaper reporters met him.  From then on admirers surrounded him.  He was besieged with telephone calls and telegrams, invitations to lunch, dinner, and tea.  He received flowers and letters.  The reclusive Ravel was overwhelmed.

But at least he had come prepared to be seen.  His wardrobe included dozens of bright shirts and vests and twenty pairs of pajamas. His ties had arrived at the last minute and he was in for a shock when he unpacked them.  They were all half an inch too long. One of his entourage who cheerfully volunteered to shorten the ties counted fifty-seven of them.

Ravel enjoyed window-shopping in New York, especially late at night when the traffic had let up.  But he was always cold so he put on over his evening clothes a short old-fashioned yellow overcoat, white wool gloves, and a huge white wool muffler.  Cars screeched to a halt at the sight of him.

Shortly after he arrived in New York, he was the guest of Mrs. Thomas Edison at a Carnegie Hall concert where the audience acknowledged him by rising to their feet, clapping, whistling, and throwing their programs into the air.  When the retiring Maurice Ravel finally was persuaded to come onstage, he received a thunderous ovation that went on for a full ten minutes.