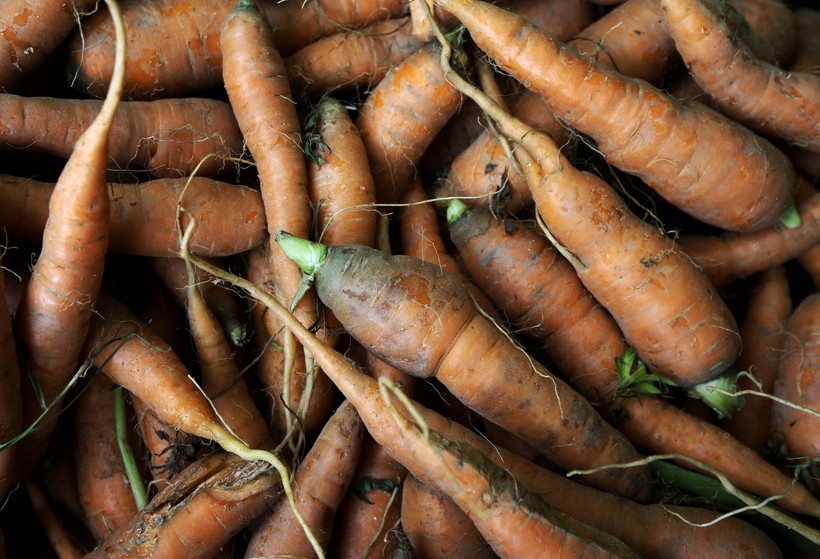 For the last seven years, farmer Paul Miller has been donating extra carrots from his fields to area food banks. Miller said he’s happy to put the leftover carrots to good use, rather than leaving them in his field, but he ends up paying several thousand dollars to harvest and transport the produce.

"We donate them to Del Monte. They in turn process that semi-load of carrots and the can company that provides the tin cans also provides that part of the donation," Miller said.

David Lee, executive director of Feeding Wisconsin, said the cost to harvest and transport can be a barrier to farmers donating their leftover produce.

"We think of organizations donating as donating for free, whereas there's actually sort of small marginal costs, particularly for farmers, to run a combine or a harvester for an extra week," Lee said.

But a proposed state grant could help offset these costs.

Rep. Scott Krug, R-Nekoosa, and other lawmakers have introduced legislation to create a $250,000 grant through the state Department of Agriculture, Trade and Consumer Protection. The grant will go to one statewide network of food banks to handle collection and distribution of donations from farms.

"To have one statewide group be able to distribute to all food banks around the state, you really do have to build up that distribution network, otherwise it becomes unmanageable," Krug said. "So, it's really for efficiency purposes."

Grant money could be used to harvest, package and transport donated vegetables. All food banks would be eligible to receive donations through the program.

Lee said Feeding Wisconsin already works with farmers and food processors to help offset the cost of donations. He said the organization would definitely apply if the grant program is created by the Legislature.

"To have the state help the anti-hunger community and food bank community in our state to source and distribute more fresh processed nutritious food for the nearly 700,000 Wisconsinites who are food insecure, I think is super exciting and we are excited to support it," Lee said.

Krug hopes the measure gets a vote by early February.