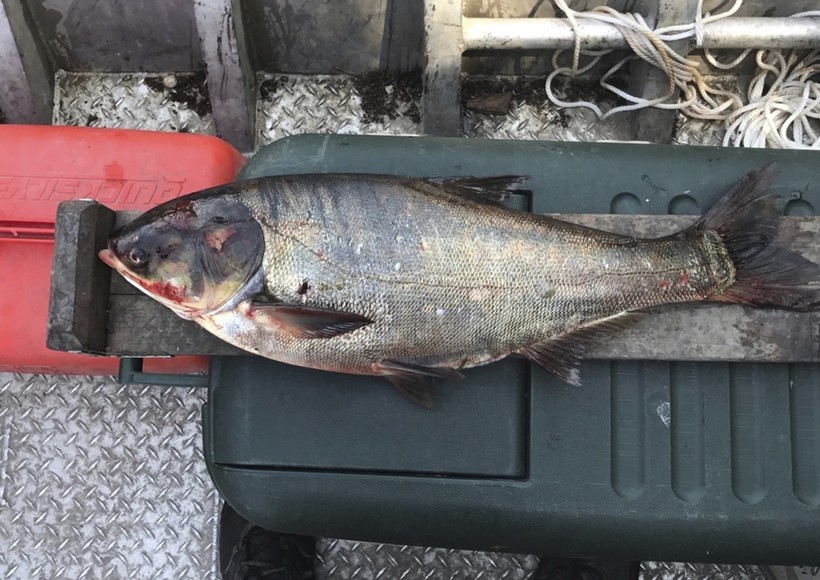 Illinois To Draft Agreement As Part Of Efforts To Move Plan Forward
By Danielle Kaeding
Share:

Representatives of Great Lakes governors and Canadian premiers met in Chicago this week to discuss a roughly $831 million plan to keep Asian carp out of the Great Lakes at the Brandon Road Lock and Dam in Illinois.

The Illinois Department of Natural Resources said the state will begin drafting a partnership agreement for Great Lakes states and provinces to consider.

Asian carp is an invasive species that out-competes native fish for food and threatens the region's $7 billion fishing industry. DNA from the fish has been found within miles of Lake Michigan.

The plan recommended in the chief's report by the U.S. Army Corps of Engineers could be rolled out in phases and includes installing noisemakers, an air bubble curtain and an electric barrier.

Illinois has voiced concern about the costs of the project because it would share 35 percent of the bill as the nonfederal sponsor.

"Given the Corps' price tag on some of the components they're proposing, Illinois cannot fulfill that nonfederal sponsorship role alone. We need to do it with partners," said Loren Wobig, director of the Office of Water Resources for the Illinois DNR.

Wobig said officials from nearby states and provinces assured Illinois they're willing to continue discussions on a partnership agreement. He said Illinois agreed to draft an agreement for their review, as well as examine potential modifications to a preliminary engineering and design agreement.

"Then, the group would also have an opportunity to view and talk about that before Illinois proceeds with signing a preliminary engineering and design agreement with the Corps," he said.

Wobig said he hoped to complete a lot of that work in the next month. The Corps has said engineering and design could take two to four years to complete. Construction could take up to eight years.

The group discussed defense measures proposed in the Corps plan and land conditions around the site that may impact the project, said Steve Galarneau, director of the Office of Great Waters with the Wisconsin DNR.

"People want to move together on this," said Galarneau. "Now is the work in the next ensuing weeks to frame what that will look like, get that out there and have these eight Great Lakes states and two provinces begin to put some more structure around that thought and move forward."

Great Lakes governors and premiers recently supported the Corps plan, urging Congress to authorize funding for preliminary engineering and design. Galarneau said it's too preliminary for any specific funding commitments, but he said they want to move swiftly on efforts to reduce the risk that Asian carp will spread into the Great Lakes.

Wobig added other factors that might influence the project need to be examined further, including Illinois public water laws and additional land rights required to move the plan forward. Illinois plans to investigate those lands to ensure they meet environmental standards for the project.