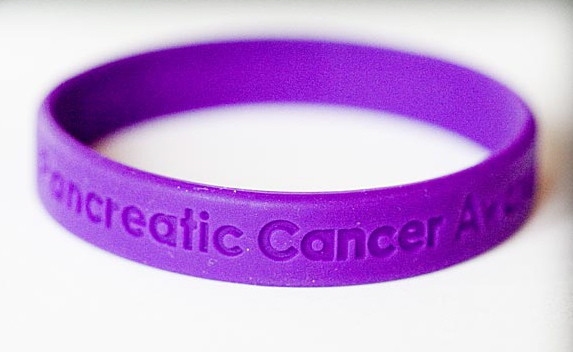 Pancreatic Cancer Is Third-Leading Cause Of Cancer-Related Death In U.S.
By Jill Nadeau
Share:

Steve Jobs, Sally Ride, Patrick Swayze, Pavarotti and Ruth Bader Ginsburg. What do they have in common? They were all diagnosed with pancreatic cancer.

The prognosis for someone diagnosed with the disease is grim. Pancreatic cancer is the third-leading cause of cancer related death in the U.S. and has the highest mortality rate of all major cancers, according to the American Cancer Society. In Wisconsin, it kills more people than breast cancer.

Pancreatic cancer is rarely found before it's spread to other areas of the body, according to Dr. Emily Winslow, a University of Wisconsin Health surgeon.

"Unfortunately, the numbers are pretty discouraging to most patients. The overall survival rate of pancreas cancer is very low … it’s on the order of only 5 percent," she said. "There are certainly patients that have long-term survival and who have been cured, but relatively speaking, we aim for life prolongation and quality of life."

Pancreatic cancer is a leading cancer death largely because it's very difficult to find in its early stages, when it's easier to cure, Winslow said. There are no screening tests available, generally no early symptoms and a cause hasn't been discovered.

"We can’t put a finger on a certain cause," she said. "There are some genetic factors, and others like age, smoking history, alcohol abuse and obesity. More research funding is needed. Right now, pancreatic cancer gets only 2 percent of national funding."

Recent research by the Mayo Clinic points to a number of signs and symptoms that could mean many things when taken individually, but when two or three are presented together they might point to pancreatic cancer.

"Often patients noticed things physicians don’t know much about yet," Winslow said. "I think recognizing your own body and your symptoms is really important."

According to the Mayo Clinic, early warning signs of pancreatic cancer include:

Anyone wishing to spread the word or fund research for pancreatic cancer should contact the UW Pancreas Task Force or PanCan, a national organization that does advocacy and research, Winslow said.