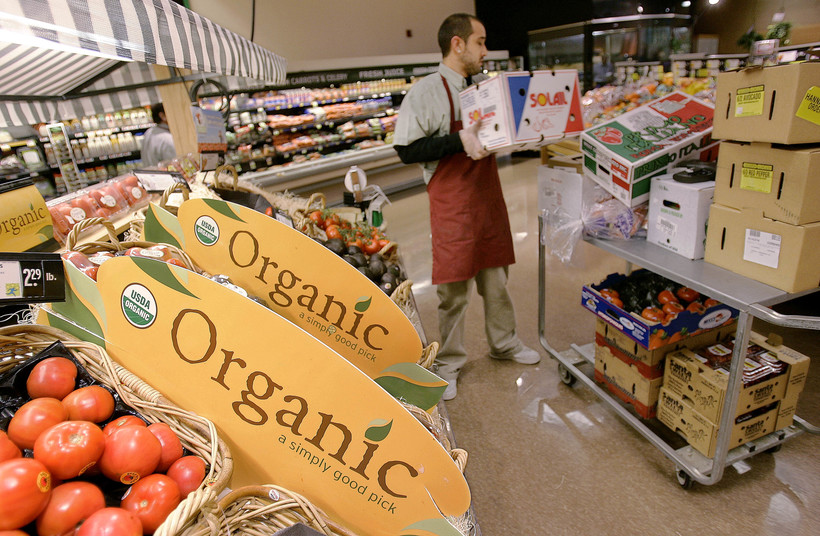 As Organic Produce Sales Grow, So Does Competition For Farmers

The market for organic produce continues to grow, even with more competition in the industry.

The Organic Produce Network recently released data on how much organic vegetables, fruit and other produce items were sold in the United States last year.

The industry group used data collected by Nielsen at major grocery stores on organic produce items scanned at checkouts. They found that $4.8 billion of organic produce was sold in 2017, 8 percent more than 2016 sales.

Matt Seeley, CEO and founder of OPN, said last year’s growth is consistent with increased demand over the last decade.

"Millennials are the driving force behind organic consumption right now," Seeley said. "Millennials want to know more about their food, where their food comes from, how it was produced and what it's going to do to (their) body.”

According to the latest numbers from the U.S. Department of Agriculture, Wisconsin continues to be second in the nation for the number of organic farms.

"Not only do we have still a vibrant local market for organic products including community supported agriculture, farmers markets and farm stands, but we also see increased interest in our grocery stores procuring local organic product to meet consumer demands," said Erin Silva, assistant professor of organic and sustainable agriculture research at the University of Wisconsin-Madison.

Seeley said the OPN report doesn’t give the full picture of organic produce sales because the data is only from major grocery stores.

"(Total sales) is probably closer to $10 (billion) when you incorporate these other channels," Seeley said.

But he said the report does give a snapshot into consumer buying trends nationally.

OPN’s report showed organic berries had the most growth last year, with sales increasing by 23 percent from 2016 to $586 million.

Silva said Wisconsin producers continue to be a leader in organic berry production, in part because of new production methods. But she added that increased pressure from invasive pests, like the spotted wing drosophila, are creating new problems for producers.

"(Pests) can be a challenge for management not only in organic systems but in conventional systems," Silva said. "More research and more investigation into innovative and progressive production methods certainly is key to the continued growth of organic within the state."

"Anything where you can provide consumers organics in a very convenient, easy-to-use format shows strong upside potential," Seeley said.

Other value-added products, like jam from organic berries, brought in around $1 billion in sales in 2017.

Silva said value-added products are beneficial for farmers because they can increase their profit margin. But she said consumers are also becoming more interested in these products.

"(Consumers are) looking at increasing their organic purchases and trying to expand the number of products that they are bringing into their families that have been produce organically," Silva said.

"There are certain parts of the country where organics is less than 4 or 5 percent of the overall produce volume and dollars spent. So we see tremendous opportunities in those areas that have not been fully participating yet," Seeley said.

But as demand for organic produce grows, Silva said she’s concerned about how farmers will be impacted by increased competition.

"There certainly is a concern that the farmer will no longer receive the same prices that they had for that same organic product, particularly as we see not only the growth domestically in retail sales throughout a wide range of distribution channels, but also with the increased pressure from imported product and the shift of organic to an international market from a domestic market," she said.