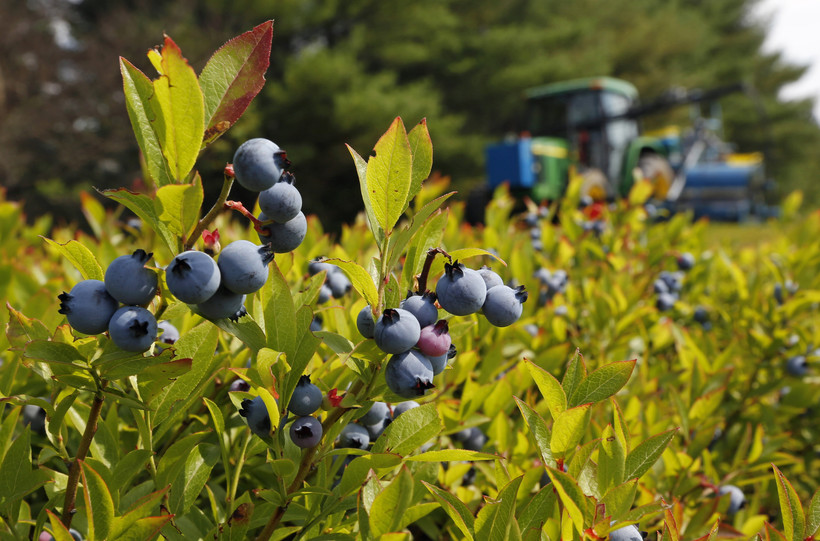 An invasive fruit fly has been threatening crops for Wisconsin berry growers since it first arrived in 2010. University of Wisconsin researchers are trying to pinpoint when and where the fruit-loving pest is most active within plants.

UW-Madison fruit crop entomologist Christelle Guédot said they began studying the movements of the bug known as spotted wing drosophila within berry plants last summer. She said they found adult flies are most active in the evening hours.

"They’re active between something like 6 and 9 p.m. is when they’re most active during the day," she said. "Then, we’re also trying to figure out where those flies are within the crop. Are they mostly in the canopy? The center of the crop? Or are they down by the ground?"

Guédot said the research could give berry growers a better idea of when spraying insecticides is most effective. She said they’ll also look at whether temperature and humidity play a role in their distribution.

Results of the study should be available by the end of this year. Tiffany Chadwick, executive director of the Wisconsin Berry Growers Association, said their nearly 90 members have been contributing money towards research to help identify management practices to control damage from the invasive fruit fly that can cause fruit to deteriorate, change its appearance and ultimately cause fruit to be unmarketable.

"Until that research is being done, a number of our growers have decided to just stop producing raspberries at this time because it’s just been too consuming of their time to try to deal with the issue," Chadwick said.

Eric Carlson, who owns Blue Vista Farm in Bayfield, said spotted wing drosophila has increased his production costs. In an interview earlier this spring, he said the organic insecticide he sprays on raspberries costs around $450 per quart. On average, Carlson sprays 4 to 6 ounces per acre.

"A farmer’s got to spray every week to control for SWD," he said. "At some point, you have to decide whether or not you’re going to continue spraying."

As summer draws to a close each year, Carlson gauges whether he continues to manage the invasive fruit fly on the number of customers.

"There aren’t enough people coming, and we’re not selling enough fruit to justify this expense," he said. "All that fruit that’s out in the field is inedible in a way because it’s all going to get infected."

Guédot said Wisconsin is among four other states involved in a larger project researching organic management strategies for the invasive fruit fly. The U.S. Department of Agriculture awarded around $2 million to Wisconsin, Georgia, Oregon, Michigan and Florida to study spotted wing drosophila.

"What we found is that we had the yeast and sugar combined with that Scentry lure that we bought commercially that’s available for anybody to purchase on a commercial level — those two together provided higher trap catches," she said.

The results are being used for monitoring only at this time.

"Right now, we cannot use those baits to do some kind of mass trapping or attract and kill strategies," she said. "This was the basis of a bigger project with colleagues in other states to really have the most effective one to see if we can then use that for more management practices."

Guédot said the results may advance efforts to trap and kill the bug down the line.