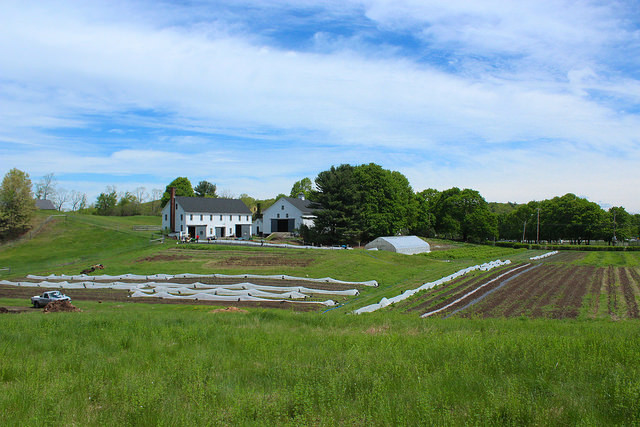 Wisconsin Continues To Be Leader In Organic Farming Despite Growing Competition

USDA Report Shows Other States Catching Up To Wisconsin In The Number Of Organic Farms
By Hope Kirwan
Share:

Wisconsin remains No. 2 in the nation for the number of organic farms, despite increasing competition from other states.

A new report from the U.S. Department of Agriculture shows the number of organic farms in Wisconsin increased by 6 percent between 2015 and 2016, with 1,276 operations reported last year.

"I think 6 percent growth is fairly good," said John Mesko, executive director of the Midwest Organic and Sustainable Education Services. "I don't know of another segment of the ag community that’s growing at that rate."

But just last year New York state saw a 13 percent jump in organic farms — bringing their total up to 1,059 operations. It was the first time a state other than Wisconsin and top-ranked California reported having more than 1,000 organic farms.

"New York is coming on in large part because of the market and the capacity they have there to meet it," Mesko said.

With access to large population centers on the East Coast and a dairy-friendly climate similar to Wisconsin, Mesko said it makes sense to see an increase in organic production in the state.

While New York's growth may be bad for Wisconsin's ranking, Erin Silva, organic production specialist at the University of Wisconsin-Madison, said it's good for the state's farmers.

Silva said there is still plenty of room in the organic industry for more farms, as consumer demand for organic products continues to grow.

"There is more room for growth in certain farming sectors than others. For instance in dairy, the supply in demand is a bit more matched at this point, with supply even exceeding demand in some cases," Silva said. "In other sectors, such as organic grain, we are seeing a lagging of supply particularly in domestic markets."