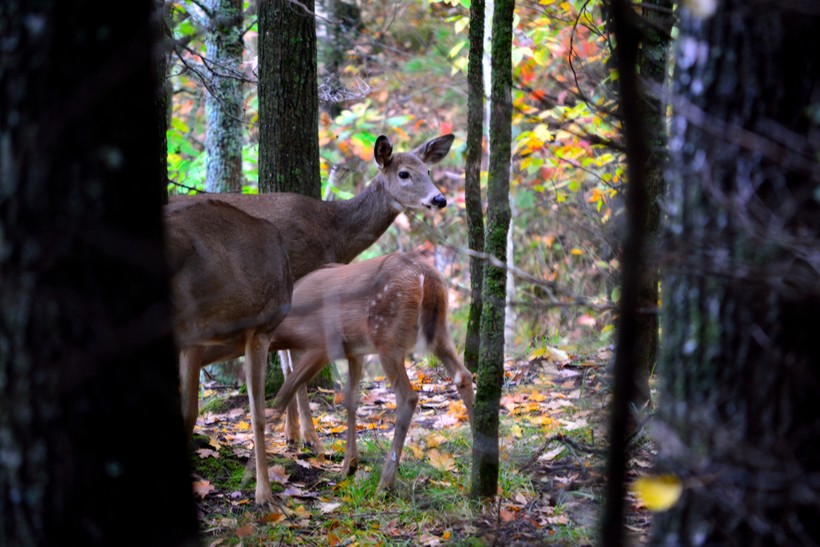 Foresters in Bayfield County say deer are having a significant impact on efforts to regenerate forest areas, and officials are now weighing options to balance deer numbers with the forest’s long-term health.

"If we see that, we need to drop the herd in these areas to a level where we can demonstrate positive growth on these species," said Amman.

The Bayfield County Forest spans roughly 169,000 acres. Amman said it’s important to maintain diversity within the forest so that it can withstand disease and the effects of climate change, as well as meet the needs of the forest products industry.

But Bayfield County Board and Forestry Committee member Marco Bichanich said it’s no simple task balancing the future uses of the forest, like timber harvests, with game. The county harvests around 4,200 acres of the forest each year to bring in revenue.

"A big concern, of course, is the stumpage sales last year that brought in $4.5 million for Bayfield County," said Bichanich. "Of course, I’m a deer hunter also. I certainly don’t want all the deer to disappear either."

While officials worry about the impact of Bayfield County's current deer population on forests, hunters in the region have expressed concern over the health of the deer herd after numbers declined from highs seen in 2009, according to Wisconsin DNR Wildlife Biologist Todd Naas. The herd has returned to levels comparable to those that were seen in the mid-1980s. Naas said that most of the county deer advisory committees in northern Wisconsin are actually seeking to grow the deer herd after recent severe winters contributed to their decline.

"Since most of them want an increase, we’re doing so by implementing a harvest season that doesn’t include antlerless deer," Naas said.

In the past, the state managed the deer herd by geographic region rather than county by county, which changed in 2014 based on recommendations provided to the state by Texas researcher James Kroll. The state paid Kroll to review the state’s deer management practices a few years ago. Amman said one option for the Bayfield County would be to enroll in the state’s new deer assistance management program. He said that would help them manage the most affected areas, such as south of Iron River, in order to maintain a healthy forest and a healthy herd.

The program is another recent change to deer management practices that was recommended by Kroll. Similar programs are found in 20 other states. It connects foresters and biologists with public and private landowners who want to manage deer on their property.

Bob Nack is head of the program and big game section chief for the Wisconsin Department of Natural Resources. He said they’re seeing more than 700 landowners take part. That's twice the number that enrolled in the program when it was implemented last year.

He said they do that by providing technical assistance, workshops and site visits. But he said it's up to landowners whether they follow through on their recommendations for management.