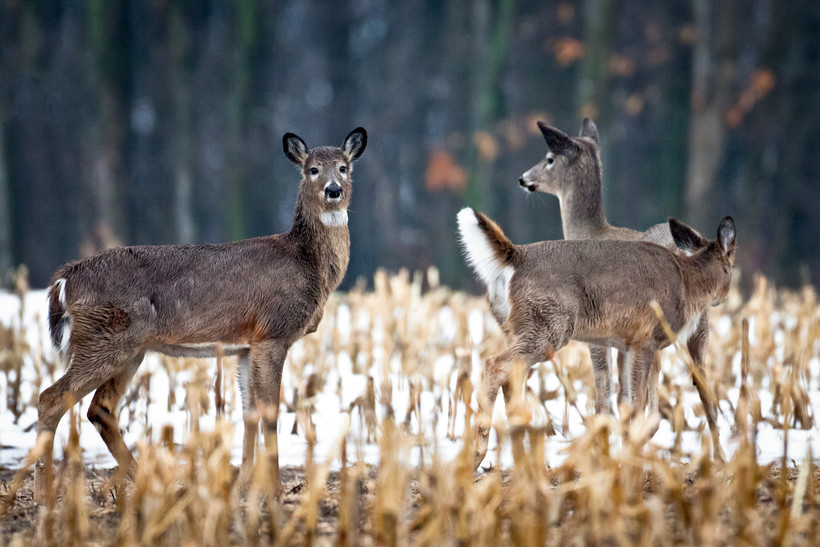 One northern Wisconsin county passed an ordinance last fall to regulate deer farms in an attempt to prevent the spread of chronic wasting disease, while a neighboring county is considering whether to follow suit. The move is not embraced by deer farmers who feel local control is unnecessary and may be cost-prohibitive for new farms.

Any live deer moved to the county must have a certificate of veterinary inspection and be enrolled in the state's herd status program. Deer farmers must also submit a document demonstrating the animal was not housed within 10 miles of known cases of CWD within five years prior to being moved.

Officials have been taking steps to prevent the spread of CWD to the area after fears that a deer herd in the county may have contracted the disease from a southern Wisconsin farm where the animals originated. Far northwestern Wisconsin has been largely unaffected by the fatal neurological deer disease.

The ordinance doesn’t include a requirement to double-fence new deer farms, although a county committee had recommended added fencing in a report earlier this year in an attempt to reduce the risk of the disease's spread. Currently, whitetail deer farms in Wisconsin are required to have a single, 8-foot-tall perimeter fence. The state had also approved an emergency rule to require enhanced fencing of deer farms last year, but it expired in February.

Laurie Seale, vice president of the group Whitetails of Wisconsin, said the ordinance is unacceptable for the deer farmers they represent.

"Basically, when you start requiring restrictions that weren’t in place when you started your business, you’re forcing people out of business," Seale said.

She also fears local regulation will prevent new farmers from coming into the industry. Seale said efforts to oversee farms at the local level stem from a lack of education about the regulations currently in place, adding that any oversight of the industry is best left to the state.

"Deer farmers are doing everything they can to prevent the disease from coming onto our farms," she said. "That’s why we abide by the rules and regulations we have in place because it’s a death sentence for our farms. Nobody wants to prevent it more than deer farmers."

Neighboring Douglas County has also been exploring local regulation of deer farms to prevent the spread of CWD, including possibly requiring double-fencing. The county recently extended its moratorium on any new deer farms.

Keith Allen, a county board supervisor, serves on a committee that’s studying the issue. He supports adding a second fence or barrier around new deer farms to reduce the risk of the disease’s transmission.

"I’m an avid deer hunter," said Allen. "I don’t want to see this disease come up and decimate our herd up here."

Peter Clark also serves on the committee, but he believes deer farms have been unfairly targeted as the disease has spread, affecting 56 counties statewide. He said the county needs to strike a balance between the industry and the well-being of the public and wild deer herd.

"For those people who’ve already established businesses, especially those who don’t have any marks against them, I want to see them treated fairly and given the opportunity to thrive and run a successful, safe business," he said.

Clark would also like to see the state and hunters step up and do their part to prevent the disease’s spread.

In December, Allen said it may be another three to six months before the committee wraps up its review and makes any recommendations on local regulation of deer farms.