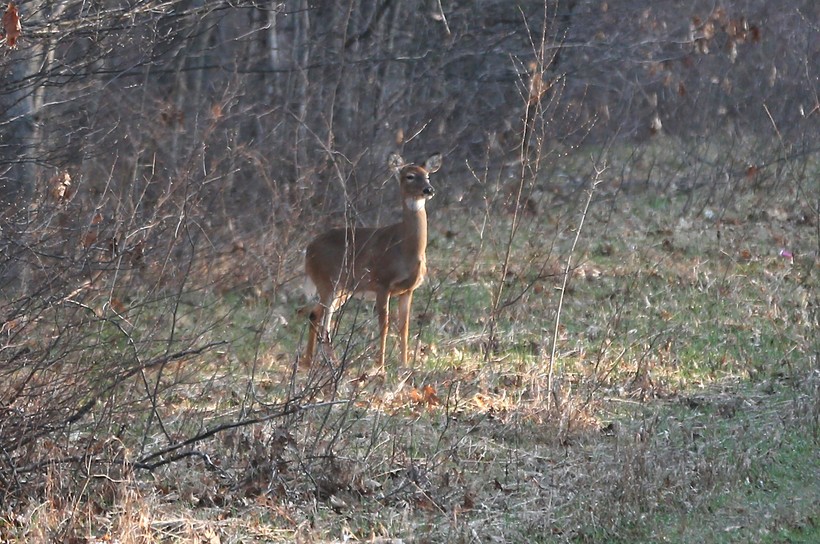 The Wisconsin Department of Natural Resources' board has unanimously approved an emergency rule that requires additional restrictions on the movement of deer carcasses in the state and more fencing for deer farms in an effort to slow chronic wasting disease.

Deer farms are required to have a single, 8-foot-tall fence. The new rule would require deer farms to add a second fence, an electric fence or a solid perimeter fence for farms that have not tested positive for CWD within one year. Farms that have tested positive would be required to have a second fence or solid barrier, said Scott Karel, wildlife regulations policy specialist for the DNR.

"What we see over the last six years or so, there’s a trend picking up where there are more positives on captive deer farms," said Karel.

Five farms have tested positive for CWD in 2018, Karel said, and there are 13 out of 280 whitetail deer farms that currently test positive for the disease on their farms. There have been 23 out of 372 registered deer farms that have tested positive since 2001, according to data from the Wisconsin Department of Agriculture, Trade and Consumer Protection. According to the DNR, 55 out of 72 counties are now considered to be CWD-affected areas.

The DNR estimates it would cost farmers around $876,000 to nearly $1.3 million for fencing materials, depending on whether the farms test positive for the disease. However, the DNR did not factor labor into its installations costs. One deer farmer noted it may cost as much as $30 million to upgrade fencing on farms.

"CWD is not an emergency, because of the strict rules that deer farmers have to abide by. I have to reiterate the program is working to find the disease in the early stages," Seale said. "The most recent whitetail farm that happened to be double-fenced and (had) a closed herd for four years recently was depopulated. They found no more positives — just the initial indexed animal."

Deer farm advocates said the emergency rule represents an unfunded mandate on an industry that they don’t believe is the cause of the problem, said Bob Welch, legislative liaison for Whitetails of Wisconsin. The nonprofit organization represents deer farmers and hunting preserves in the state. Welch noted it’s been said cost-sharing may be available to farmers, but it’s unknown what level of funding may be provided.

"We can’t have people forced into planning and putting up fences before the money’s available," Welch said.

The proposal drew support from tribes and conservationists.

"If these animals are wiped out or potentially wiped out or even close to being wiped out, the Ojibwe bands will be irreparably harmed," said LaBine.

"The spread of this disease must stop by all means necessary," he said.

Deer farmers argued that research on the cause of CWD is lacking and cervid farms conduct a higher level of testing than is currently present in the wild deer herd.

Tami Ryan, section chief with the DNR’s wildlife health section, said the agency is planning to do a new disease detection surveillance strategy.

"We haven’t done that statewide look since about the mid-2000s," Ryan said.

The agency plans to ramp up surveillance beginning in all 19 counties of the west-central district. The sampling will be expanded to the northern district next year and the northeastern part of the state in the following year.

The emergency rule would also prevent deer hunters from moving carcasses harvested in CWD affected areas to other unaffected areas of the state. The deer would have to remain in its county of origin unless it's submitted for CWD testing, deboned, quartered or taken to a licensed taxidermist within 72 hours of leaving the county where it was harvested.

Board members debated issues over disposal of deer carcasses and the need for approved sites. The board’s vice-chair, Dr. Frederick Prehn, said more research needs to be done about the disease, its presence on the landscape and transmission.

"We need to put some money toward researching to find how exactly how this stuff goes in and out of our wild and captive (deer herds), and we need legislators get on board with us as far as helping put out statutes that make landfills accept carcasses," Prehn said.