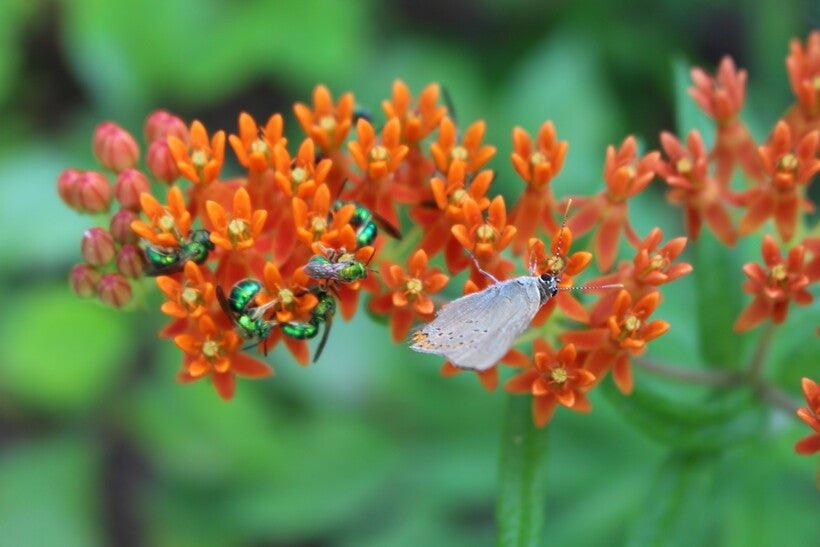 Butterfly milkweed (Asclepias tuberosa) and thousands of other species of plants and insects are associated with longleaf pine savanna. Photo courtesy of Ellen Damschen

Nearly two decades of research has shown that using land corridors to connect patches of habitat can help restore biodiversity. The study published in the journal Science showed 14 percent more plant species in habitats that were connected than those that were isolated.

Researchers measured 239 plant species over 18 years as part of a habitat experiment at the Savannah River Site in South Carolina, said the study’s lead author Ellen Damschen, an integrative biology professor at the University of Wisconsin-Madison.

The corridors allow greater movement among a variety of organisms and at higher rates in habitats that are connected. Damschen likened the annual increase in species to interest on an investment that compounds over time.

"I think that connections are definitely something that should be considered and that the sooner we start on making those connections, the greater the payoff will be in the end," she said.

For Damschen, the study is evidence that land corridors are one conservation tool that can be used to improve the odds of species survival in light of shrinking habitats worldwide.

A United Nations report released earlier this year found more than a half million of the world’s 5.9 million terrestrial species have insufficient habitat for long-term survival without restoration. Experts determined around 1 million animal and plant species are at risk of becoming extinct within decades.

More than 99 percent of Wisconsin’s prairie and savanna habitat has been lost over 200 years due mostly to fire suppression and agricultural use, O’Connor said. The DNR’s website states around 5.5 million acres of savanna habitat was once found in Wisconsin.