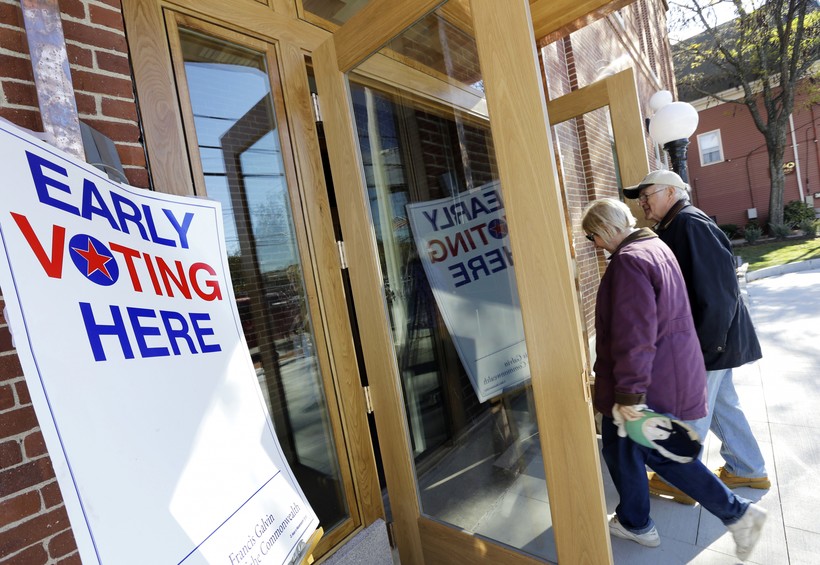 Gov. Scott Walker and Democrat Tony Evers are in a dead heat in the governor’s race, according to the latest survey from Marquette University Law School.

"We are seeing a much closer race than those polls pre-primary," said Marquette pollster Charles Franklin.

In June, the Marquette poll had Walker leading Evers 48-46 among likely voters, and 48-44 among registered voters. Other national polls released before the primary had Evers leading by as many as 13 points.

The Evers campaign touted the results as a sign the Democrat is starting strong in the general election campaign.

"Tony Evers clearly has the momentum in the opening days of the general election," said Evers' campaign manager Maggie Gau. "No matter what poll you look at, Tony has eliminated any advantage Walker has had."

The first poll released after the primary election, which was unveiled last week, showed Evers leading Walker by 5 points.

The survey asked voters about a number of prominent issues in the gubernatorial race, including school funding.

Walker has called himself the "education governor" during his campaign, touting state spending bumps for K-12 schools in the last state budget. Evers, the state schools superintendent, has countered that Walker has harmed schools with years of cuts.

In the Marquette survey, only 15 percent said they think schools are better than they were a few years ago, while 44 percent believe schools are in worse shape.

"I will always do what’s best for our kids," Evers tweeted as the poll results were published. "In my first budget, we will make the largest investment ever in early childhood education, fully fund our K-12 schools and invest $600 million into special education which hasn’t seen an increase in 10 years."

Candidates have also focused on criminal justice reform in recent weeks, with Walker sparring with Democratic gubernatorial candidates before the partisan primary about reducing the state’s prison population and whether or not the governor should visit prisons in the state.

In the poll, 35 percent of respondents said the governor has not paid enough attention to allegations of inmate abuse at that state’s youth prisons Lincoln Hills and Copper Lake. Forty-nine percent said they don’t know enough to form an opinion.

Seventy-three percent of those surveyed said they favor eliminating mandatory minimum sentences for people convicted of nonviolent offenses, so judges can set sentences according to facts of individual cases. Fifty percent favored that for violent offenders.

As the governor continues to tout the state’s $4.5 billion deal with tech giant Foxconn, Evers criticizes its level of risk for taxpayers.

Sixty-one percent of those surveyed by the Marquette poll said the Foxconn development won’t help businesses near them.

"To see how much that race tightens with likely voters, I think is really interesting," Franklin said.

The previous head-to-head matchup between Baldwin and Vukmir, which was surveyed by Marquette in June, had Baldwin leading Vukmir 49-40.

Vukmir’s campaign touted the new results as a sign of her campaign’s momentum at the outset of the general election.

A Baldwin campaign spokesman conceded "it's a close race," but said "Wisconsinites know Tammy Baldwin is standing up for them."