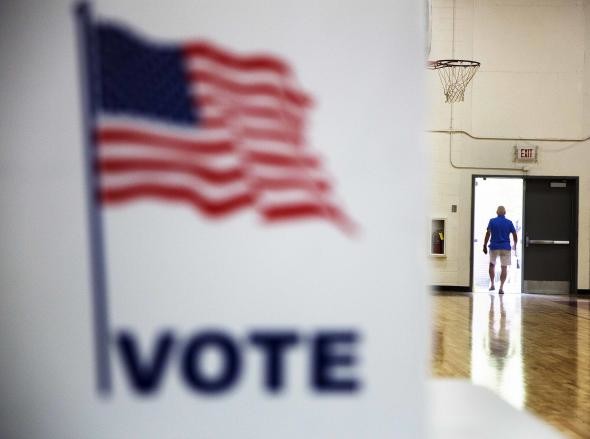 Poll Surveyed 800 Registered Voters Between June 13 and June 17
By Chuck Quirmbach and The Associated Press
Share:

While Evers had the highest support among Democrats polled, Franklin said an overall lack of knowledge about the other nine contenders, and the 34 percent of respondents who said they were still undecided — could help another candidate surge.

"We have examples where people from the field can move out very quickly because the people that don't like the front-runner can sort of jump on the bandwagon with one good alternative," Franklin told WPR.

The poll found that more than 60 percent of respondents don't know or haven't heard enough about any of the candidates. Evers was the best known of all them; 61 percent said they didn't know enough about him. The rest of the field was all above 70 percent.

The poll also shows Republican Gov. Scott Walker defeating Evers or any Democrat in a head-to-head matchup. But in several cases, the difference is within the poll's margin of error — plus or minus 4 percentage points — making the potential contest a toss-up.

When matching U.S. Sen. Tammy Baldwin against the possible Republican candidates, Baldwin got the edge — getting 50 percent to Nicholson’s 39 percent, and 49 percent to Vukmir’s 40 percent.

Franklin said Baldwin may be ahead in the overall contest in part because of name recognition.

"There's this giant gulf in how well known the other candidates are — with 60-plus percent not knowing either Vukmir or Nicholson," Franklin said. "Baldwin is well-known."

Franklin added that Baldwin is not as polarizing a figure as he says some other politicians are, leaving little for the GOP Senate candidates to attack.

Gov. Scott Walker's approval rating is rising a bit as the campaign season ramps up.

His disapproval rate was at 47 percent, unchanged from March. Three percent didn't know or didn't have an opinion.

President Donald Trump's approval rating is inching up in Wisconsin.

Trump's disapproval rating was 50 percent, the same as in March.

The poll continued to show a stark partisan divide over his job performance, with 87 percent of Republicans approving and 93 percent of Democrats disapproving. Most independents — 51 percent to 41 percent — disapproved of his work.

The latest poll surveyed 800 registered voters between June 13 and Sunday, before reports of Trump's administration separating children from parents who cross the border illegally began building. The margin of error was plus or minus 4 percentage points.

Editor's note: This story was updated at 2:42 p.m. to include original reporting by WPR staff.