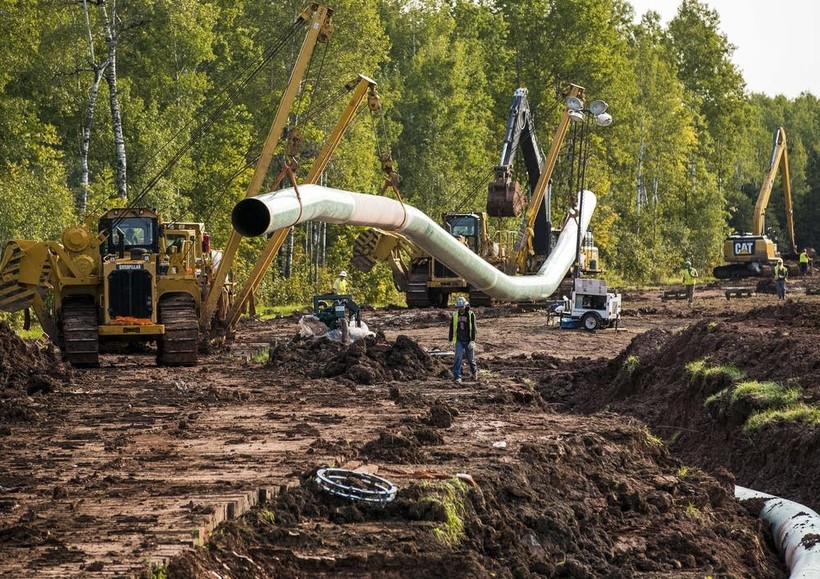 Construction vehicles transport a new section of pipeline to where it will reside in the ground south of Superior, Wis. Derek Montgomery for MPR News 2017

In a victory for Line 3 oil pipeline opponents, the Minnesota Court of Appeals on Monday reversed the state Public Utilities Commission's approval of the Line 3 environmental review, saying it didn't address the potential impact of an oil spill into the Lake Superior watershed.

Last year, the PUC approved Enbridge Energy's plan to replace its aging Line 3 oil pipeline, which has been transporting oil across northern Minnesota from Alberta, Canada, since the 1960s.

But after two environmental groups and three Minnesota Ojibwe bands appealed that decision, the Minnesota Court of Appeals reversed the PUC's approval "because it does not address the potential impact of an oil spill into the Lake Superior watershed." 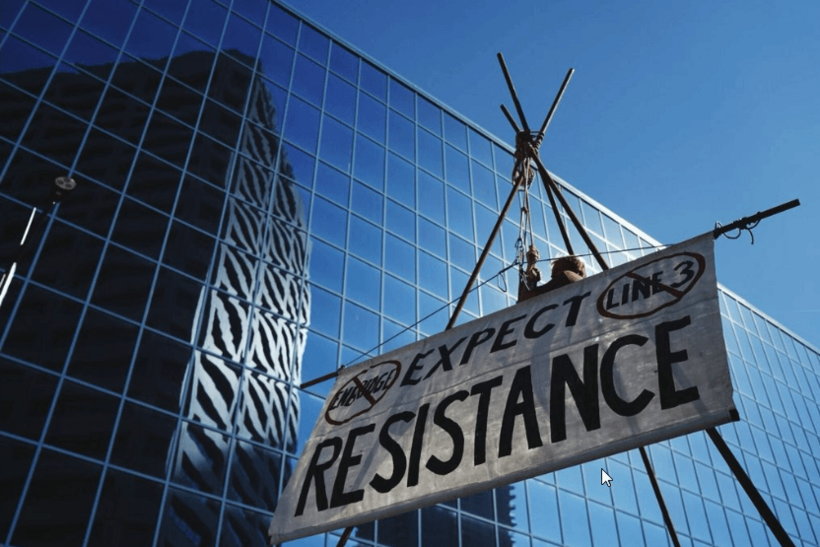 Ben, a Line 3 pipeline opponent who only wants his first name to be used, hangs from a tripod in the middle of a downtown St. Paul street, just outside the state PUC offices. Police eventually talked him down. Evan Frost/MPR News 2018

Enbridge Energy could appeal the decision to the Minnesota Supreme Court.

The new pipeline would replace one of Enbridge's five lines that carry oil across northern Minnesota. It has drawn strong opposition from environmental groups, tribal groups and some tribal governments and climate change activists.

The case ruled Monday was filed by the environmental groups Friends of the Headwaters, and Honor the Earth, as well as the Mille Lacs Band of Ojibwe, the White Earth Band of Ojibwe and the Red Lake Band of Chippewa Indians. They argued that the environmental review of the Line 3 project did not adequately analyze the potential impacts of oil spills along the route or the potential harm to tribal resources.

Several groups, plus the Minnesota Department of Commerce, have filed separate challenges seeking to overturn the PUC's approval of a certificate of need for Line 3. Appeals have also been filed to block the commission's granting of a route permit for the pipeline. 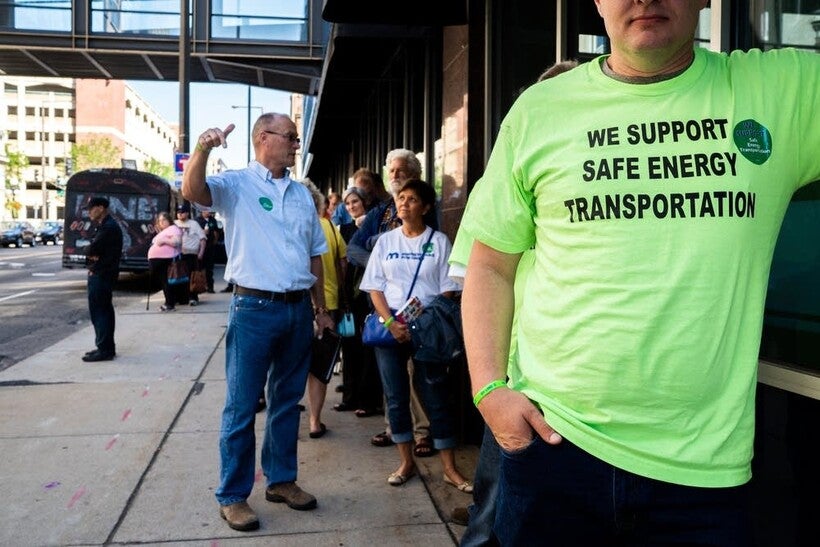 Supporters and opponents of the line 3 oil pipeline line up outside of the Public Utilities Commission in St. Paul, Minn. Evan Frost/MPR News 2018

Labor unions, industry groups and many local officials have supported the project, saying it would create thousands of construction jobs and generate millions of dollars in property tax revenue for the northern Minnesota counties the new pipeline will cross. They also argue that the new line would be safer than the current Line 3, because it would replace an existing, aging pipeline.

Enbridge still needs several state and federal permits before it can break ground on the project in Minnesota. The company has said that it plans to begin construction on the new line in 2020, and have it in operation sometime in the second half of that year. It's unclear what impact Monday's ruling will have on that timeline.