The Milwaukee Public Museum has narrowed the search for its new home from 10 to four sites in downtown Milwaukee, according to MPM President and CEO Ellen Censky.

The museum plans to move from its current Milwaukee County-owned building at 800 W. Wells St. to a new building. It has been considering future sites since 2015.

Censky, who was named CEO on Tuesday, said one of her first steps will be to make sure the museum thrives in its current location so museum leadership can make the case for relocation. 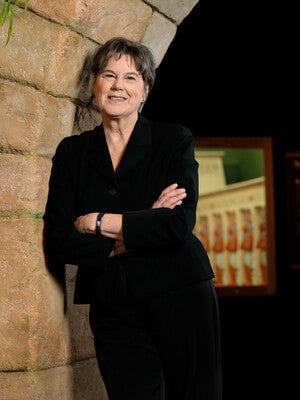 Eventually, a statewide fundraising campaign will be launched for the approximately $100 million project. The museum attracts about 550,000 visitors per year from every county in the state, Censky said.

The sites being considered are all downtown because the museum wants to continue to be accessible to the diverse visitors it attracts, Censky said.

Censky would not say where the sites are located, but did confirm one of the sites being considered is at the Marcus Center for the Performing Arts.

In December, the arts center announced it would begin renovations. At the time, leaders of the center unveiled architectural drawings showing a downtown cultural center that could include the Milwaukee Public Museum and Betty Brinn Children’s Museum.

Betty Brinn is privately-owned and leases space from the Milwaukee Art Museum near the lakefront.

One idea that is off the table is combining the museum with the Mitchell Park Domes.

In the spring, a report commissioned by a joint task force of the Milwaukee Public Museum and the Mitchell Park Domes recommended demolishing the domes and replacing them with a combined, $300 million facility.

"We can't co-exist with them in a way that both institutions needed, so we all came to the conclusion that the domes just won't work," Censky said. "We were happy to be part of that and to do our due diligence to make sure everything checked out. It just didn’t appear feasible based on studies."

Censky said there is not a date set for when the fundraising campaign will begin or when a site will be selected. In the meantime, she is focused on promoting what the current museum has to offer.

The Milwaukee Public Museum's biggest strength is the natural history collection that tells the history of Wisconsin through time, Censky said.

"No other institution has those kinds of collections," she said.

She is the first female president and CEO in the museum’s 137-year history.

"After an extensive national search that included speaking with qualified individuals from around the country and the world, we know we’ve identified the right leader to guide the Milwaukee Public Museum into the future," said Susan Martin, who chaired the museum’s search committee.

Censky began her career at the Milwaukee Public Museum in 1977. She went on to serve in other leadership capacities nationally, including at the Carnegie Museum of Natural History in Pittsburgh.