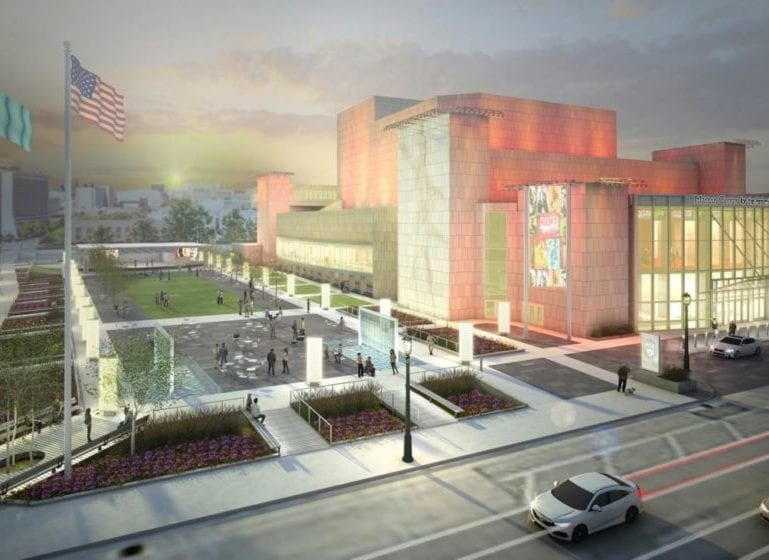 Rendering of the Marcus Center for the Performing Arts renovations downtown Milwaukee. Photo courtesy of HGA

The Marcus Center for the Performing Arts in downtown Milwaukee will begin renovations in spring, and future plans could also include moving the city’s public museum and children’s museum to the campus.

On Wednesday, an architect commissioned by the Marcus Corporation will unveil drawings showing what a downtown cultural center would look like.

The Milwaukee Public Museum plans to move from its currently Milwaukee County-owned building on the west side of downtown to a new $100 million or more building within the next decade. Museum officials have said they hope to break ground on the project by 2022.

Betty Brinn Children’s Museum is privately-owned and leases space from the Milwaukee Art Museum near the lakefront. Matthews said the children’s museum has been contemplating relocating because it has outgrown its space.

"The result of that is three to four major blocks in downtown Milwaukee of a whole new cultural center," said Paul Mathews, president and CEO of the Marcus Center for the Performing Arts. "That’s why we wanted to put our plan out now. Shortly we’ll see what the architects are imagining for a museum development."

Kristen Adams, chief advancement officer with Brinn, said there are many possibilities for the organization’s future home.

"The (architectural drawings) contemplates an exciting vision for locating our organization, the Milwaukee Public Museum and parking for the Marcus Center for the Performing Arts on one campus, and we look forward to seeing the results," Adams said.

A Milwaukee Public Museum spokeswoman said there is a lot of excitement about the future and the museum continues to explore many possibilities and potential partnerships, one of which is being explored as part of the Marcus project.

The Marcus Center renovation project includes updates to grounds surrounding the theater to provide an open, park-like setting for the community. An outdoor cafe also will be built along the RiverWalk. The inside of the theaters will also be renovated to improve function and experience for patrons.

The project is expected to take three to five years. The cost is not yet determined. Matthews said most of the work will be privately financed; however the Marcus Center will likely launch a capital campaign.