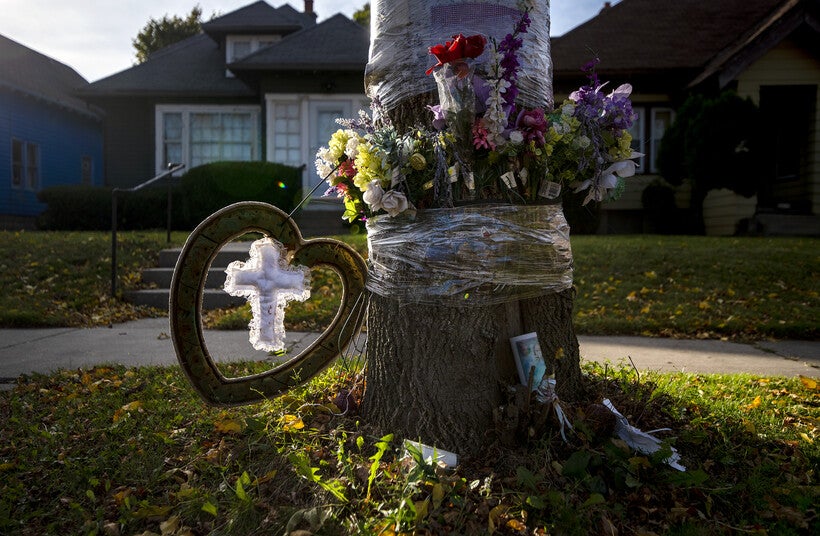 Milwaukee residents are the most likely in the state to say they're concerned about crime in their community, a recent poll found.

Though a majority of people in all parts of Wisconsin said they feel safe in the latest Marquette University Law School Poll released last week, a majority also said they see crime rates as a concern.

The public's perception of crime as a serious issue is shaping policymakers' responses even as some say Milwaukee is unfairly blamed for national trends.

According to the poll, 52 percent of respondents said they were either "very concerned" or "somewhat concerned" about crime in their communities. And responses varied widely in different regions of the state.

Milwaukee has seen a striking increase in homicides in the last two years.

The city recorded 315 homicides in 2021, compared to 215 in 2020 and 185 in 2019, according to the state Department of Justice. Milwaukee data show the city has already recorded 65 homicides this year, compared to 43 at this time last year and 50 at this time in 2020. The trend is not specific to Milwaukee; recent years have seen a broad, nationwide increase in violent crime.

Those involved in efforts across the region say efforts to combat violence need to focus on the social and economic factors that contribute to it.

"The (homicide) spike is real, but also a lot of the spike could be mitigated by programs that get to the root causes of a lot of these things," said Brandon Weathersby, a spokesperson for Milwaukee County Executive David Crowley.

Weathersby pointed to the county's Community Health and Healing series of discussions about mental health, which are meant to connect people to resources that could help them to avoid inflicting violence on others or on themselves.

For Jeri Bonavia, director of the nonprofit Wisconsin Anti-Violence Effort, or WAVE, the nationwide increase in crime is an expected outcome from the spike in gun purchases seen in the early days of the pandemic.

"Given that we saw that spike happening in real time, we’re not surprised that we’re now seeing the result of it," Bonavia said.

Weathersby said some discussions of crime in Milwaukee are "a little bit sensationalized," and noted that even the Marquette poll found a large majority of Milwaukee respondents said they feel safe. And Bonavia noted that "the rest of Wisconsin is not immune to gun violence."

"The raw numbers may not be the same in other parts of the state," Bonavia said. "Unfortunately, we are seeing (rates of violence) increase all over the state."