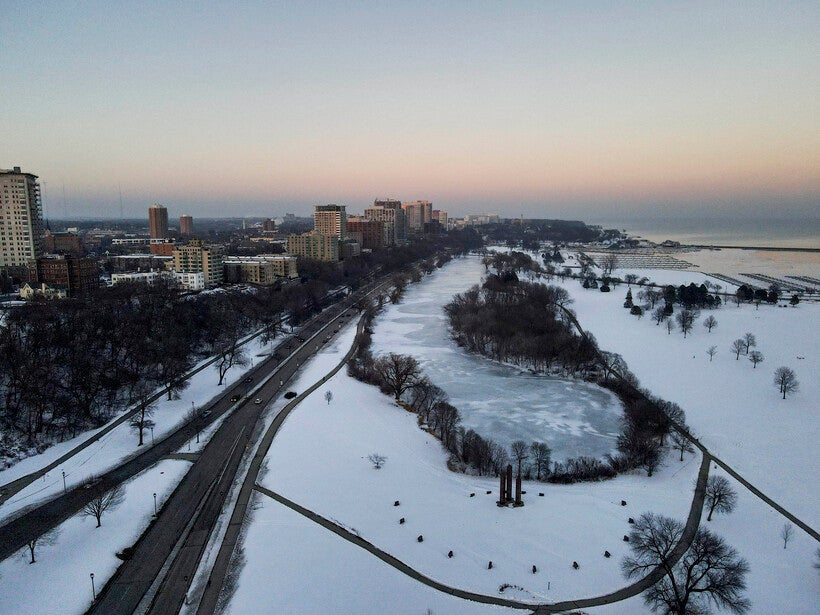 The city had two consecutive years of record homicide rates and has started 2022 with an alarming number of murders. Milwaukee had 26 homicides in January alone.

"Let’s be clear; these are not numbers, they are people. People with families and friends. People whose deaths leave emotional scars on our city," Johnson said during the address. "Over the last month we have seen children shot and killed, a horrific murder of six people across the street from one of my childhood homes, five girls shot outside a high school basketball game, and three law enforcement officers wounded by gunfire."

Johnson said he knows there will be pushback for giving additional funding to police, but he said public safety must be a focus.

The issues of racial profiling and racism among policing aren't lost on Johnson.

"When I was in my late teens, police stopped me, they ripped me from my car, demanded I sit on the curb and while they searched my car — without permission and without a warrant," Johnson said. "Of course, they found nothing, but I can still feel the disrespect, the powerlessness, and yes, my anger from that encounter. Policing doesn’t require that kind of tactic."

When contacted after the speech by Wisconsin Public Radio, the Milwaukee Police Department released the following statement: "Public safety is the Milwaukee Police Department's main priority. We are committed to working with our community and system partners to build sustainable neighborhoods free of crime that are built on positive relationships."

During his 13-minute address, Johnson also talked about the ongoing challenges of the COVID-19 pandemic, which has killed more than 1,000 people in Milwaukee and infected nearly 150,000 people in the city.

"It has disrupted our schools and our economy," Johnson said, urging people to get vaccinated.

Johnson also made a familiar plea to the state to raise shared revenue so that Milwaukee receives more money to "fix potholes and pay for police."

"Thoughtful legislators — both Republicans and Democrats — acknowledge the bind that Milwaukee is in," Johnson said. "But recognizing the problem is just the first step, we need solutions, and we need them promptly."

Johnson said in order to realize Milwaukee's full potential, the city's hardships including poverty, the lack of affordable housing, too few family-supporting jobs and educational shortfalls must be addressed. But he's optimistic about the future of Milwaukee.

"For us to succeed, our residents need to be more involved in our neighborhoods, in community organizations, in your church’s activities and in your children’s schools," Johnson said. "Be a part of the team and share in the responsibility for shaping the future of Milwaukee. Good things are ahead, and it’s time to get to work."

Johnson has served as acting mayor since Tom Barrett resigned in December and has been able to use this time to lay out his visions for the future of Milwaukee.