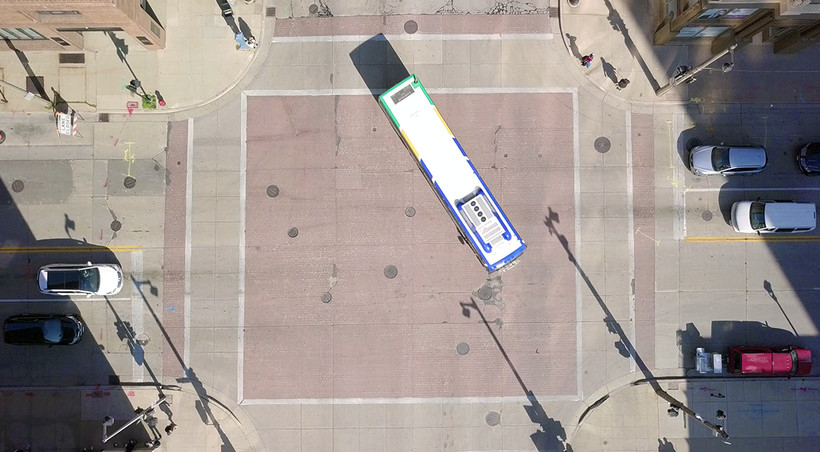 The Milwaukee County Transit System is seeing an increase in ridership this year compared to last, but numbers are still not as high as they were before the COVID-19 pandemic.

As of this week, the transit system will have given nearly 1.1 million more rides than this time last year, for a total of 8.5 million.

"The good news is that ridership is definitely bouncing back," said Kristina Hoffman, director of marketing and communications for MCTS.

Transit agencies around the country were seeing declining ridership even before the COVID-19 pandemic. But shelter-in-place policies created even steeper drops.

An April 2022 study by the Wisconsin Policy Forum found that bus ridership was down about 50 percent across Milwaukee County and the cities of Appleton, Eau Claire, Green Bay, Kenosha, Madison, Oshkosh, Racine and Waukesha. In 2019, Wisconsin residents rode on those transit systems 48.5 million times, according to the report. In 2021, ridership was down to 22.6 million.

The 2020 annual report from MCTS said it's "unclear" whether ridership levels will return to pre-pandemic levels.

"That’s the elephant in the room; will transit ever get back to the pre-pandemic levels, and I think we’re trying to figure out really what the new normal is," Hoffman said.

But for now, Hoffman is viewing the increase this year as an "achievement worth celebrating."

Hoffman said the summer festival season in Milwaukee has contributed to the increase. MCTS expects another boost in ridership when college classes are fully in session. Unpredictable gas prices and more people returning to the office for work has also led to the increase.

MCTS is also seeing a five percent increase in riders using the bus for "social and recreational use," according to the annual ridership survey.

"So we expect the ridership trend to continue," Hoffman said.

But with the increase comes an increased focus on the financial challenges the bus system is facing in Milwaukee County.

MCTS is expecting a budget deficit of around $40 million by 2025. The state legislature is also cutting funding to Madison and Milwaukee by 50 percent over the next two years despite an estimated state budget surplus of as much as $5 billion.

"Our MCTS system is being asked to do more with less," Milwaukee County Chairwoman Marcelia Nicholson said. "Gas prices are going up, the cost of providing our services is going up, and then the state legislature actually cut our transit funding in half."

“But that's not enough, we really need to restore transit aid,” she said.

In a news release, Hoffman said MCTS is facing an "upcoming fiscal cliff that will force us to make difficult decisions unless long-term funding solutions can be identified at local, state and federal levels."

Nicholson said the Milwaukee County Board is working with the county executive and state officials to restore cuts in funding.

The county transit system is also focusing on its MCTS Next redesign, which includes making 60 percent of buses arrive at least every 15 minutes during service hours. The system removed some stops that were close together, shortening some routes while extending others. It's been in the works for years, but wasn't fully implemented until last summer.

MCTS is also looking to purchase more clean diesel buses, as federal and local funds just helped them purchase 73 new clean diesel buses this year. The transit system plans to retire 73 buses federally recognized as past their useful life, replacing each with an advanced clean diesel bus by fall, a news release said.