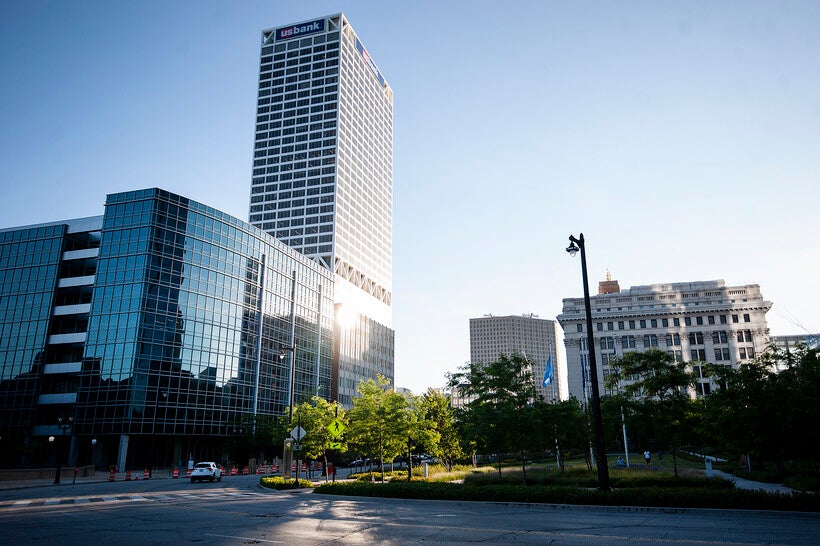 Milwaukee County DA: Federal Agents Will Be Investigators Not Agitators

The federal agents being sent to Milwaukee by the White House over the next three weeks will be investigators focused on "people shooting other people," and other violent acts in the city, according to Milwaukee County District Attorney John Chisholm.

Chisholm told a Milwaukee Common Council committee Monday the agents will be part of the Department of Justice — not Homeland Security, which has been the group responsible for the violent acts against protestors in Portland, Oregon.

"We have to remain vigilant and disciplined in making sure we know who is coming and what they are going to do," Chisholm said, adding that if the federal agents don’t follow the law, he is prepared to prosecute them.

Federal agents, typically U.S. Marshals, have been in Milwaukee since September under Operation Relentless Pursuit, a program launched in late 2019 to address violent crime, drug trafficking and the illegal use of firearms. Milwaukee Mayor Tom Barrett and the Milwaukee Police Department expressed support for the operation when it launched, and the city received $9.7 million through the program.

The project was recently revamped and renamed Operation LeGend after LeGend Taliferro, a 4-year-old fatally shot in Kansas City, Missouri this summer. Over the last month, the White House has been announcing cities that would see a surge in federal officers to combat rising violence.

Milwaukee learned it was one of those cities last week. Milwaukee has had 95 homicides this year, double the city’s murder rate from 2019. Chisholm said he hasn’t seen the homicide rate this high in Milwaukee since the 1990s.

"I don’t want us to fall into the trap of saying we are going to reject resources that might help us address this violent crime surge," Chisholm said. "It has to be done in a restrained and constitutionally appropriate way. But to reject, how are we going to explain that to the community?"

Chisholm doesn't know how many investigators will be in Milwaukee or how long they will stay. More information is expected later this week from the U.S. Attorney’s Office.

The agents will be in the city during the Democratic National Convention and join another approximately 1,000 federal agents who will be here for that event.

Despite assurances that the agents are coming to Milwaukee to combat crime, state and local leaders, as well as non-profit leaders and residents, are skeptical of the Trump administration’s intentions.

On Monday, Nick DeSiato, chief of staff for the Milwaukee Police Department, reiterated that the department had not requested the agents.

"We were blindsided by the reference to Milwaukee," DeSiato said. "We are not the federal government, they are going to make their own decisions, but we share similar concerns. We have observed what’s occurring in other cities, and like everyone else, we don’t want that in Milwaukee."

Chris Ott, executive director of ACLU Wisconsin, said after seeing repeated excessive use of force in Portland, he’s concerned the agents will use force to disband peaceful political protests related to the DNC.

"When officers, whether federal, state or local, move through a neighborhood in armored vehicles meeting peaceful protestors with rounds of tear gas, rubber bullets and other ammunitions they intensify tensions where they should be trying to defuse them," Ott said.

Ott said despite the assurances, even if the agents are in Milwaukee to reduce crime, the city does not need more police officers.

"Many of the recent homicides in Milwaukee are the result of domestic violence, and swarming the streets with more police will not prevent this," Ott said.

Chez Ordoñez who heads the Milwaukee Equal Rights Commission echoed Ott’s concerns. He said the White House is using scare tactics in Wisconsin, a swing state, and Milwaukee, host of the DNC.

"Violent crimes happen for a reason, we have no sensible gun reforms, lack of jobs, lack of food and lack of an investment in our communities. And the response to that is to send in the troops," Ordoñez said. "DA Chisholm said this could help reduce crime. Well, with all due respect, show me where this has worked. All this is doing is to create more distrust within our communities."