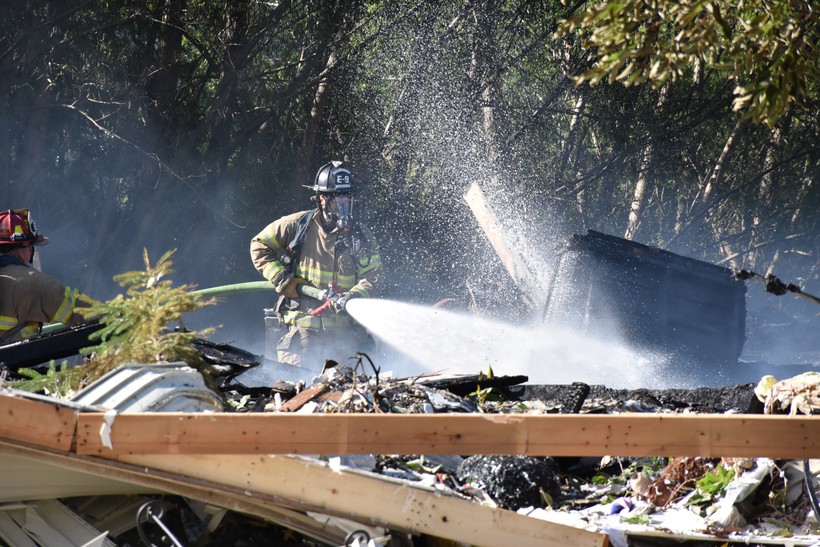 Some Wisconsin fire departments are no longer using firefighting foam that contains PFAS — a group of man-made chemicals that have been linked to increased cholesterol and cancer risk, among other health hazards.

The state Department of Natural Resources considers a fire training center to be the biggest PFAS contaminator in the Marinette and Peshtigo areas. The "forever chemicals" contaminate Wisconsin’s groundwater and waterways, and are also found in products like nonstick pans.

In mid-December, the Madison Fire Department switched to PFAS-free, or fluorine-free, foam.

According to the department, tests at the University of Notre Dame found the new foam has fluorine levels of one part per million (ppm), with a margin of error of six ppm. That’s compared to fluorinated foam’s 5,000 to 7,000 ppm.

"Kinda from a selfish standpoint, as chief, I didn't really feel — I don't feel safe with our firefighters being exposed to those products," Madison Fire Chief Steven Davis said.

Davis also has environmental concerns. After the American Transmission Co. (ATC) substation fire in Madison in July, "a pretty high content" of PFAS was found in stormwater runoff, he said.

At the Madison Fire Department, teams tested new foams by putting out small test fires and spraying their back parking lot to check for proper bubbliness, Davis said.

Does the new foam work as well as the old?

"I would say the team would tell you 'no,' but it works well enough to get the job done," Davis said.

Firefighters will need to use more foam from now on, Davis said. To put out the ATC substation fire, he said firefighters needed about 40 gallons of foam concentrate.

"Probably if that fire burned today, heaven help us, we probably are looking at maybe 50 to 60 gallons of foam concentrate instead," Davis said.

Vicki Quint is a firefighter safety and anti-PFAS activist. She said fire departments often team up to tackle big fires, so unless all departments switch to non-fluorinated foam, PFAS will still be a problem.

Fire chiefs need to know about the dangers of fluorinated foam so they can decide not to use it, she said.

"There’s nothing that says they can’t use the fluorine-free foam," she said.

"It serves a purpose to us in extinguishing fires, but if the greater good is not using it, is better for the environment and longer-term health problems for people, we're not gonna be a part of something like that," he said.

O’Leary said now that PFAS-free foam is readily available, he hopes more fire chiefs will take advantage of it.

"I think departments will follow suit. I mean, I can't imagine why they wouldn't," he said.

State lawmakers are considering a bill to partially ban firefighting foams that contain PFAS. Foam with PFAS would still be allowed in emergency fire fighting operations.