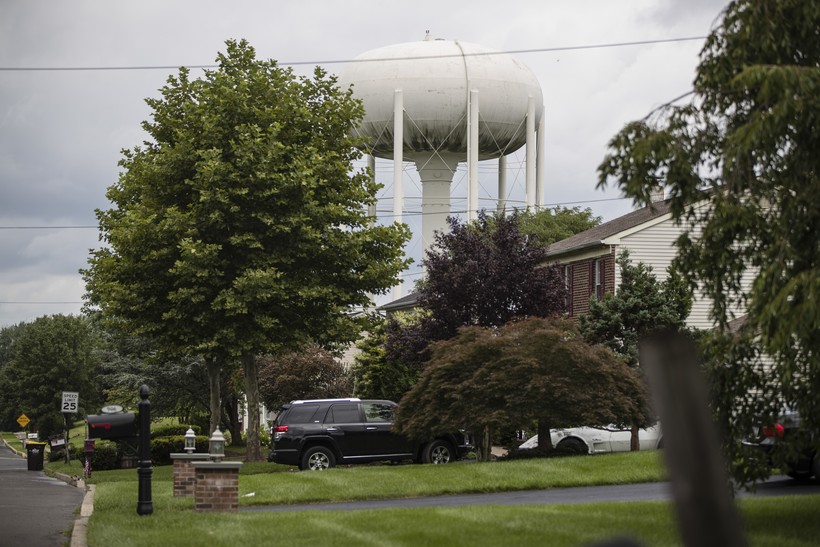 Concerns are bubbling up over contaminated drinking water in some Wisconsin municipalities, leading officials to take action.

The contaminants are per- and poly-fluorinated compounds, a class of more than 3,000 related chemicals known collectively as PFAS. They’re present in household items such as non-stick cookware and food packaging, as well as firefighting foam.

PFAS exposure presents a health hazard; some studies have shown that certain PFAS compounds may increase cholesterol, reduce fertility in women, impact the immune system, increase cancer risk and more, according to the Centers for Disease Control and Prevention’s toxicology agency. Because humans cannot metabolize these compounds, exposure accumulates over time.

In 2016, the U.S. Environmental Protection Agency established a health advisory for two of the most commonly used PFAS compounds, PFOA and PFOS. They advise that the combined concentration of these compounds should fall below the 70 parts per trillion threshold for drinking water. However, the advisory is non-enforceable.

Some worry that advisory level is still too high. Vermont has a 20 parts per trillion enforceable standard for drinking water. And Wisconsin is looking into establishing a standard of its own.

Wisconsinites have paid more attention to PFAS in the past few years. In recent weeks, the compounds have made headlines in and around Madison and Marinette as officials and residents push for change.

In 2017 in Madison, two wells tested positive for PFAS, though in amounts well below the EPA’s guideline. Well 15 is located off East Washington Avenue, and showed higher concentrations, and well 16 is on Mineral Point Road. Groundwater contamination near Marinette comes from the Tyco Fire Protection Products facility.

"The problem with that is that no one is really sure that the established limit set by the EPA is indeed current or correct enough to prohibit harm to human health," said Lauren Cnare, president of the Madison Water Utility Board.

Well 15 showed a higher number of compounds than well 16 and is located near the Truax Air National Guard Base, which officials believe to be the source of contamination. Testing at well 15 previously occurred semi-annually, but the city began monthly testing in February.

Madison Mayor Paul Soglin sent a letter to Capt. Matthew Shaw at the base in November, asking the Guard to expand their investigation into PFAS groundwater contamination.

Some residents also called for increased testing and voiced concerns about health risks, including at a meeting of the Madison Water Utility Board last Tuesday. There, the board resolved to increase protections and regulations of PFAS through six measures:

Several alders will also pursue a PFAS task force convening city, county and state officials. Mayor Soglin issued a statement Friday supporting the task force, writing: "Madison Water Utility did not cause this problem, but they will be willing participants in finding a solution which will assure the continued availability and delivery of safe water for all residents of the city."

Cnare credited the residents near well 15, which so far has shown the highest concentration of contamination, for researching the issue and voicing concern.

Residents and activists, such as the group Citizens for Safe Water Around Badger, have sought to regulate PFAS for several years.

Laura Olah, CSWAB's executive director, wrote to the DNR in September 2017, requesting they work with the state Department of Health Services to establish a lifetime health advisory for PFAS, specifically the independent and combined amounts of PFAO and PFOS.

The DNR requested DHS do exactly that in March. Epidemiologists and toxicologists at DHS are developing groundwater quality standards for 27 compounds, including some PFAS, said a DHS spokeswoman. They hope to complete the recommendations by mid-2019.

The sites also include the National Guard base in Madison and the Tyco Fire Products facility in Marinette. The Milwaukee Journal Sentinel recently reported that Tyco waited four years to alert area residents of PFAS contamination in their groundwater.

"The department is looking at that whole situation," said Ales. He declined to comment further on whether Tyco violated any rules or will face sanctions.

State law requires "persons responsible for the discharge of PFASs to the air, land or waters of the state will need to immediately notify the state, conduct an investigation, determine the appropriate clean-up standards" and "conduct necessary response actions," according to a DNR brief.

The DNR has authority over chemical contaminants after a spill has occurred, Ales said. Once they became aware of the contamination from Tyco, the DNR directed the culpable company to assess the extent of the damage.

Marinette Mayor Steve Genisot said their municipal water has not been contaminated, but that some private wells within the town of Peshtigo had. Peshtigo officials could not be reached for comment by time of publication, but the town's website contains notices regarding the contamination from Tyco.

Ales said the company has provided a treatment system to nearby homes with contaminated water, as well as bottled water to any residences within the vicinity under investigation.

"The next phase of this whole investigation is what kind of potential water supply options are there, as well as what kind of remedial actions" are available, Ales said.

"These compounds have unique chemical properties that require new remediation technologies or innovative combinations of existing technologies," according to the Interstate Technology and Regulatory Council. Although some methods are under development, "Full-scale PFAS treatment in water is limited to sorption using carbon, mineral media (for example, clay), or a combination of these."

"There's a lot of work to be done in that area," said Ales.

As a result, some activists have pushed for action beyond remediation. The PFAS Community Campaign, launched by CSWAB in early 2018, is petitioning Congress to ban the use and production of PFAS by 2020.