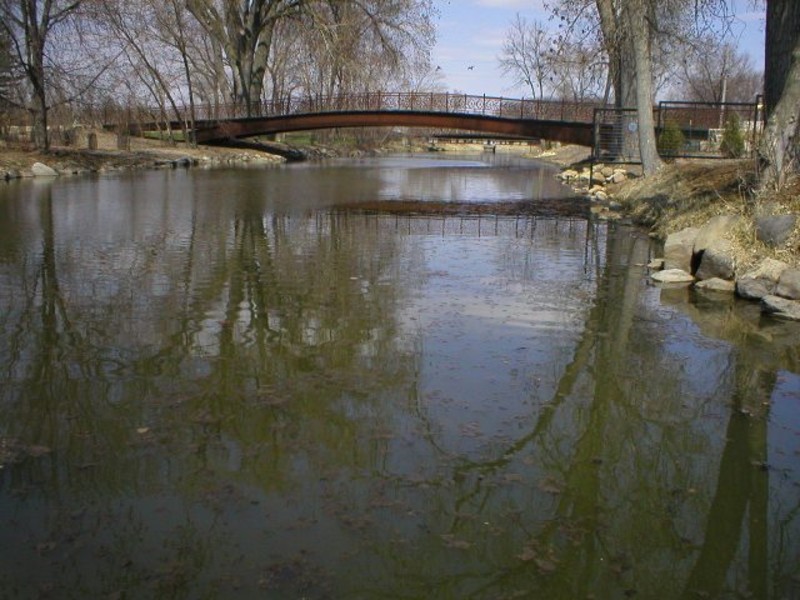 The first round of sampling for chemicals known as PFAS in surface waters has revealed elevated levels in Wisconsin rivers and creeks. The highest concentration of the two most commonly studied PFAS compounds were discovered in Starkweather Creek in Madison.

The Wisconsin Department of Natural Resources conducted three rounds of sampling this summer at sites that were near known or likely sources of PFAS chemicals, including portions of the Menonimee, Mississippi and Wisconsin rivers.

The sampling showed Starkweather Creek in Madison had the highest concentration of two PFAS compounds with levels as high as 270 parts per trillion. The levels are at least 13 times the recommended groundwater standard proposed by the Wisconsin Department of Health Services in June. The creek isn't a source of drinking water, but it flows into Lake Monona.

"In that case, it would be recommended that the public would follow those fish consumption advisories that are already out for other contaminants and to just try to avoid incidental ingestion of that water," said Adrian Stocks, the DNR's water quality program director.

States like Wisconsin have become increasingly concerned about the chemicals because they don't break down easily in the environment and research has shown they've been linked to cancer and adverse health effects. The chemicals are found in products like nonstick cookware and firefighting foam.

Darsi Foss, environmental management division administrator for the DNR, said the agency hasn't reached any definitive conclusions about the source of contamination. She said the higher levels might stem from new sources or contaminated groundwater entering the creek. However, she said PFAS contamination has been found at the nearby Truax Field Air National Guard Base.

"We are working with the Air National Guard to ensure that they accelerate what they've been doing out there," she said. "I think the key here is to determine how far it left the base and whether it's the source of contamination in Starkweather Creek and municipal wells."

The Madison Water Utility confirmed two municipal wells that serve the city's northeast side and part of the city's west side were affected by PFAS late last year. On Tuesday, the office of Madison Mayor Satya Rhodes-Conway issued a release on the city's actions to date.

"The City of Madison has repeatedly requested that the Air National Guard conduct a complete site investigation into the extent and magnitude of soil and groundwater PFAS contamination on the Truax base," the release stated. "The City will again repeat this request—that the site investigation be completed and that a remedial action plan be implemented as soon as possible."

Capt. Joe Trovato, spokesman for the Wisconsin National Guard, said they are adhering to any federal standards related to PFAS chemicals.

"We have been working hand in hand with the DNR and we look forward to continuing that relationship and working with the city, the airport, the DNR and other partner organizations in this scenario," said Trovato.

The U.S. Environmental Protection Agency has not yet issued a federal standard for PFAS in drinking water. The agency has issued an advisory level of 70 parts per trillion for lifetime exposure.

"Now more than ever, they need to step up and invest in research on how PFAS chemicals harm human health and establish meaningful standards to help protect Wisconsinites from PFAS exposure," said U.S. Senator Tammy Baldwin in a statement on Monday. "We must address this public health crisis now."

Sen. Baldwin has been pushing for federal accountability with regard to PFAS contamination, as well as research and funding.

Foss said the agency suspects firefighting burn pits at the Dane County Regional Airport might also be sources of PFAS contamination that require investigation. The DNR has been working with the city to look at other possible sources in the area.

Additional surface water or groundwater sampling in the area might be required to pinpoint the source. The agency is continuing to analyze fish tissue samples that were collected from Starkweather Creek and elsewhere. The DNR also plans to conduct a fish monitoring project in Lake Monona next year to study species for PFAS and other contaminants.

The first round of sampling also showed levels of 23 parts per trillion for PFOA in the Wisconsin River below Rhinelander. The testing also found levels of 21 parts per trillion of PFOS in Silver Creek near Fort McCoy. Foss said they would likely ask federal officials to expand their investigation of PFAS contamination at the U.S. Army Training Center.