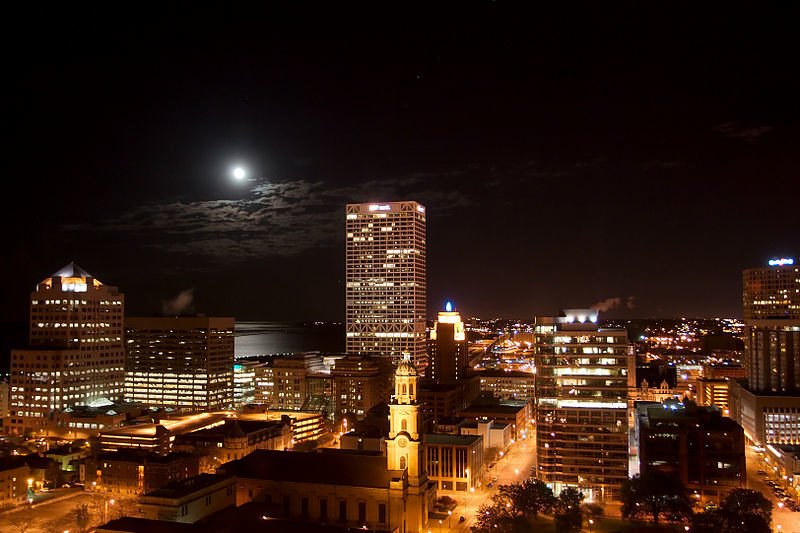 Looking At Poverty In Milwaukee Through A Public Health Lens

Trauma-Informed Care Could Serve As Model For The City
By Chris Malina
Share:

Poverty in Milwaukee remains one of the city’s most pressing issues.

Census data puts Milwaukee’s poverty rate at 29 percent, which is nearly double that of the national rate. Additionally, more than 40 percent of the city’s children fall below the poverty line.

While poverty has long been thought of as an economic problem, officials in Milwaukee are starting to examine the issue through the lens of public health, and refocusing on the health and societal outcomes poverty can have.

"Poverty is a major driver for the well-being of all who live in this great state of Wisconsin," said Bevan Baker, commissioner of health for the City of Milwaukee. "It really undermines and determines some key things in our lives, whether we have food security, whether we have housing quality, whether we have good access to schools or jobs."

As city leaders and others search for solutions, Baker says a public health approach is needed, and part of that includes targeting kids when they’re young.

"We’re talking about impacting families, impacting children very early in life, looking at things like adverse childhood experiences, so that before individuals get to adulthood, that we’ve already addressed those key concerns," he said. "You don’t wait until disease shows up to begin to think about prevention."

That’s because serious negative health impacts stemming from poverty begin in childhood. Baker says kids need to feel safe in order to thrive, but they often soak up whatever their parents are experiencing.

"They can feel stress, and that chronic stress that adults have, it sort of impacts children, and it doesn’t give them a chance to really thrive in their lives, and it can really create anxiousness, it can create a feeling of stress that one can’t turn off," he said.

That, Baker says, creates foundational issues that often manifest themselves down the road.

"Children living in these environments of chronic, unmitigated stress are more likely to have some downstream traumatic events in life," he said.

The effects of poverty can also have an impact on life expectancy.

Baker said a stark difference emerges when you look at two specific ZIP codes in Milwaukee – 53217 and 53206. While geographically these neighborhoods are right next to each other, they couldn’t be more different.

"The difference of growing up in one of these two zip codes — where chronic poverty is in one, and there’s a wealthier community in the other — is 12 years, is about 4,380 days difference of life expectancy," he said. "I think that’s just wrong. No one should have their life expectancy determined just by their zip code."

To that end, poverty is included in the city’s agenda for improving the health and well-being of Milwaukee residents, known as MKE Elevate. The plan tackles subjects such as economic security, fairness and inclusivity in society, and mental health.

And thinking in a trauma-informed way, Baker says, means government, community-based agencies, and anyone in the public health system need to be trained to have a better understanding of trauma, and the factors in the community that create it. In turn, he says, it’ll result in better care for those who seek it out.

"Just imagine if you went to your mechanic and he had no clue about the type of car that you were driving and no clue about how that car functions," he said. "We want to be informed, so when someone comes in for care, that we can impact their outcomes, and that’s what being a trauma-informed city and a state means. That we understand, we cover the waterfront, and we’re experienced in being able to meet the needs of anyone who would come through our doors."

But thinking about trauma shouldn’t just be the domain of those providing care. Baker says we all have a responsibility to look for signs of trauma and speak up, when we can. This can be something as simple as a day care worker speaking up when they’ve noticed unusual behavior from a child.

"The 'we' is all of us, and all of us can know that there are individuals who have a bad day but everyone should be prepared to do something about it, to intervene, and to make certain we can help people where we are" he said.

While Baker is optimistic that this approach will have a positive impact, he says that change won’t happen overnight.

"This is not going to happen immediately, but it won’t happen unless we get out of the gate and start doing this," he said.