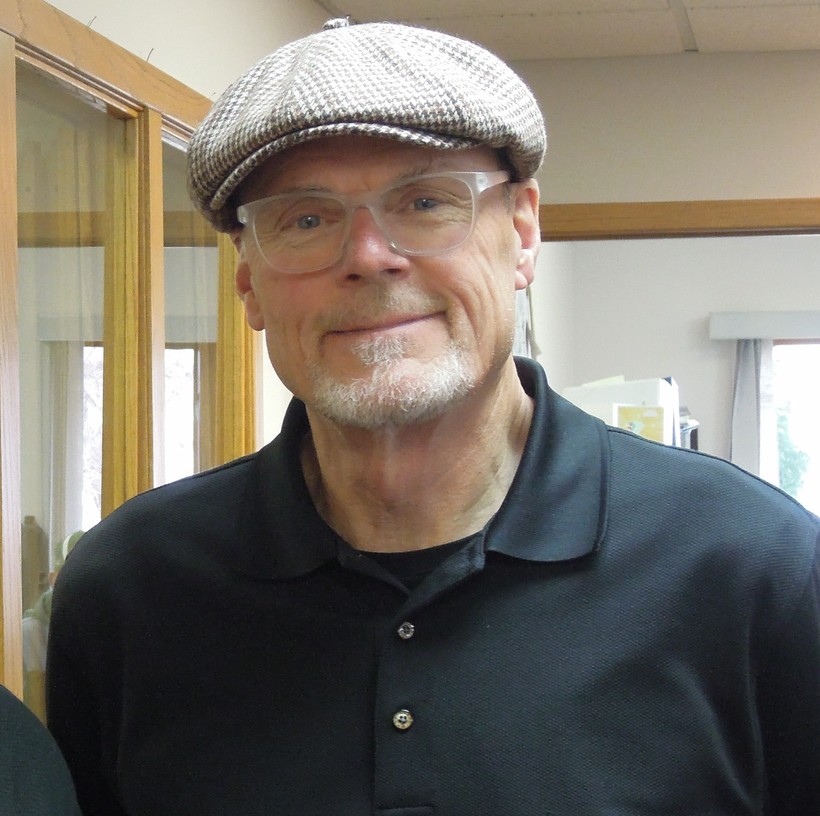 A familiar Wisconsin Public Radio voice and longtime promoter of western Wisconsin artists has signed off for the last time. Al Ross, who rounded out the final 14 years of his extensive radio career as host of WPR's "Spectrum West" passed away Friday. He was 73 years old.

Ross' booming voice and playful wit was unmistakable to those who tuned into his weekly arts and culture show on WPR stations in Eau Claire and River Falls. He'd often open with a short limerick of sorts to transition from sobering newscasts, putting his listeners at ease.

"And there you have the news of the country and the planet," said Ross at the start of one show. "It often looks like it can't get any stranger, can it? Hope your day is very good everywhere you're going. Don't look now, holy cow, our 'Spectrum West' is showing."

Wisconsin author Mike Perry met Ross in the 1990s, when he hosted a talk show on a commercial station in Eau Claire.

"I had self-published a book called, 'How to Hypnotize a Chicken' back in the early 90s," Perry told WPR. "And he invited me on to talk about my book."

After the interview, the two hit it off over lunch at a local diner and ended up running an advertising agency together as Perry pursued his writing career. He said he learned "how to use a microphone as an instrument" by watching Ross cut radio spots in single takes.

By the time Ross joined WPR's Eau Claire studios in 2008, he had spent nearly four decades on the air at commercial radio stations in Michigan, Florida and Wisconsin. In 2009, he became the host of the weekly arts and culture show "Spectrum West" and spent more than a decade interviewing artists from western Wisconsin.

Perry would rejoin Ross in the studio after becoming a New York Times bestselling author, humorist and songwriter.

Thomas Smith, poet and teacher from River Falls, was a frequent guest on "Spectrum West." He told WPR Ross was able to "bring an equal interest and curiosity" to interviews with visual artists, musicians or stage directors.

"He used his own wit to loosen up people, to get them to be spontaneous and to be more real with him and more real and honest with the audience," Smith said.

"If you look at the arts as being essentially healing to the human soul and to society, then to promote them publicly is to do a great service to the world," Smith said.

Kallenbach said Ross gave local artists and residents a one-on-one experience with WPR inside and outside the studio.

"For the listener, it just added this culturally rich accent to their experience living in the Chippewa Valley," he said.

Perry, the Wisconsin author, said he'll always remember Ross as one of the funniest people he's ever met. Part of that charm was Ross' proclivity for giving people nicknames.

"The one name I've never cared for is Mikey," said Perry. "And Al Ross is one of three people in the world who is officially approved and allowed to call me Mikey."

When Perry visited Ross' bedside days before he passed, he said he was greeted with a warm, "Hey, Mikey!"