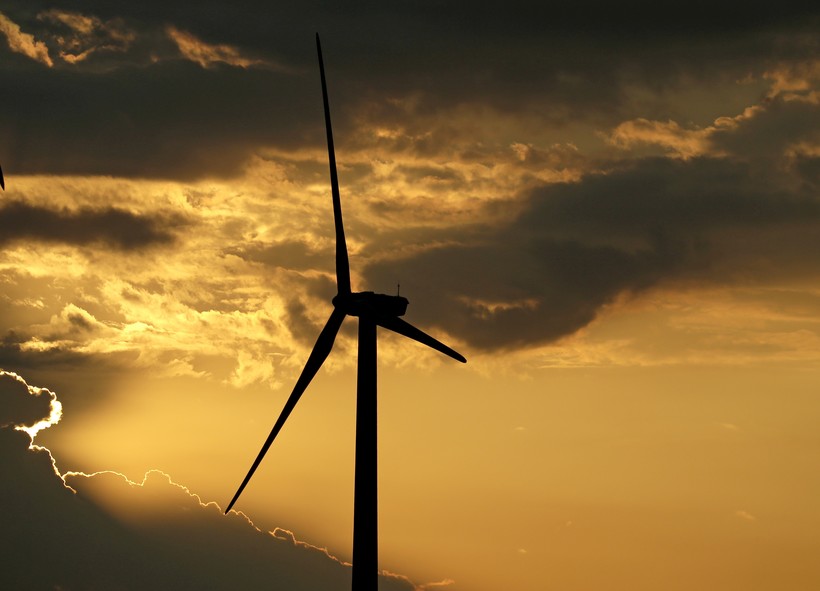 A wind turbine, which is part of the Lost Creek Wind Farm, is silhouetted against the setting sun Thursday, June 1, 2017, near King City, Mo. Charlie Riedel/AP Photo

La Crosse is the latest Wisconsin city to commit to using 100 percent renewable energy and becoming carbon neutral by 2050. The city council passed the resolution during a meeting July 11.

La Crosse Mayor Tim Kabat said the city started tracking its energy use in 2009 and has been ramping up sustainability efforts of Sierra Club initiatives like Ready for 100 and Mayors for 100% Clean Energy. Those efforts include things like tracking and reducing carbon emissions and adding renewable energy sources.

"This has been in the works for the last couple of years, really trying to reduce and ultimately eliminate our need for fossil fuels when it comes to our city operations, our building needs and what we need for fuel for our transportation fleet," Kabat told Wisconsin Public Radio's "Newsmakers."

Kabat said the goals come from the United Nations' Paris climate agreement, a climate change action plan that the United States withdrew from in 2017.

The Eau Claire City Council was the first Wisconsin municipality to set a carbon neutral goal, passing a resolution in March 2018. City council member Kate Beaton said the council was frustrated by the U.S. withdrawal and wanted to commit to the Paris climate agreement’s goals.

"There's a lack of action on the federal and even the state level to do our part to make sure we’re protecting our communities from climate change," Beaton said. "So we are adding to this movement that is empowering local communities to cut carbon emissions locally."

Kabat said he expects more Wisconsin communities to join the effort as city leaders are forced to respond to a changing climate.

"Seeing the more often and more severe storm events and flooding and all that, we have to deal with it," Kabat said. "We don't have the luxury of just arguing about politics and all that. We really have to get things done."

Kabat said La Crosse does not have a total estimate for how much the initiative will cost the city. But he said any investment in more sustainable infrastructure will ultimately mean cost savings for residents.

He said the city recently allocated around $4 million to install more energy-efficient lighting, and heating and cooling systems in city buildings this year.

Beaton said it’s impossible to know how much the initiative will cost cities because renewable energy technology continues to change. But she said the cost of climate change is guaranteed to be higher.

"We’re seeing communities who are having to repair their infrastructure now due to flooding or intense storms or taking care of their people has extreme heat or extreme cold is impacting their communities," Beaton said. "So I think that also should be considered when we talk about these solutions."

Both La Crosse and Eau Claire are served by utility company Xcel Energy, which made its own pledge to be carbon neutral by 2050 last December. Madison Gas and Electric has also committed to net-zero carbon electricity.

Kabat said reaching the 2050 goal in La Crosse would be difficult if Xcel wasn’t on board.

But Beaton said other Wisconsin communities shouldn’t let lack of action from local utilities prevent them from action.

"It’s kind of a chicken before the egg situation," Beaton said. "In making those commitments on the municipal level, that's sending a signal to their utilities that their customers expect them to keep up with the market and to keep up with the evolution of our energy."

Editor's note: This story has been updated to reflect that the Green Bay city council also passed the 2050 goals. Madison Gas and Electric is a sponsor of Wisconsin Public Radio.