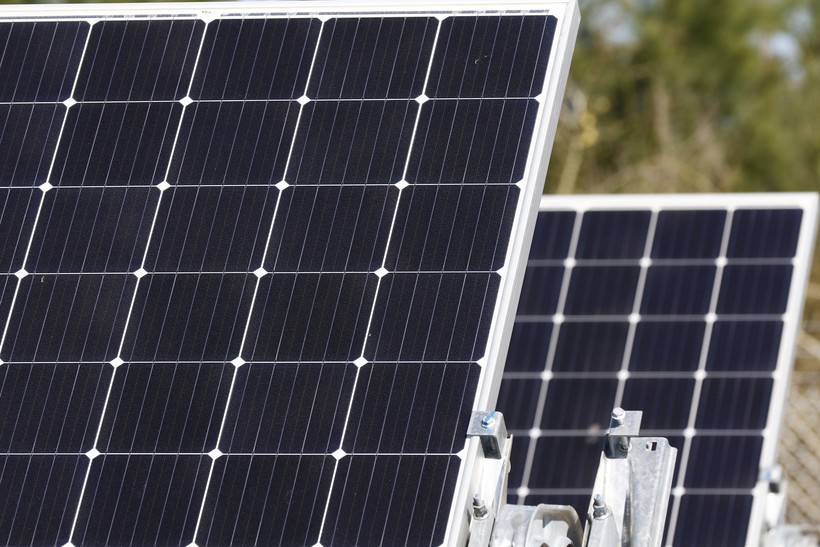 Eau Claire Wants To Be Carbon Neutral By 2050

The city of Eau Claire is the first municipality in Wisconsin to approve a sustainability plan that pledges carbon neutrality by 2050.

It's also the second Wisconsin city to endorse using 100 percent renewable energy by 2050 — Madison was first, according to Next City.

It ups the ante on a pledge the city made about a decade ago to have 25 percent of its energy to come from renewable energy sources by 2025.

Eau Claire City Councilwoman Kate Beaton said the city has already accomplished that goal for electric use but has fallen just short on fuel usage.

The city has been emboldened to increase its sustainability goals by a survey of city residents last year.

"Eighty-two percent of people in Eau Claire who were surveyed expressed a willingness to pay at least $10 more (per month) in their energy usage in order to switch over to renewables," Beaton said.

Eau Claire has been working with Xcel Energy to create a large solar garden at a former landfill site in the city. The electric services company is working on similar solar gardens in both Ashland and La Crosse.

Xcel Energy produces 25 percent of its energy from renewable sources like wind and solar.

"Our customers want it. So, being able to provide new products and services that our customers want makes good business sense," said Mark Stoering, president of Xcel Energy in Michigan and Wisconsin.

The solar gardens Xcel is building are paid for by the investments of individuals and businesses that will recoup their investment by selling the energy back to the electric grid. Stoering said more than 90 percent of the solar panels have already been purchased.

RENEW Wisconsin is a nonprofit organization that works to promote increased use of renewable energy like wind and solar. Executive Director Tyler Huebner said it doesn't matter if a person is putting in their own solar energy system to power their home, or an entire community commits to more renewable energy, all of these actions add up.

"The more actors we have stepping up — local government and our power companies are key ones — to see this is possible, that it makes economic sense," Huebner said. "It's going to continue to accelerate this trend."