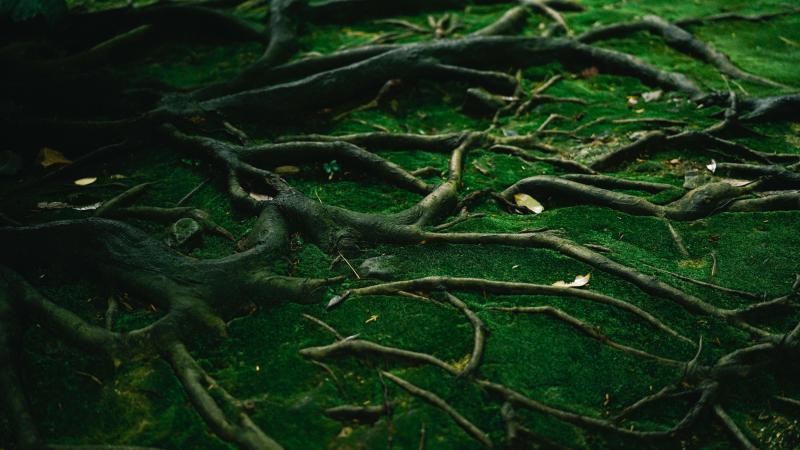 How trees collaborate to build healthy forests together

Forest ecologist Suzanne Simard on what makes logging practices sustainable, what allows forests to regenerate, and why she used to eat dirt
By Steve Paulson
Share:

Did you know that trees are social creatures, sharing nutrients and information with each other? They learn and remember. And thanks to the pioneering research of forest ecologist Suzanne Simard, we now know that a forest has its own kind of intelligence.

Simard’s work has also resonated beyond the scientific world. Her concept of the "mother tree" inspired the Tree of Souls in the blockbuster movie "Avatar," and she was the model for a character in Richard Powers’ Pulitzer Prize-winning novel "The Overstory."

But 30 years ago, Simard was a lone voice in the wilderness — one of the few female forest ecologists at the time and an outspoken critic of commercial logging practices. She tells this story in her memoir, "Finding the Mother Tree: Discovering the Wisdom Of The Forest."

In this interview with "To The Best Of Our Knowledge" for the Kinship series, Simard recounts how she discovered the symbiotic relationships within a forest, and why she feels a deeply personal connection to trees.

Steve Paulson: It will surprise a lot of people to hear that you grew up in a family of loggers. Logging is usually seen as the industry that’s destroying forests. How did those early years in remote forests shape your thinking?

Suzanne Simard: Well, I think it shaped me at the very core. I grew up in a family of horse loggers, so it was in my blood and bones and DNA. I grew up thinking of the forest as a safe haven. Horse logging was a regenerative practice, not a destructive practice.

The forest I grew up and worked in was inland rainforest, with lots of cedars and hemlocks, white pines and spruces. When my grandfather and great-grandfather and uncles and father logged, they would just take out a few trees, like the white pines. They created small gaps in the forest, and those gaps filled in with seed and naturally regenerated.

SP: So this is totally different from the big commercial logging operations that clear-cut whole stretches of a mountain.

SS: Yeah. I got a job with the forest industry in the late 1970s, when this commercial clear-cutting was getting started. I saw whole valleys being removed. It was not just taking the trees they needed, but taking everything.

It was definitely cheaper to go in there and just clearcut — eventually, chainsaws got replaced by feller bunchers, and now, operators in feller bunchers don't actually have to get out of the machine. Clear-cutting became more and more efficient, which made more and more money for these companies.

SP: What’s wrong with that?

SS: The seeds, the plants, and the old trees all play a role in bootstrapping that ecosystem to recovery. If you take out all the trees — for example, in my neck of the woods in British Columbia, there are some clear-cuts that are a thousand hectares — there’s not much seed source. Old trees provide the below-ground networks with fungi that are symbiotic with trees, and these are really essential to helping the new trees get started. The old trees also provide habitat for all kinds of species, like woodpeckers and bears, and all kinds of songbirds. And they also store a ton of carbon, which is really important today in the era of climate change.

SP: So growing up in a family of loggers, did you think about a forest in ways that were different from how scientists and other loggers thought about it?

SS: I think just from being a kid of the forest. The trees are huge, the roots overlap with each other. There are wall-to-wall plants — devil's club, thimbleberries, huckleberries, orchids — they're all in there together. It started as soon as I could walk.

I became fascinated with soils, the stuff that you could dig in, and I also loved to eat dirt. I have pictures from when I was just a little baby, my mouth full of dirt and worms.

SP: You went on to do your doctoral work on the relationship between Douglas fir and paper birch in British Columbia. What did you discover?

SS: The forest service in British Columbia had just enacted this new law called "free to grow," and it required that Douglas firs and all the trees they planted were free of anything that might compete with them. That included paper birch and all deciduous trees, as well as all the native plants. So there were helicopters spraying herbicides, and people out hacking at them with saws or axes or chemicals.

I started noticing that about 10 percent of these trees were dying from a fungal infection. So I knew that taking out the birch trees was creating an imbalance in the soil. I did my PhD, trying to figure this thing out — what the heck are we doing?

SP: You're suggesting that it's actually advantageous for the Douglas fir to have birch trees growing alongside them. You'd think they'd be competing for the same resources.

SS: Right? Everybody was so focused on competition, especially for light. But I didn't see it that way. In my upbringing, I saw all these plants as companions. So I wanted to figure out how they might help each other. I ended up looking at mycorrhizal fungi, which help the tree to grow in the soil, pick up nutrients and water and trade it for photosynthesis. It was like an extension of their root systems.

I also discovered that the more birch shaded Douglas fir, the more it gave carbon to Douglas fir. At the same time, it was competing for light. So it was like the two trees were in this balance, where they were actually competing and collaborating at the same time.

A diverse forest tends to be more productive and healthier. A lot of pathogens and herbivores are very specific to certain species, so if you lose one species — for example, lodgepole pine to mountain pine beetle — then you're going to lose the whole forest. Whereas if you have multiple species, then those remaining species that are not attacked can take over and fill in the crown and maintain the productivity and the cycling in the forest floors.

SP: When you published this study in Nature, one of the premier science journals, you got a huge amount of pushback from the timber industry and other academics. What did people say?

SS: There was a lot of criticism. Even at conferences, my work was getting criticized. And because I was so busy being a young mother at the time, I didn't respond very quickly. One person started hammering at me, and before I knew it, my Nature work was getting cited in the literature, and so were the criticisms. For me, this was really uncomfortable. I felt like I created this hailstorm, and I was suddenly the target.

SP: Do you think you were targeted partly because you were a woman in a field dominated by men?

SS: Certainly the criticizers were men. It was the 1990s, when there weren't many female ecologists. I also had this terrible combination of being shy and hating confrontation, and I had to overcome it. It took me years to even learn how to speak up in a meeting. Literally, it was painful, but now I can do it.

I encourage anybody with those problems to train yourself to overcome these things, because they can be a real setback in your career.

SP: Your work revolutionized the field of forest ecology and now, 25 years later, there’s a completely different understanding of the connectivity within a forest. Do you think a forest has intelligence?

SS: I've used the word quite a bit, but let me qualify it. Trees don't have brains or nervous systems, but what I've uncovered with my graduate students is that trees form neural networks in the forest. There are central hubs, like these big old trees that are linked to smaller plants and trees, and that complexity is really efficient at moving information. I've also learned that trees perceive and respond and are attuned to each other.

I have come to realize that this is a form of intelligence.

This interview is part of our series on Kinship with the More-Than-Human World, which is produced by To The Best Of Our Knowledge, in partnership with the Center for Humans and Nature and with support from the Kalliopeia Foundation.