Some voters are concerned about whether enough is being done to address homelessness in Superior. Those who work to help the homeless in northern Wisconsin say there's always more to be done.

Superior resident Carl Erickson, 33, thinks the biggest issue in the city is the number of people who are homeless.

"Everywhere I look there is people staying on the streets and stealing to just get food to eat," he said. "It’s just not right."

Northwest Wisconsin Community Services Agency in Superior serves people who are homeless or living in poverty across northern Wisconsin. The agency’s chief executive officer, Millie Rounsville, said they found around 100 people and families who were either homeless, living in temporary housing or staying at emergency shelters on a single day this past summer during the region’s most recent homeless point-in-time count.

Rounsville said they serve around 800 people each year through homeless programs.

"We also use hotel vouchers. In our more rural areas, we only have one physical shelter, which is a domestic violence program in Ashland," she said. "So that’s how we are meeting our needs in our rural communities. It’s predominantly with hotel vouchers." 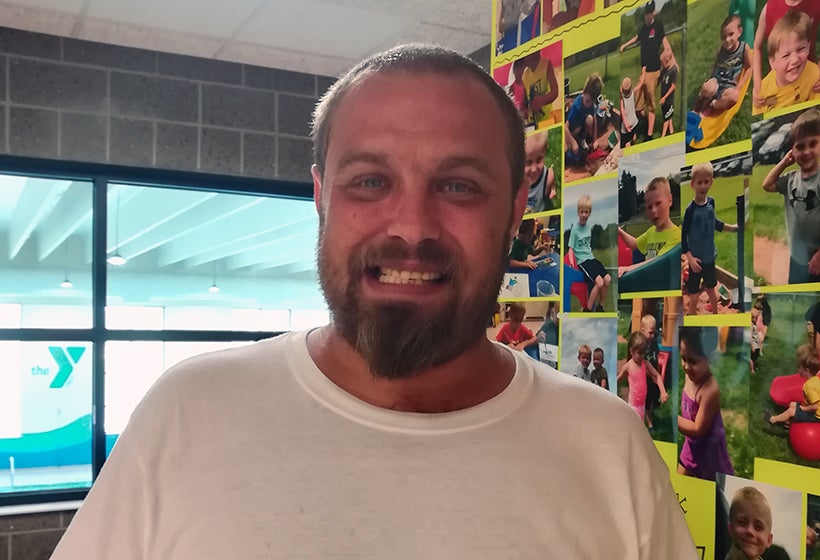 Superior resident Carl Erickson, 33, thinks the biggest issue in the city is the number of people who are homeless. Olivia Shalaby/WPR

Harbor House Crisis Shelters is a faith-based organization in Superior that offers emergency shelter to women and families in Douglas County.

Executive Director Rev. Barbara Certa-Werner said people come to them for a variety of reasons.

"They are living in a place that is unfit for human habitation," Certa-Werner said. "Or, they have faced eviction, or they have been couch-hopping and they are no longer allowed to couch hop."

The Salvation Army is also another faith-based nonprofit serving individuals in need.

Jasen Elcombe, the Salvation Army Corps officer in Superior, said they offer rental and utility assistance to those who need help making ends meet. But, he said they have to earn at least double their rent payment in order to qualify for assistance.

"If they are not making enough income coming in monthly and we were to provide funds to help them cover the rent for one month, the following month it’s likely that they might end up in the same situation again," he said. "So our idea is not to just put a band-aid on a wound but really to help somebody that is going to be sustained afterwards."

For those who become homeless, Certa-Werner and Rounsville said they don’t always have space for everyone who needs help. Rounsville sees many seniors, men, women and families who are struggling to make ends meet.

Certa-Werner said people sometimes come to them because they lack the education or skills necessary to find well-paying jobs. She said they may also struggle to find child care or pay for health care.

"The norm for Harbor House is the person who is in poverty and it’s been generational poverty. They just can’t get out of it," Certa-Werner said. "It has been their grandmothers, their grandparents, their parents, they and then their children. They don’t know any other way but poverty."

But, Harbor House works with with families to teach them skills to help them be more successful, said Certa-Werner.

All three nonprofits say they’ve seen people turn their lives around, including Elcombe with the Salvation Army.

"We do find people that have gone and gotten help with our programs here. They come back a couple of years later, and they are making a donation," he said. "They are saying, 'You know, you guys helped me when I was at a low point in my life, and now I just want to be able to give back.'"

But, Rounsville said others can face many barriers, including drug and alcohol addiction.

"That has happened from time to time where individuals weren’t able to maintain sobriety — lost the housing that was afforded for them," she said. "Then, hopefully, (they) went through treatment, maintaining sobriety and start over."

Treatment options are also limited in Superior and northern Wisconsin. Both Rounsville and Certa-Werner said more jobs that pay people a living wage would be one step toward reducing homelessness in the region. But, Certa-Werner said it will take more than that to keep people off the streets.

"Until we can find ways to deal with some of the trauma that they have experienced. Until we are able to make some transition into our culture to support single moms in a better manner, we are going to find that the issues of poverty are always going to come out and rage their ugly heads," she said. "Because if we don’t deal with all of those things, then we are just going to continue to have homelessness."

Rounsville agrees it’s a never-ending battle. She said it seems like as soon as one person finds housing another one comes in the door looking for a place to stay.