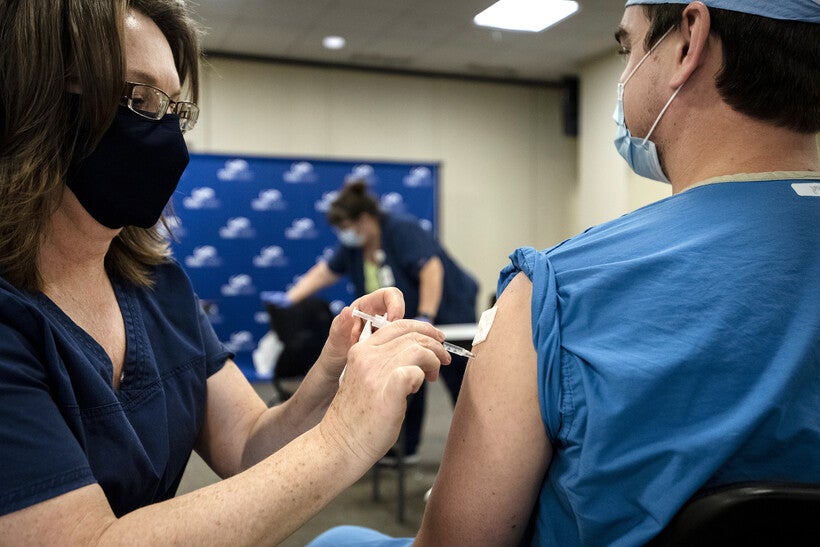 Health Officials: Pandemic Progress Depends On More Than The Vaccine

Statewide, More Than 110K Vaccines Have Been Administered, But Mass Rollout Will Take Some Time
By Shamane Mills
Share:

Wisconsin reached another grim milestone this week as COVID-19 claimed the lives of more than 5,000 people in the state. Meanwhile, Milwaukee began vaccinating public employees considered to be at highest risk of contracting the disease.

On Wednesday, the Milwaukee Health Department started giving shots to staff who have the most patient contact at the city’s clinics along with those working at community testing sites. The Fire Department’s emergency responders will get half the city’s initial allocation of 100 Pfizer doses, the other half going to the city health department.

Another 800 doses are expected to begin arriving in Milwaukee Monday in staggered shipments so the fragile vaccine can be used quickly after being taken out of ultra-cold storage, said Milwaukee Mayor Tom Barrett.

In the Madison area, 1,454 shots have been administered so far to frontline health care workers not affiliated with a hospital — including EMS workers, dentists, private practice doctors and pharmacists — according to Public Health Madison and Dane County.

Statewide, 110,201 doses have been injected into arms over the last four weeks, and some people are starting to get the second shot of a two-dose regimen, state Department of Health Services Deputy Secretary Julie Willems Van Dijk said Thursday. 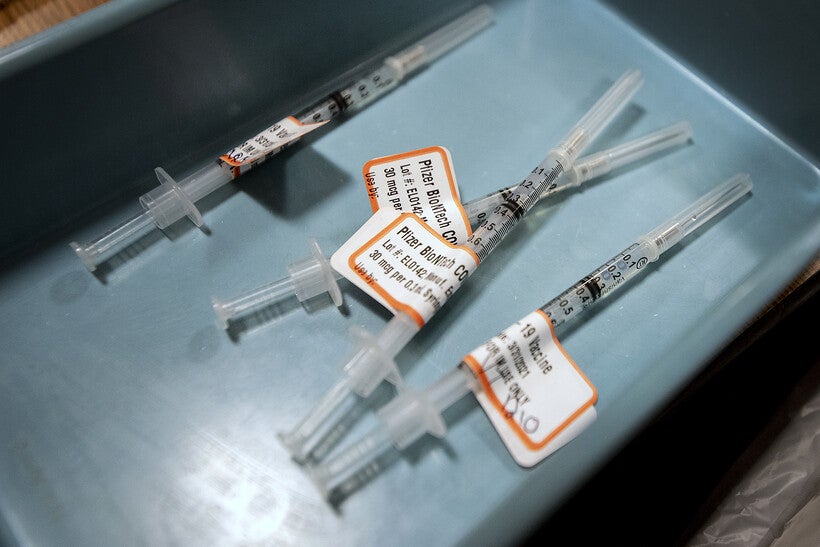 Wisconsin could start vaccinating the next priority category, such as essential workers, by the end of the month she said, depending on supply. Right now Wisconsin is getting 70,000 doses a week from the federal government and some of that will be set aside for nursing homes.

The development of the vaccine has brought relief and frustration between those able to get a shot right away and those who have to wait.

"For the foreseeable future, demand is going to outstrip vaccine supply," said DHS Secretary Andrea Palm in a recent press briefing where officials were peppered with questions about vaccine availability.

"All this interest in vaccinations, I get it," said Gov. Tony Evers, "but at the end of the day, if we let our guard down because of the expectation that we’re going to get a shot tomorrow and life is going to be good, we will be making a horrible, horrible mistake because it is going to take us a long time to get these vaccines in people’s arms."

The nation’s top infectious disease expert, Dr. Anthony Fauci, has said the U.S. could soon be giving at least a million COVID-19 vaccinations a day despite the sluggish start.

In order to make it more difficult for the virus to spread and achieve what is known as herd immunity, it has been estimated that 70 percent of people may have to be protected against the virus, either through vaccination or exposure. To vaccinate that percentage of people, Willems Van Dijk said the state would need to triple the current amount of vaccine it's getting from the federal government each week.

There are still unknowns as to how the two COVID-19 vaccines approved for use in the U.S. actually work, specifically whether someone who had been inoculated against the disease can still spread it to others.

"The clinical trials were designed to determine whether the vaccines can prevent symptoms and hospitalization in people. They did not test whether or not somebody can still carry the virus despite being immunized and potentially pass that virus to others," said Ajay Sethi, an epidemiologist and associate professor in the University of Wisconsin-Madison Department of Population Health Sciences.

That’s one reason, along with the fact that relatively few people have been vaccinated so far, health officials and hospitals are reminding people not to let down their guard.

In mid-November intensive care units across the state were at 95 percent capacity. Hospital capacity has improved but cases are ticking upward again.

Hospital staff are tiring, she said, and traveling nurses have been brought in so employees can work less overtime. While the hospital has fewer COVID-19 patients in the ICU than at its peak, many are very ill and Wetzel said it's taking a physical and mental toll on staff.