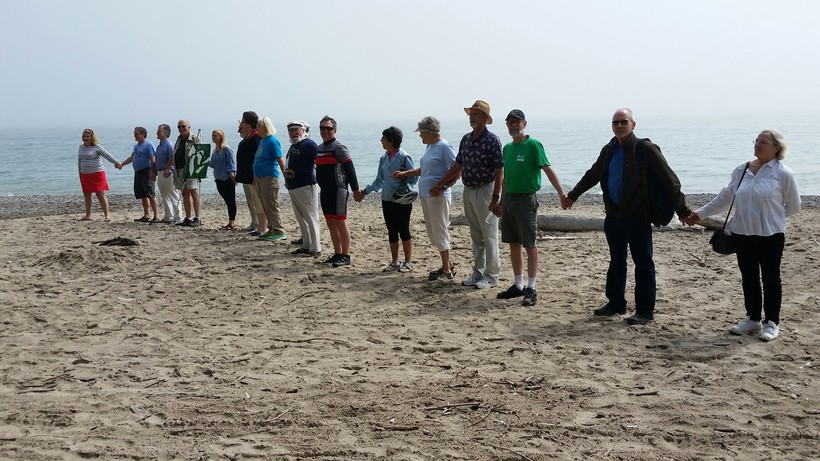 Great Lakes advocates gather for an "All Hands On Deck" rally Monday, at Doctors Park in Fox Point.

Great Lakes advocates across the Midwest held events in more than 60 cities Monday, as a budget battle nears in Congress. It was part of a publicity effort called "All Hands On Deck."

"Today, and on the  Fourth of July, there's probably going to be a lot of people at the beach . It's very important we have sources of funding that goes to state and local governments, so they can test these beaches and make sure they're safe for us to swim and play," Nenn said.

"It may not be sexy, but it's really, really important, particularly for the Great Lakes, where you have a lot of municipalities that are discharging directly into the lakes," Davis said, adding that many lakeside communities are on the verge of needing to update their sewage treatment systems.

Trump's budget proposal calls for money for the Great Lakes to instead be spent  on national defense.