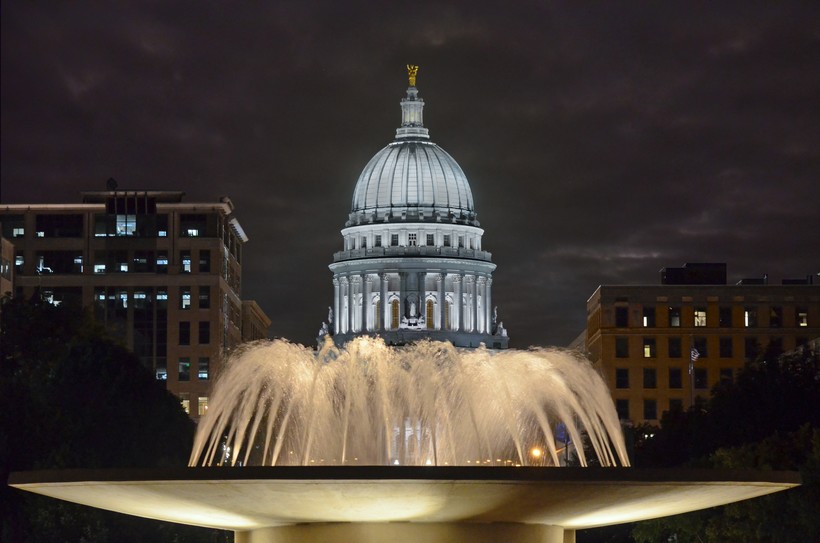 Republicans on the Legislature's budget committee passed a transportation package Tuesday that would shelve major highway projects in Milwaukee while raising the prospect of construction delays elsewhere in Wisconsin.

The plan that passed on a 12-4 party-line vote would also cut hundreds of positions at the Wisconsin Department of Transportation, end the prevailing wage law for state construction projects, loosen regulations on heavy trucks, and limit the power of local governments to regulate sand and gravel quarries.

When it comes to road funding, Republicans would borrow a little more than $400 million, which is about $100 million less than Gov. Scott Walker proposed, and the lowest amount in more than a decade.

But that reduction in borrowing, coupled with the lack of a significant new source of revenue like a gas tax or a vehicle registration fee, would mean the state's transportation dollars would be stretched thin.

"We're going to pass a responsible budget that lives in our means," said state Rep. John Nygren, R-Marinette, one of the Republican co-chairs of the Legislature's budget committee. "But (in) no way are we solving our transportation funding challenge."

It was an unusually frank admission from Nygren, one echoed by other Republicans who said they wanted a more long-term solution to transportation funding than the one that Walker presented in his budget or the one they passed Tuesday night.

But Democrats on the committee, like Rep. Gordon Hintz, D-Oshkosh, chided GOP lawmakers, saying they didn't even attempt to address Wisconsin's deteriorating highways.

"It demonstrates that you guys have given up on the illusion that you remotely care about the jobs you were elected to do," said Hintz. "In two years, the problem is going to be worse."

The GOP transportation plan would fund projects that were included in Gov. Scott Walker's budget earlier this year, including the continued widening of Interstate 39/90 south of Madison to the Illinois border. An expansion of Interstate 94 south of Milwaukee would also receive more than $250 million in new state borrowing as part of Wisconsin's Foxconn bill.

But the state won't move forward with an expansion of Interstate 94 west of Milwaukee between the Marquette and Zoo interchanges, a project that many southeast Wisconsin Republicans and business leaders wanted.

"I am disappointed about I-94 east-west," said Sen. Alberta Darling, R-River Hills. "I would say it is short-sighted."

In addition, the plan would prohibit the state from spending any money in this budget on construction of the north leg of the Zoo Interchange.

"You stood for this with your name on it?" said Sen. Lena Taylor, D-Milwaukee, to Darling. "The Zoo exchange in exchange for giving some more to Foxconn."

While Republican lawmakers won't increase the state's gas tax or vehicle registration fee to pay for roads, they will create a new $100 annual fee for electric cars and a $75 fee for hybrids.

The new fee is projected to generate about $8 million in revenue for state government in the next budget. To put that in perspective, the expansion of I-39/90 is projected to cost the state as much as $1.6 billion once it's complete.

Asked whether the budget would lead to delays at road projects throughout the state, Nygren said that would be up to the Wisconsin Department of Transportation.

"We're not going to specify delays," Nygren told reporters ahead of Tuesday's vote.

"But," Darling added, "There will be some that are not going to go as projected."

Other provisions of the GOP transportation plan would:

Republicans said they would vote on the rest of the budget Wednesday, including provisions on taxes and a plan by Walker that would add new auditors at the state Department of Revenue.

Nygren said they'd also likely vote on what's known as a "wrap-up motion," which is typically a catch-all of bills and other budget ideas on lawmakers' wish lists. In the last state budget, the wrap-up motion included a provision that would have severely weakened Wisconsin's open records laws.