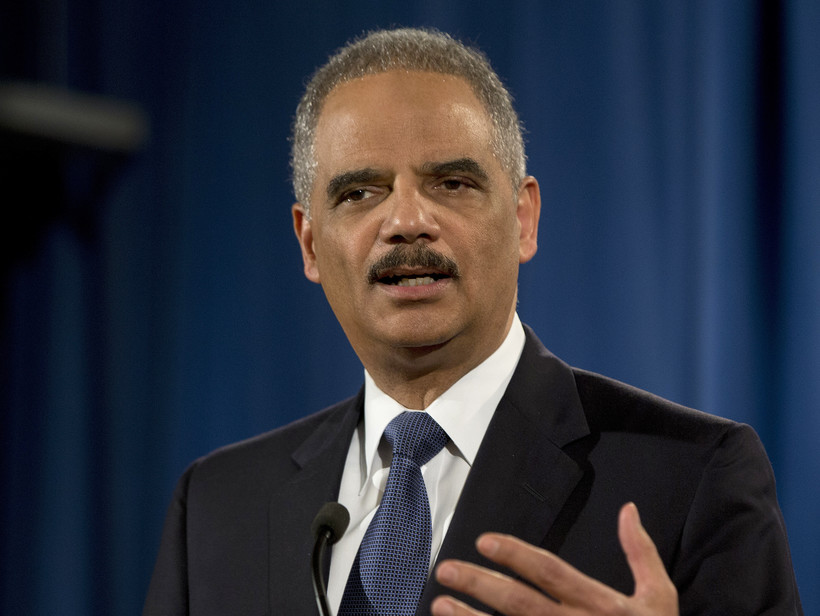 Holder last visited the state in March when he was campaigning for then Wisconsin Supreme Court candidate Rebecca Dallet, who was sworn into office as the newest state Supreme Court justice in August.

In February, the National Democratic Redistricting Committee — a group Holder chairs — sued Gov. Scott Walker for not holding special elections in the 1st state Senate District in northeast Wisconsin and the 42nd state Assembly District in south-central Wisconsin. A judge ultimately ordered Walker to hold special elections for the seats, and Walker complied.

The NDRC has spent hundreds of thousands of dollars on Wisconsin elections. On its website, the committee labels Wisconsin as a 2018 electoral target. Among its goals, flipping the governor’s seat.

"The notion that Scott Walker would ever say anything about outside interests coming into this state is laughable. Let me tell you right now, I don't work for the Koch brothers, I don't work for ALEC," Holder said, adding that he represents a party concerned about Wisconsinites.

"Today’s visit by Barack Obama’s attorney general is the latest proof that national Democrats will do and spend what it takes to defeat Scott Walker," spokesman Austin Altenburg said. "Holder and other outside special interests have already spent millions to distort Walker’s record of reform — and take us backward with far-left policies that would lead to higher taxes and more dangerous communities."

After speaking to reporters, Barnes, Evers and Holder took part in a criminal justice reform discussion at Coffee Makes You Black coffee shop in Milwaukee.

Last month, Walker accused some of the Democrats vying to win their party’s primary — including Evers — of wanting to release thousands of violent felons onto the streets.

Walker came to this conclusion using state Department of Corrections’ 2017 data that cites 67 percent of inmates have committed a violent offense.

In response, Evers’ campaign has maintained that a pledge to reduce the prison population is not a promise to release violent criminals.

Evers' reform platform includes his support for ending the use of solitary confinement, especially among juveniles.

"Not only being prepared for a job or being prepared mentally but also affordable housing, making sure that we have good jobs there and to make sure the support is there when we can make that happen," Evers said.

Evers and Barnes also argue the way to reduce the prison population and reform the criminal justice system in the state is to invest in treatment and diversion programs that keep people out of jail when possible.

Evers also said he plans to put an end to crimeless revocations, the practice of placing people back in prison for a violation of parole even if the person did not commit a new crime.

Still, both Evers and Barnes remained critical of Walker's decision to not visit Wisconsin prisons.

Walker has said though he finds "no value" in visiting prisons, he has spoken to inmates who have taken part in the state's existing re-entry support programs.