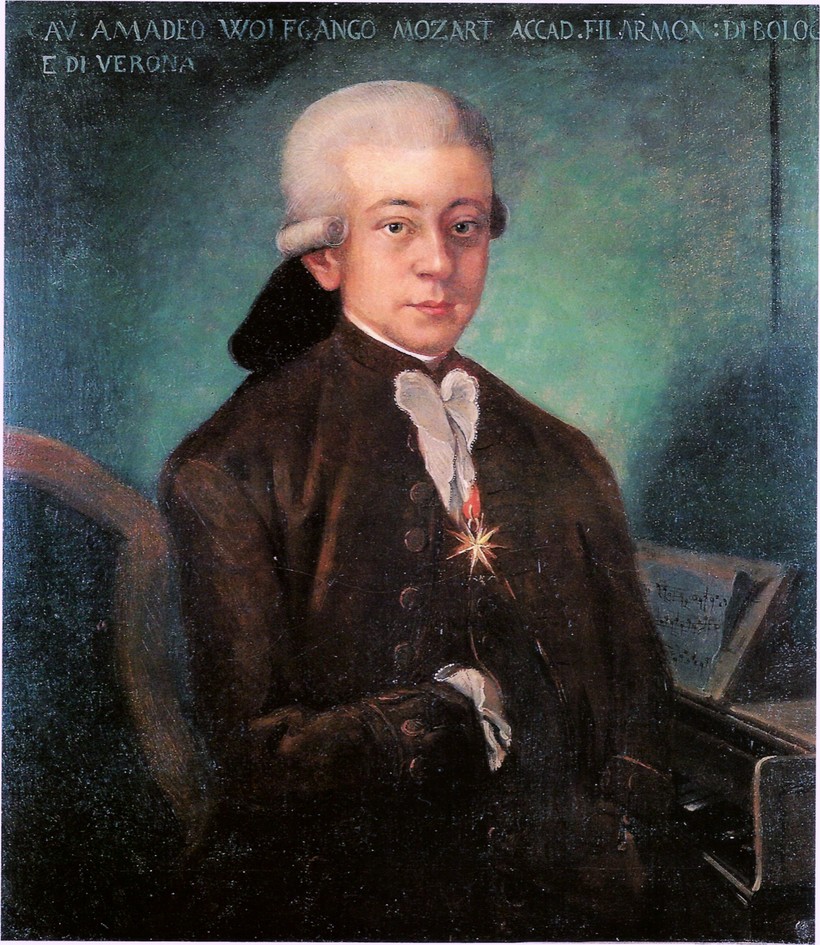 In April 1778 twenty-two-year-old Wolfgang Amadeus Mozart was in Paris hoping to build an international reputation.  It had required considerable prodding from his father to get Mozart to go to Paris, largely because Mozart had fallen in love with Aloysia Weber.  But once he got to Paris Mozart plunged into his work--teaching, visiting important people and composing for the well to do.

He had been in Paris for only a week or two when a man named Le Gros, the director of the Concerts Spirituel, asked him to write some choruses to improve a Miserere for an upcoming concert.  On April 5th Mozart wrote to his father in Salzburg:

“I must say that I'm right glad to have that task behind me because it really is awful not to be able to write at home and to be rushed at that. But now--God be praised--it's finished.  I hope it will prove effective.  Monsieur Gossec, when he saw the first chorus, said to Le Gros--I wasn't present--that it was charming and could not fail to be successful, that the words were wonderfully arranged, and above all, admirably set to music.  He's a kind friend of mine, but very reserved.

“I am not merely to write an act for an opera, but an entire two-act opera.  Noverre, the ballet master with whom I dine as often as I wish, made it happen, suggested the idea in fact.  I think it's to be called Alexander and Roxana.

I'm about to compose a Sinfonie Concertante.  The flutist will be Wendling, the oboist Ramm, the French hornist Punto, and the bassoonist Ritter.  I must say, Punto plays splendidly. I have just this moment returned from the Concerts Spirituel.  Baron Grimm and I often pour out our wrath on the music here. You can be sure though that it's only between the two of us.  In public we cry out, "Bravo! Bravissimo!" and clap our hands until our fingers tingle.