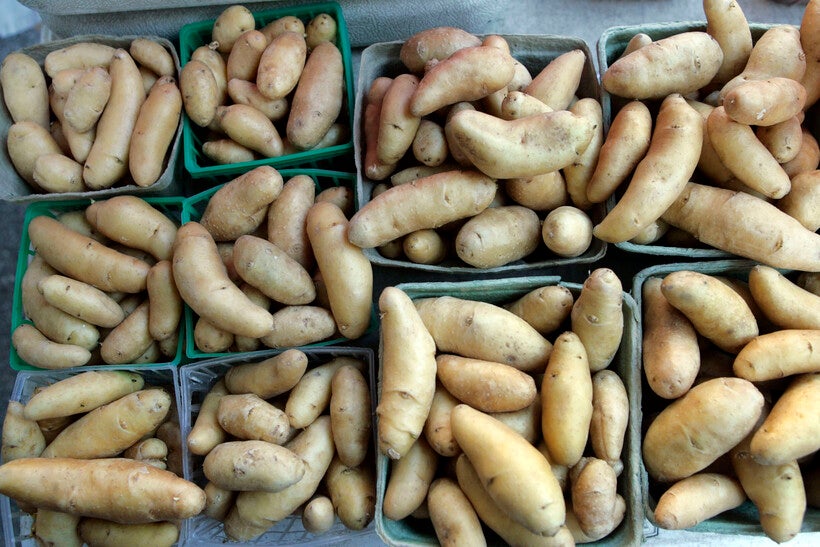 Lost demand from restaurants and schools during the coronavirus pandemic is hurting farmers across Wisconsin, but some who are producing food for the grocery store and retail sectors are enjoying increased sales as more people stay home.

Tamas Houlihan, executive director of the Wisconsin Potato & Vegetable Growers Association, said about 60 percent of potatoes produced in the United States are processed for the food service industry. Without restaurants and schools to use up last year's potatoes, Houlihan said there will be storage problems when the 2020 crop is harvested.

"It's going to be a really bad situation in the fall. We just know there's going to be a huge oversupply of potatoes. And when that happens, the price plummets and our growers can't even recoup their cost of production," Houlihan said.

He said his organization has been working with the Hunger Task Force in Milwaukee and other food pantries to try to redirect some of the products meant for the food service industry.

About one-quarter of the state's potato crop is grown for the processing industry. But Houlihan said he expects many growers to change their plans for 2020 in response to the pandemic.

"They're going to shift from being strictly a processing grower to maybe some chips or maybe the fresh market," Houlihan said. "If they're smart, this year they're just going to plant less."

He said potato chip sales at grocery stores have increased since the start of stay-at-home orders around the country. Around half of the state's potato crop are sold as fresh potatoes, which Houlihan said have also seen a recent surge in sales.

He said home use of potatoes, along with canned and frozen vegetables, had been declining for years.

"We're hoping that as more people get used to doing that, that they'll continue to do it even after the pandemic. So that's the silver lining in all of this. That we hope that it creates a resurgence in home cooking and home use of potatoes and vegetables," Houlihan said.

The state's cranberry growers are also worried about a potential oversupply of the fruit this fall.

Tom Lochner, executive director of the Wisconsin Cranberry Growers Association, said the cranberry industry has seen out-of-home consumption drop by 60 percent since the start of the pandemic.

Cranberry juice products are mostly consumed at home, which Lochner said saw a slight increase in sales when consumers stocked up at grocery stores in March.

"Now, we're seeing sales drop back down and we expect that they’re going to fall off as we move into the next few weeks," Lochner said. "We haven't seen prices for growers decline yet, but we anticipate that as demand declines and sales drop off, there will be an adjustment."

He said the pandemic hit the cranberry industry just as growers were recovering from the impact of retaliatory tariffs from China and other countries.

Lochner said growers can't lower their production levels this year because cranberries are a perennial crop. But he said the industry had been working to adjust their supply before COVID-19 arrived in the state.

"We had a very short crop last year and we had two years of supply management prior to that. So our inventories are, to be honest with you, quite low right now and probably more in line with where they should be," Lochner said.

The U.S. Department of Agriculture recently announced it would award $16 billion in direct payments to farmers in response to the pandemic, along with purchasing $3 billion in fresh produce, dairy products and meat for food assistance programs.

Lochner said he isn't sure cranberry growers will be eligible for the direct payment program, but he’s hoping Gov. Tony Evers' administration will create their own assistance program for farmers in the state.

"There's a lot of farmers out there that are hurting and could use some assistance. And taking a portion of the federal assistance and directing it toward agriculture and toward farmers makes sense to us as a community," Lochner said.

Across the country, poultry and other meat processing plants have struggled to protect workers from the spread of the new coronavirus.

But Nick Levendoski, president of the Wisconsin Poultry & Egg Producers Association, said egg producers have seen increased prices at grocery stores since the start of April.

"Naturally, you're going to have a little bit of a boost around the Easter holiday for eggs. But the doubling of demand was completely ... the companies were completely unprepared for that type of demand in that short of a time period," Levendoski said.

He said much of the supply chain issues has come from not having enough packaging for retail sales. He says cartons are mainly produced in the southeastern U.S. or imported from Canada and Mexico.